1:54 fair in London turns its gaze to North Africa 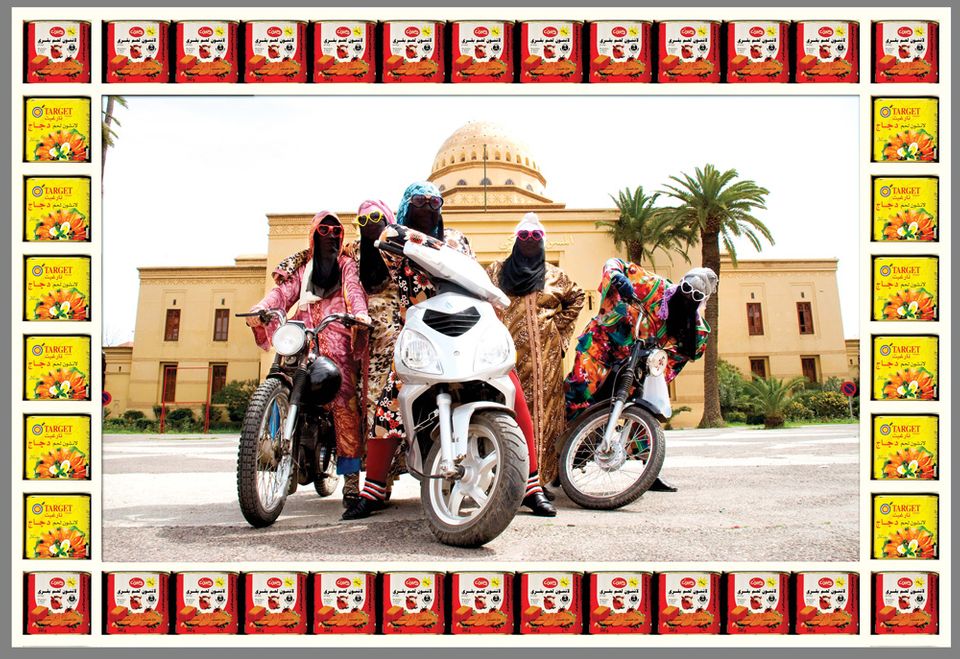 With one eye on the launch of its first African edition in Marrakech in February, 1:54 in London has a distinctly North African flavour this year. Of the 42 galleries, six are from North Africa (three of which are Moroccan), compared with just one gallery from the region when the contemporary African art fair began in 2013.

“It took a few years to convince Moroccan and North African galleries to do 1:54–there is the question of whether they belong to African or Middle Eastern culture,” says the fair’s founding director Touria El Glaoui. “Now they have found their place. We always wanted the fair to about 54 countries, the whole continent.”

The images are intended to challenge Western perceptions of the veil. “The word ‘empowerment’ always comes into discussions about the veil in the West, which is the totally wrong way of looking at it. It’s a woman’s choice to wear a veil,” Hajjaj says. Works from the series, as well as My Rock Stars: Volume 2, are available through Vigo gallery priced between £8,000 and £25,000.

Another of the fair’s special projects is dedicated to the Marrakech- and Berlin-based artist, Hana Tefrati, whose work also tackles issues of gender, sexuality and feminism. Tefrati will perform Desire Path on 6 October, a durational performance that calls attention to the marginalised queer communities in Morocco. The work has been co-produced by Mint Works, an artist-run platform based in Marrakech led by Jean Feline, Florence Devereux and Taïs Bean.

“Questioning gender and sexuality has to happen now. And especially from a female perspective,” Tefrati says. “The male dominated art scene in Morocco creates even more importance for women to talk about feminism, patriarchy, desire, religion, female empowerment and the body. 1:54 is a great opportunity for female artists to showcase work which may have never been presented within Morocco.”

Meanwhile, Zineb Sedira, who was born in Paris to Algerian parents, is showing recent photographs of the Mediterranean, focusing on the wakes or trails left by the passage of ships. “For me, the sea has always held a special importance,” she says. “Much of my work is based on my family experience of emigrating by boat from Algeria to France in the early 1960s, and subsequently my own travel from Calais to Dover to London in 1986.”

The works also conjure images of the current refugee crisis. “This is something North African countries have had to deal with for many decades, involving their own citizens and more recently men and women from the other side of the Sahara desert. But the crisis has increased dramatically with the recent wars in the Middle East and increased poverty across the African continent,” Sedira says. The photographs are for sale at Plutschow Gallery.