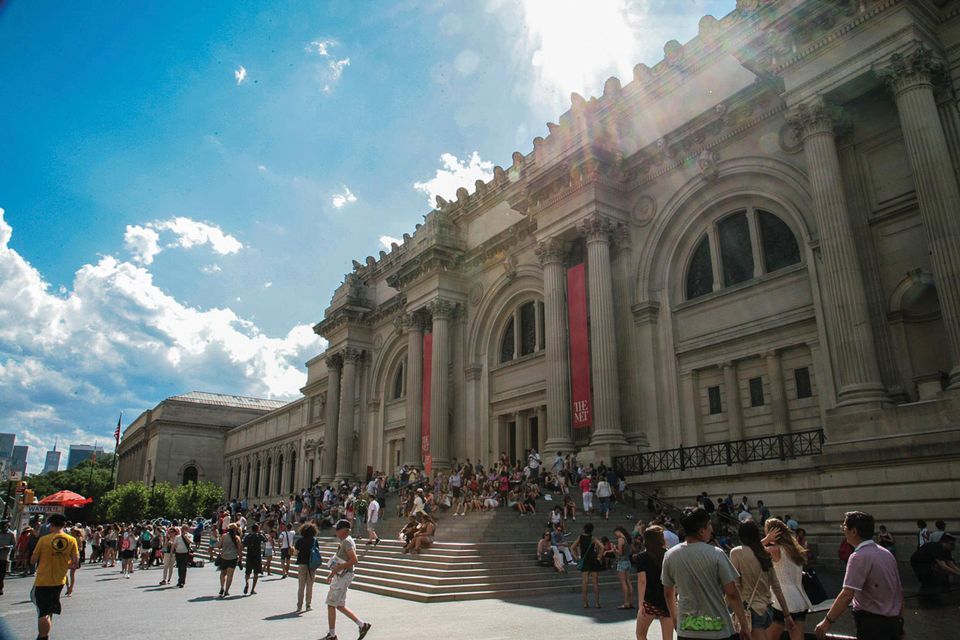 This is not the Met of Philippe de Montebello, someone remarked at the Metropolitan Museum of Art’s annual spring media press breakfast today, referencing the institution’s venerable former director from 1977-2008. And about nine months since he took over as director, Max Hollein is indeed making his mark at the New York institution.

Hollein’s commitment to integrating Modern and contemporary art at the Met’s Fifth Avenue building is evident in the upcoming exhibition programme, most notably, the fulfilment of his promise of new annual commissions for two public spaces. The Cree Canadian artist Kent Monkman, whose practice is “a new idea of modern history painting”, Hollein said, will make monumental paintings for the Great Hall (19 December-12 February 2020). And the Kenya-born artist Wangechi Mutu, who makes pieces with “fantastic otherworldly narratives”, Hollein said, has been chosen for the first ever project for the empty sculptural niches on the Fifth Avenue façade. She is creating sculptures—already being cast, Hollein said—based on works in the Met’s collection (9 September-12 January 2020).

While Mutu’s sculptures are the first site-specific pieces, Hollein was careful to point out that one of the niches had been “used” before—by the beloved children’s television character Big Bird, who posed playfully in them for a 1983 Sesame Street special titled Don’t Eat the Pictures (a museum etiquette tip from his friend Cookie Monster).

The packed line-up presented by Hollein and the Met’s deputy director for exhibitions, Quincy Houghton, also includes several solo artist presentations, such as this month’s premiere of the Icelandic artist Ragnar Kjartansson’s seven-screen video installation Death Is Elsewhere (30 May-2 September); a retrospective of the late Indian sculptor Mrinalini Mukherjee (4 June-29 September) at the Met Breuer (although further plans for the Met outpost were not discussed); and a survey of the Swiss-French Modern artist Félix Vallotton (29 October-26 January 2020), which will pair his portrait of Gertrude Stein along with Picasso’s, one of the centerpieces of the Met’s Modern collection. The omnipresent Leonardo will be represented in a single-work display of Saint Jerome in the Wilderness (around 1480), which might have belonged to the 18th-century Swiss painter Angelika Kauffmann, on loan from the Vatican Museums (15 July-6 October).

Meanwhile, marking “a very important milestone”, the Met’s president and chief executive Daniel Weiss presented a balanced budget for the first time in three years. (The museum ended the 2016 fiscal year with a deficit of $8m, down from a potential $40m. Its current annual operating budget is $350m.) The Met’s controversial change last year to scrap its pay-what-you-wish admissions policy for non-New Yorkers “helped us with our finances, but didn’t affect access or feeling of welcome” to the museum, Weiss said, and there was “no negative effect” on attendance among any measured group.

Weiss also discussed multiple building and renovation projects, including the ongoing $150m European Paintings Skylights Project, launched last summer and due to be completed in 2022—which he said “is not especially glorious, but it’s really important”. While Weiss generally discussed the need for an overhaul of the Lila Acheson Wallace wing for Modern and contemporary art—which “looks a little bit like a prison” from Central Park, he said—he did not give an updated timeline for the planned Chipperfield-designed Modern and contemporary addition, which is expected to cost $500m and was put on hold in 2017.