A record-setting $30.1m sale of an Assyrian relief at Christie's raises red flags

The 31 October sale has prompted calls for repatriation and criticism of the seller, highlighting the gap between art ethics and law 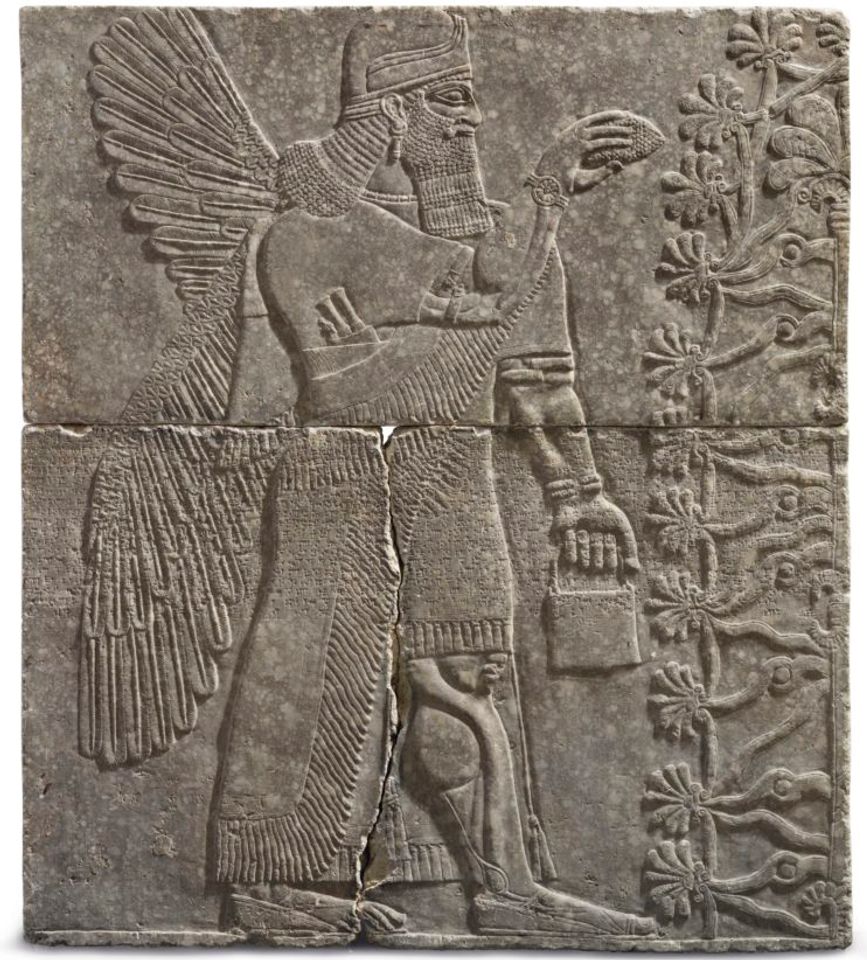 An Assyrian gypsum relief of a Winged Genius sold for $30.1m on 31 October in New York. Courtesy of Christie's Images Ltd 2018.

A 3000-year-old Assyrian relief sold at Christie’s New York on 31 October for $30.1m, tripling its estimate and setting an auction record for Assyrian work. The sale, however, has provoked the Iraqi Ministry of Culture to call for the repatriation of the panel and is drawing widespread criticism of the Virginia Theological Seminary’s decision to sell the rare seven-foot relief.

According to Christie’s, the work is one of the earliest-known examples of ancient art to reach American soil after Sir Austen Henry Layard excavated Nimrud’s royal palace and sold the relief to the missionary Henri Byron Haskell, who brought the work to Virginia in 1860—when Iraq didn’t yet have a cultural property law in place. Moreover, its detailed 160-year provenance relieves the work of any further looting liability under UNESCO’s so-called “1970 rule”, which states that antiquities should be held suspect and considered illicit only if it has no collecting or excavation history prior to 1970.

“There is a clear consensus that the sale was legal under US law,” says Patty Gerstenblith, the director of the Center for Art, Museum and Cultural Heritage Law at Chicago’s DePaul University College of Law. But the moral and ethical issues are less clear cut. Gerstenblith says she is sympathetic to the Iraqi position, particularly in light of the recent destruction of its cultural heritage, including at the Neo-Assyrian sites.

“At a minimum, I believe it is incumbent on Christie’s and the purchaser to reveal the purchaser’s identity, so that the Iraqis have an opportunity to keep track of what is, ultimately, part of their cultural heritage,” she says.

Leila Amineddoleh, who specializes in art, cultural heritage and intellectual property law at the eponymous firm she runs in New York, is sympathetic to both sides of the debate but cautioned that the law doesn’t necessarily match the public’s concerns. “It did kind of break my heart to think that this piece, which was owned by a public institution and that people could view, could potentially disappear,” she says. “It could go into private ownership and no one would have access to this amazing, unique piece.”

On public display in the institution’s library until last year, Virginia Theological Seminary sold the relief to support its scholarship fund. Curtis Prather, Virginia Theological Seminary’s communications director, says efforts were made to offer the relief to local institutions, such as the Virginia Museum of Fine Arts and the Museum of the Bible, “but we’re not at liberty to discuss the details”. He also refutes claims that the work should return to Iraq.

“We’re aware there’s a lot of misinformation circulating,” he tells The Art Newspaper. “I refer you to Christie’s for details of Iraqi objections. I can assure you they were handled thoroughly and respectfully.”

Other’s objections have been less gracefully received, perhaps. Noting that a Christian missionary had “stolen” the work, one Twitter user shared a photo of the auction and commented, “This is how white Christian[s] celebrate looting.” Michael Badal, a musician in Los Angeles, told his more than 40,000 Twitter followers that the sale of “a piece of my ancient Assyrian heritage is appalling, immoral, and deplorable.” He told Christie’s and the seminary, “Shame on you for making a profit on a piece of our stolen history.”

“What kind of a shitty God and religion will allow missionary to steal others [sic] civilizations property,” another Twitter user asked.

Cathay Smith, an associate professor of law at the University of Montana’s law school, says these ethical concerns these comments highlight include the further deprivation of a society's cultural heritage, and the decontextualisation of a significant heritage property. Furthermore, the high sale price and publicity of the Christie's sale could have the “unexpected consequence of encouraging more looting and smuggling of Assyrian heritage due to its perceived profitability," she says. "This could further damage the already precarious status of Middle Eastern cultural heritage and history."