Sculpture knocked over by cat revealed as authentic Giacometti, which sold for £500,000 at Christie's

Featured on the BBC's Fake or Fortune TV show, the sculptor's Tête qui regarde was badly repaired after it was felled by a family feline 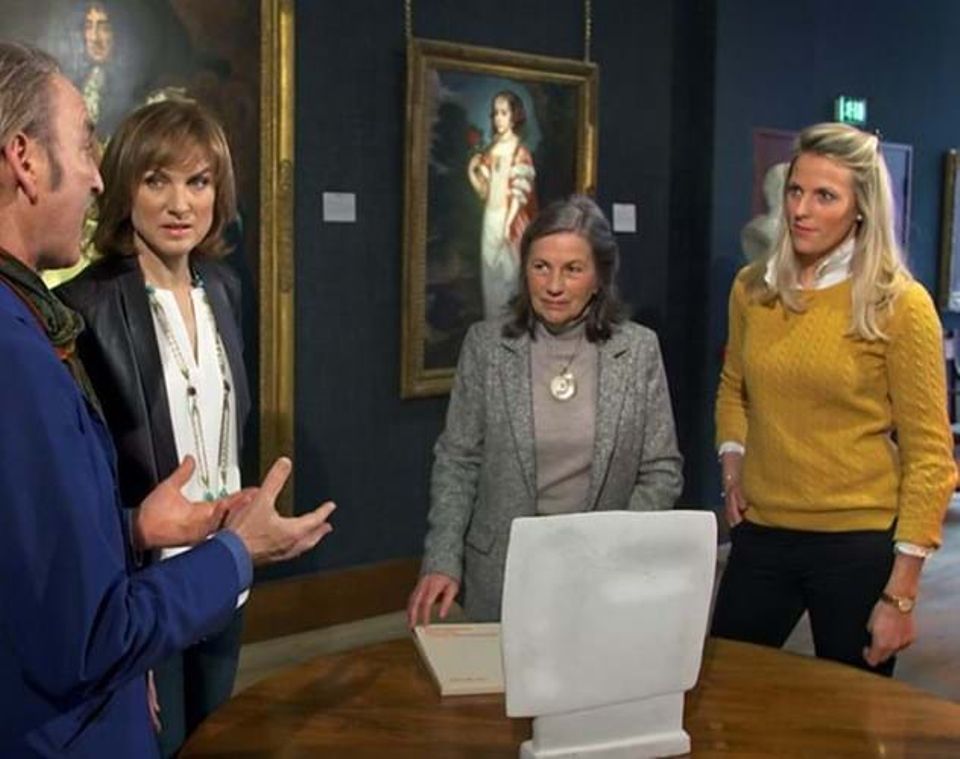 Cats are notorious for knocking off just about anything one might put on a flat surface—even a prized Alberto Giacometti sculpture.

An episode of the BBC’s popular TV show Fake or Fortune? revealed that a white plaster work attributed to the Swiss sculptor once deemed “worthless” due to the damage and repairs it sustained after it was felled by a feline, sold for £500,000 at the Art of the Surreal sale at Christie’s in London in February.

First aired last autumn, the episode had left viewers in suspense as the sculpture underwent intense scrutiny at the Giacometti Committee in Paris; it was re-aired last night with the confirmation of its authenticity and subsequent consignment to Christie's.

The square, abstract work titled Tête qui regarde (The Gazing Head) was brought to the Fake or Fortune? team by its previous owner Claire Clark-Hall who believed that her grandmother had bought the sculpture directly from Giacometti while she was living in Paris in the 1930s, though she had little proof. What she knew for sure, however, was that the sculpture was knocked off a mantlepiece by the family cat in the 1960s. Clark-Hall’s grandfather then attempted to repair the work with Polyfilla and household paint.

Giacometti’s work often fetches millions at auction—his Pointing Man sold for $126m at Christie’s in New York in 2015, making it the most expensive sculpture ever sold at auction. Yet his work is infamously difficult to authenticate and fakes abound.

Throughout the episode, Fiona Bruce, the show’s host, and art dealer Philip Mould assiduously attempted to verify the work’s provenance, even going so far as to rather unorthodoxly run it through an X-Ray machine at London’s Royal Veterinary College—a pivotal turning point in the case. According to Mould, the machine, used for scanning “large and unusual shaped animals” further revealed hidden repairs “which we surmised may well have happened at Giacometti’s foundry. A faker would hardly have gone to that trouble”.

It was not until the Giacometti Committee stripped the sculpture of the DIY paint job Clark-Hall’s grandfather has slapped on it post cat-incident that an inscription reading “Alberto Giacometti 1928” was revealed.

Bruce notes in the episode that the case is one of the most complex featured on the show. “We’ve never tackled sculpture before and it’s been astonishingly hard to find out information about Giacometti gazing heads and the plaster versions in particular” she says.