The Abraaj Group’s liquidators are to sell off around 200 works from the Dubai-based private equity firm’s collection of Arab, Iranian and South Asian art across three auctions at Bonhams on 23 and 24 October in London.

Other works from the Abraaj collection have already sold with other auction houses, says Nima Sagharchi, Bonham’s director of Middle Eastern, Islamic and South Asian art. On 24 October in London, Christie’s will also offer several works which appear in the 2015 catalogue of the personal collection of Arif Naqvi, the Abraaj Group’s founder and chief executive who stepped down as head of its fund-management business in February.

“The Abraaj art collection is one of the most widely published and widely exhibited collections covering these categories [Arab, Iranian, and South Asian art],” Sagharchi says. All works with a low estimate of £50,000 or under are being offered without reserve and, Sagarchi says: “Some pieces are at estimates much lower than the prices for which they previously sold.” 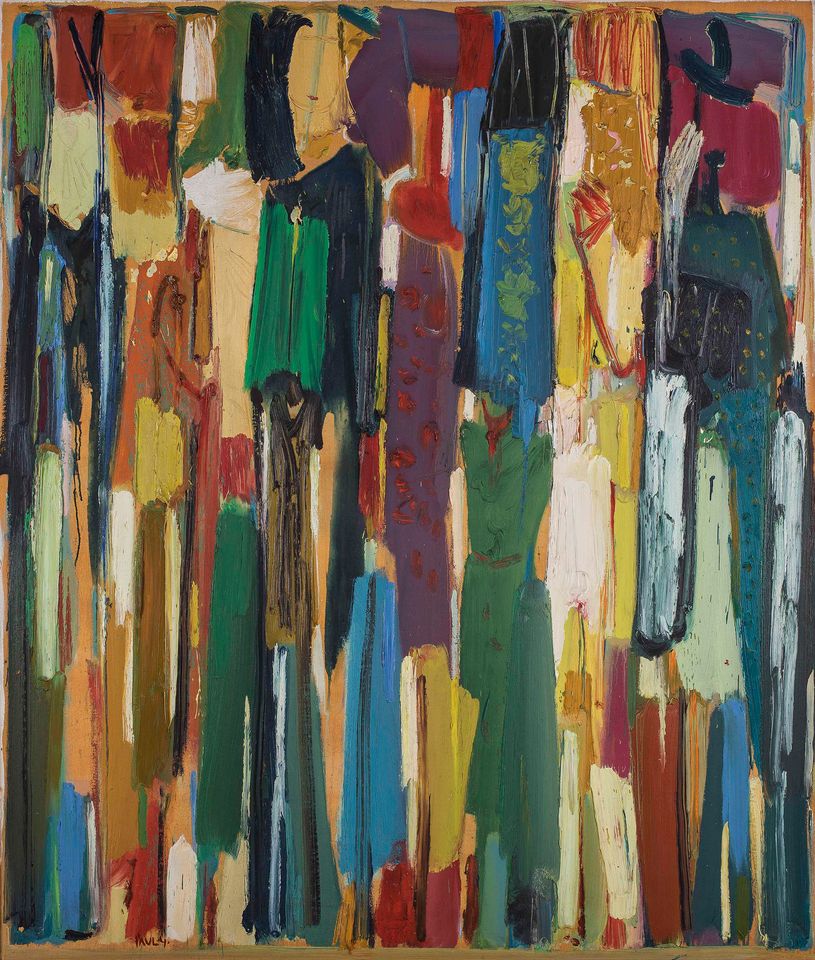 The total estimate for the Abraaj Group works offered at Bonhams is £2.5m-£3.5m, and one dealer in Modern and contemporary Middle Eastern art (who does not wish to be named) has questioned whether they are priced too low. However, Sagharchi says the estimates are not very different to ten years ago, but the previous results for the works were in the “extremely hot markets” of 2008 and 2009. “The market has shifted from some of these artists, specifically Iran,” he says.

It is a different story for some South Asian work, listed at much high estimates, Sagharchi says. He cites the cover lot of Bonhams’s Modern and Contemporary South Asian Art and Art of Pakistan Sale on 24 October, an Untitled work by Manjit Bawa, “which was bought in the 1990s for £7,000 and is now estimated at £180,000-£250,000.”

The works in the Bonhams sales are labelled simply “Property from a Private Collection, Dubai”, and include pieces by the Iranian artists Hossein Zenderoudi and Shirin Neshat, and Hussein Madi from Lebanon.

The ten works, identified in documents seen by The Art Newspaper as belonging to Arif Naqvi, at Christie’s sale on 24 October are listed as “property from a distinguished private collection”. On the identity of the consignor, a Christie’s spokeswoman says: “Due to client confidentiality we are not in a position to name consignors and we do respect their wish to remain anonymous.”

“The [Abraaj] collection is of high quality and there are some great works among the lots such as those of Ahmed Mustafa and Parviz Tanavoli” says Mohammed Afkhami, a collector of Iranian art. “These works were bought largely from auction and they were among the most touted lots of the 2007 to 2008 period, when prices reached a meteoric level. They are good quality but the interesting thing will be who will buy them.”

Afkhami adds that he thinks it, "a shame that such a great collection is unravelling and coming to the market in this way." The Iranian works, he suggested, may suffer in terms of price, as the value of the rial slumps and the Gulf faces an economic slowdown. But, he says: “It’s an interesting point for somebody to develop an Iranian collection given the current market.”

Afkhami was the underbidder to Abraaj on some of the works and says: “I looked at some of these pieces and bid but prices went sky high at that time. I will be watching closely what transpires in the upcoming auctions”