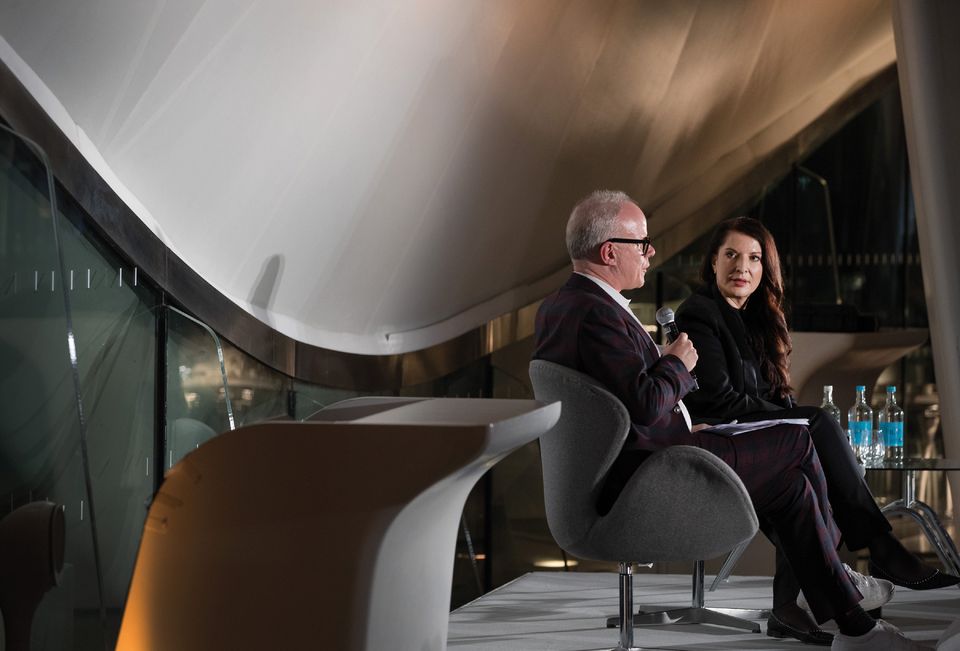 At the Serpentine Sackler Gallery on Wednesday night, Abramovic said she could not raise the $31m required Peter Macdiarmid/LNP

Marina Abramovic has dropped her plans to set up a performance art institute in Hudson, New York state, because she has been unable to find the $31m required for the scheme.

In 2013, the performance artist raised just over $660,000 on Kickstarter towards the establishment of the Marina Abramovic Institute in a 1936 building she had bought in upstate New York. She used the money to pay the Dutch architect Rem Koolhaas for a preliminary design to convert the former theatre into a 33,000 sq. ft space to serve as a venue for performance art and multidisciplinary collaborations.

Koolhaas’s plans were “absolutely beautiful”, Abramovic said in a talk at the Serpentine Sackler Gallery, that was hosted by Fondation Beyeler and UBS, on Wednesday night. But when the architect informed her that the building’s conversion would cost $31m, she said she “just lost my breath. I, as a performance artist, could never raise $31m unless some amazing guy from the Emirates [came forward] or some Russian who just wrote a cheque because he believed in me. But in real life, that doesn’t happen.”

The building in Hudson is currently inhabited by pigeons, Abramovic said, and she will “probably sell it”. Now she has accepted that an institute for immaterial art can itself be immaterial. “Whenever institutions invite us [to exhibit], we do the work [there],” she said. “Our slogan now is: ‘Don’t come to us; we come to you.’”