Abuse of diplomatic privilege? How missing art has been linked to embassy officials 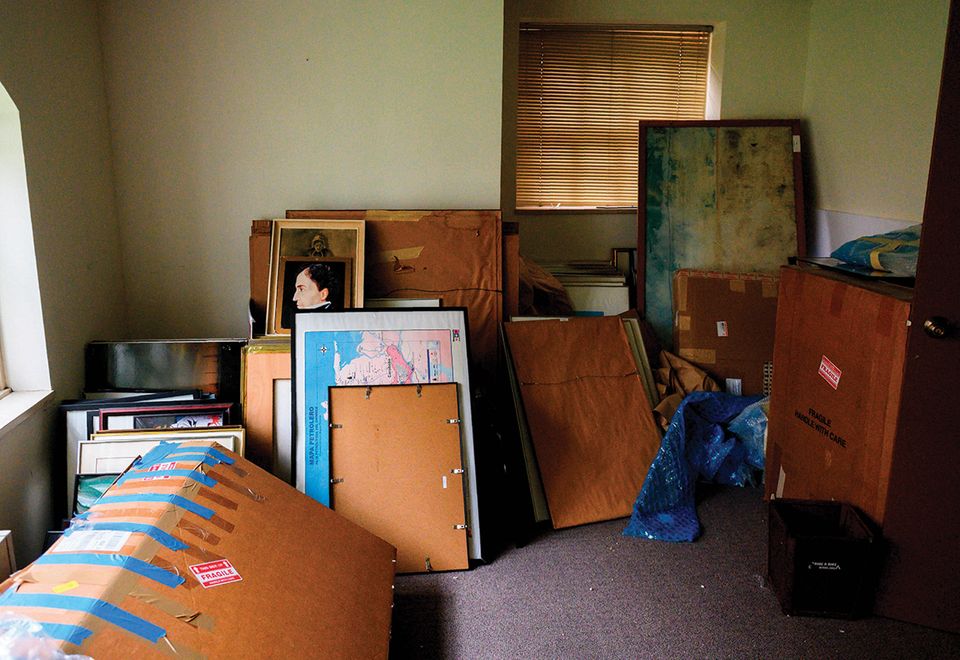 Up for grabs: art in the mostly abandoned Venezuelan embassy in Washington, DC ANDREW CABALLERO-REYNOLDS/AFP/Getty Images

As debate over diplomatic immunity continues around the departure from the UK of US diplomat’s wife Anne Sacoolas following a crash that left a motorcyclist dead, a series of cases involving officials and stolen art have raised broader questions over the behaviour of diplomats.

This September, Egypt’s attorney general issued a red notice (a request for assistance from international bodies) to ensure that Ladislav Otakar Skakal, a former honorary consul (consuls do not have immunity) at the Italian embassy in Cairo, stands trial. He is alleged to have smuggled out of the country more than 21,000 artefacts—a number were subsequently discovered in security deposit boxes. Attempts by The Art Newspaper to contact the attorney general and Skakal were unsuccessful.

In the same month, reports emerged of art missing from the Venezuelan embassy in Washington, DC. Associated Press News named paintings by Armando Reverón, Héctor Poleo and Manuel Cabré, among wider concerns for the safety of the country’s heritage. There is a battle for power and assets blazing between the country’s president Nicolás Maduro and opposition politician Juan Guaidó, who is disputing the former’s position.

“The problem is that for the past two decades in Venezuela, there has been no accountability,” says the New York-based dealer and adviser, Alex Stein, who used to head Sotheby’s Latin American department. “Not many art professionals are fully aware of all the art in the hands of governmental institutions, and communists ruling the country nationalised a few thousand private companies and banks. It’s hard to trace the assets because there is no public record of what was there in the first place.”

Officials are well placed to move art and antiques across borders as the packages they send out of the country do not have to undergo customs inspections. “Diplomatic pouches are not normally checked at a border when leaving a country of origin,” explains Till Vere-Hodge, an art and cultural property lawyer at Constantine Cannon.

It was in one such pouch that a Joachim Wtewael painting was smuggled out of Moscow by the wife of the Togo ambassador and ended up at Sotheby’s in London in 1992. The now textbook art law case ended up in the UK’s High Court, where the judge ruled that the original crime, the theft of the painting, was not time-barred (the work had been looted from its original home in the German city of Gotha in 1945). In this case “the smuggling itself in the diplomatic pouch brought the painting back from beyond the Iron Curtain and from beyond the grasp of its original owners”, said the judge, who ruled the work had to be returned to Germany.

Risk to art in embassies is not new. In addition to the known attempts to smuggle are examples of works being destroyed. Paintings worth a total of £130,000, by artists including Edmund Havell and Philip Reinagle, are thought to have been lost when the British Embassy in Libya was ransacked and set on fire in 2011. Such losses are, unsurprisingly, higher in regions of instability. As Christopher Marinello, the chief executive of Art Recovery International, points out: “You need a stable government before you start compiling inventories.”

For the works involved in such cases, though, there is no immunity. “Whether or not an individual uses their position to get an object out of a country,” Vere-Hodge says, “[the object] will still have problems further down the line—legally and in the art market. Once an object has been illegally moved across borders, that blemish on the object won’t disappear just because you are a diplomat.”