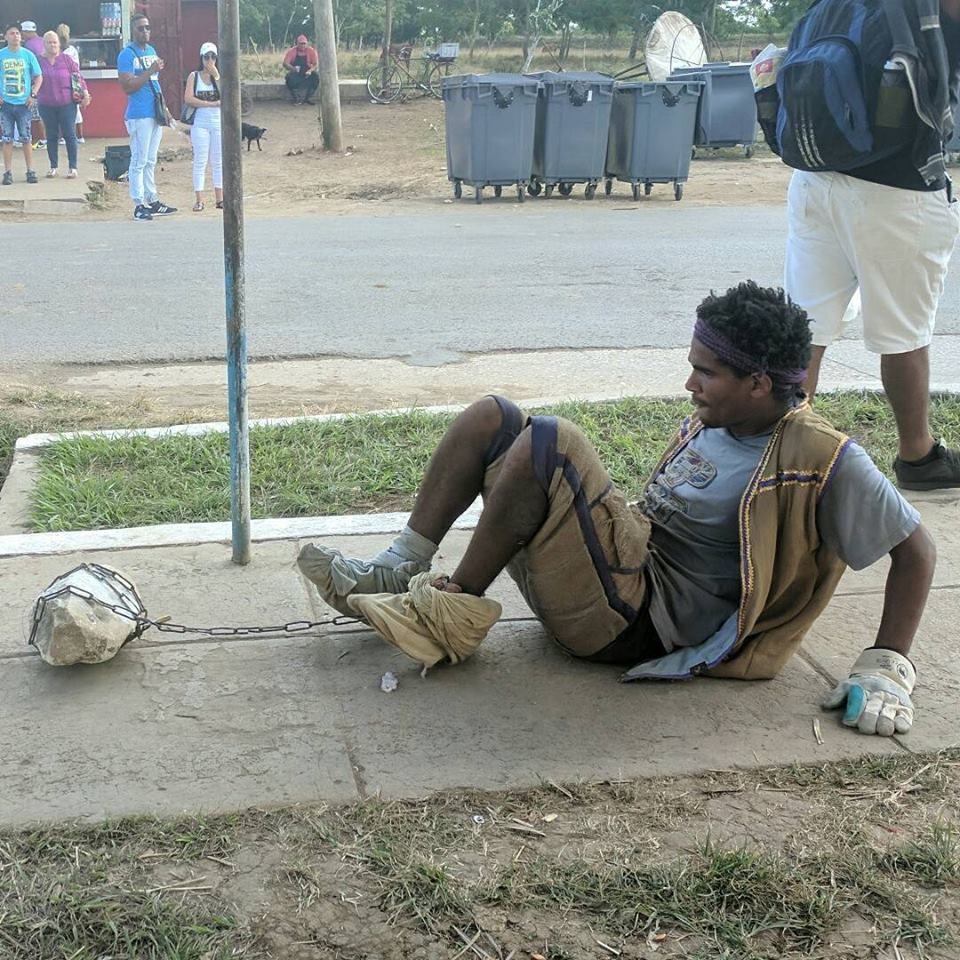 In a performance in Havana in December, the Cuban artist Luis Manuel Otero Alcántara dragged himself through the streets on a pilgrimage to the church of San Lázaro, in the name of democracy and freedom of expression Nonardo Perea; courtesy of the artist

The Cuban artist Luis Manuel Otero Alcántara says that he is in exclusive possession of Fidel Castro’s last will and testament. The young Havana-based artist and his partner, the curator Yanelys Nuñez Leyva, will present its contents today (24 January) in a performance at the 13th Hors Pistes festival at the Centre Pompidou in Paris.

“The image of Fidel is sacred in Cuba,” Otero Alcántara says. After the Communist leader’s death in November 2016, Cuba’s National Assembly passed a law prohibiting public spaces from being named after him or monuments in his image. The decision followed his dying wish to avoid a cult of personality. But Otero Alcántara says he had a dream in which Castro revealed to him the location of his true final testament. Now the artist wishes to make it public in the hope of reconciling the Cuban nation.

Though no official charges were ever brought against Otero Alcántara, he says that Cuban police threatened him for planning the Castro performance. The self-taught artist, who has created controversial works on topics ranging from religion to art institutions, has been repeatedly arrested and interrogated since last November. In 2016, he launched an online platform called the Museum of Dissidence, which documents the history of political dissidents in Cuba.

Otero Alcántara is also among the co-founders—together with Nuñez Leyva, Tania Bruguera and Coco Fusco—of the #00Bienal in Havana, which is due to run from 5 to 15 May as a crowdfunded alternative to the 13th Havana Biennial. Many Cuban artists “are still afraid to participate, since there has been a lot of pressure from the government on dissident art”, he says. But after Castro’s death, “there is a fighting spirit, especially among a younger generation of artists”.

Meanwhile, a large installation-cum-performance by Tania Bruguera, using archival images of Castro, is going on view on 3 February at the Museum of Modern Art in New York (until 11 March). Untitled (Havana, 2000) (2000) presents an environment of milled sugarcane, Cuba’s main agricultural product; a television showing clips from official and candid footage of Castro; and naked male performers. When the work was first staged in a former prison in Havana in 2000, it was quickly shut down by the Cuban authorities. “After so many years, the work still resonates today,” Bruguera tells The Art Newspaper. 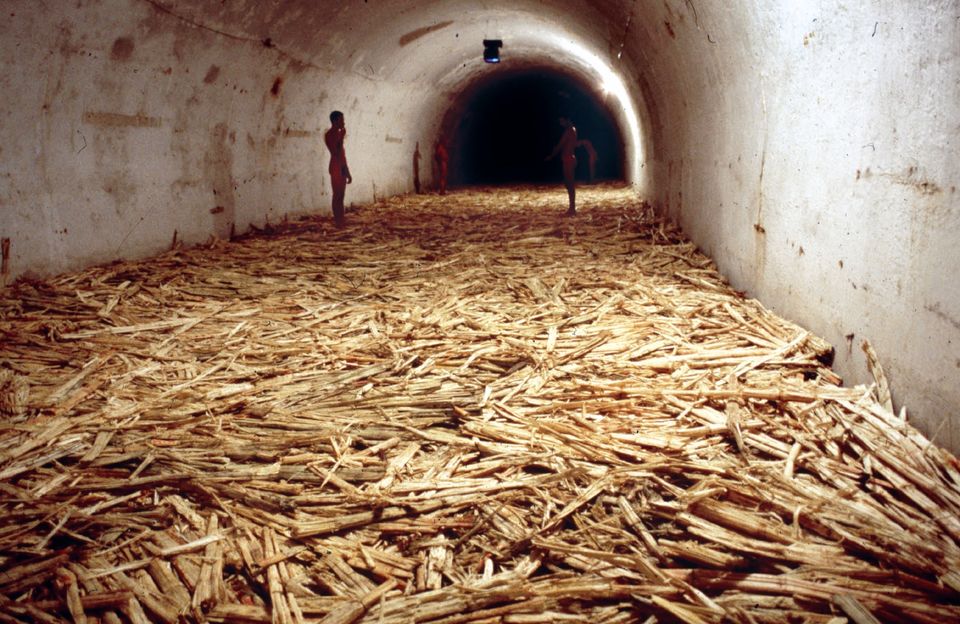 An installation view of Tania Bruguera’s Untitled (Havana, 2000) (2000), which will be re-staged in February at the Museum of Modern Art in New York Casey Stoll; courtesy of the artist

The artist-activist has returned to Cuba several times in the past year for her project INSTAR—the Hannah Arendt Institute for Artivism. The institute is now running events in Old Havana almost every month. Among the visiting workshop leaders are international practitioners of “useful art” such as Critical Art Ensemble, Joanna Warsza, Florian Metzucher, Gregory Sholette and Olga Kopenkina. In December, Cuban police detained and questioned Sholette and Kopenkina when they came to Havana to run a workshop at the space.

“The situation in Cuba is filled with uncertainty,” Bruguera says. However, she describes a creative energy in the country that she has not seen since the 1980s. “Artists are much more willing to confront the government and less willing to self-censor,” she says.

Otero Alcántara and Bruguera both cite social media as a key factor in the development and visibility of new art initiatives. “Social media has been like a school to this new generation—they have been able to see how things are happening in real time,” Bruguera says.

In the past few months, several unofficial art spaces, both non-profit and commercial, have opened up across Havana. As the regular influx of US collectors to the island has dried up under the Trump administration’s travel restrictions, artists have turned their attention to works and projects aimed at the local community. These grassroots spaces have already gained a cachet among artists that surpasses most established institutions and galleries, Bruguera says. They have proved so popular that the Cuban authorities have not yet tried to shut them down, she says.