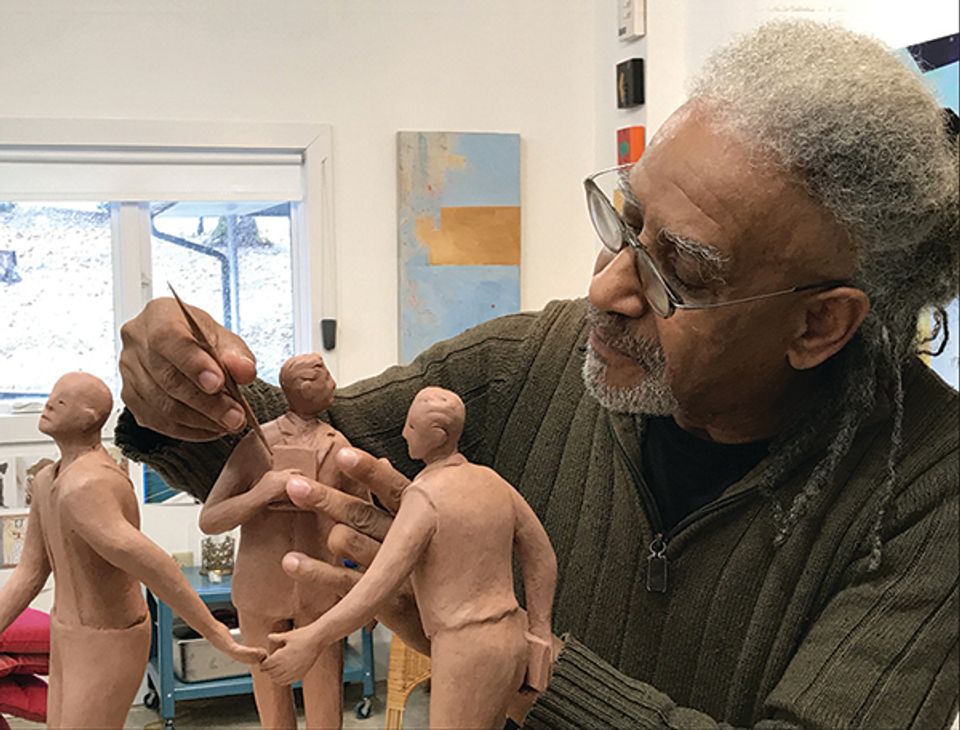 The artist Jerome Meadows in his studio courtesy the artist

The Savannah, Georgia-based artist Jerome Meadows has won an international public sculpture competition to create a memorial to Ed Johnson, a black man brutally killed in a 1906 lynching in Chattanooga, Tennessee for the rape of Nevada Taylor, a white woman. The memorial comes at a time when racial tensions in the US remain high, and there has been a push for new works to challenge the country’s history of white supremacy and segregation.

Johnson maintained his innocence throughout his trial but was found guilty by an all-white jury and sentenced to death. The US Supreme Court agreed to hear Johnson’s case on 19 March 1906 and issued a stay of execution. But that evening a mob broke into Johnson’s jail cell, dragged him to the Walnut Street Bridge, hanged him and riddled his body with bullets. The Supreme Court Justice Oliver Wendell Holmes described Johnson as, in all likelihood, “an innocent man improperly branded a guilty brute and condemned to die from the start”. In 2000, a Chattanooga judge overturned the conviction and cleared Johnson’s name.

The scenic metal bridge today is in the heart of Chattanooga’s tourist-friendly—and quickly gentrifying—historic downtown. It has become a popular location for pedestrians and joggers crossing the Tennessee River, but there is no marker commemorating Johnson or the manner of his death. In 2015 an article in the local Times Free Press reported that many black Chattanoogans will not walk across the bridge because of its history. This spurred the local educator and journalist Mariann Martin and the historian and school principal LaFrederick Thirkill to lead a community effort to build a monument on the site.

They gained early support and funding from the mayor and the city’s public art office. “This lynching left its mark on Chatta­nooga,” Martin says. “It was a story you didn’t talk about, but that everybody knew.”

Meadows’s design for the memorial includes life-sized bronze sculptures of Johnson and his lawyers, Noah Parden and Styles Hutchins—among the first African American attorneys to put a case before the Supreme Court—installed at the centre of a landscaped 9,000 sq. ft garden by the Knoxville-based architects Ross/Fowler. The memorial committee aims to raise $400,000 for the project, with half coming from the city and county budgets, and expects to begin construction in early 2019.

Meadows’s plan also includes three human figures formed in negative space from a tangle of abstracted bronze vines, placed inside the garden to represent other unremembered lynching victims. The artist describes these anonymous figures as emerging from a void of their untold stories. “They give you a feeling of disquiet,” Martin says. “They indicate that this is not a finished story—not for Chattanooga or our country.”