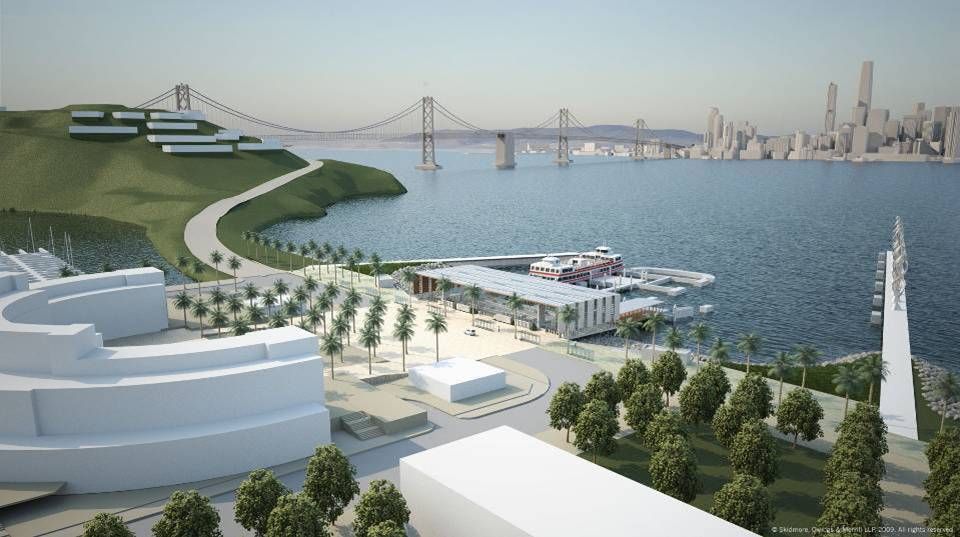 Ai Weiwei, Pae White and Antony Gormley are among the high-profile shortlisted artists competing to create the first three public art projects for a $50m redevelopment project in San Francisco, city officials have announced. The commissions are part of the planned construction works on Treasure Island and Yerba Buena Island located in San Francisco Bay.

Last summer, city authorities approved plans for a vast new public art space located on the 300-acre plot. The redevelopment of the area—which is led by the non-profit Treasure Island Development Authority and the city agency overseeing the scheme, San Francisco Arts Commission—is expected to take 20 years. Private residential developers—up to 8,000 homes form part of the initiative—will help fund production and installation costs through the “1% for art” programme, which requires private developers to set aside 1% of construction costs for public art.

The first three sculptures, to be installed at the Waterfront Plaza and Building One Plaza on Treasure Island and at Yerba Buena Hilltop Park, are scheduled for completion by 2020.

Ai Weiwei, Chakaia Booker, Pae White are in the running for the Building One Plaza work which has a $1m budget; Ai Weiwei, Antony Gormley, and and Jorge Pardo will compete for the $2m Waterfront Plaza commission; whileBooker, Andy Goldsworthy, and Hiroshi Sugimoto have been shortlisted for theYerba Buena Hilltop Park piece.

“It is anticipated that proposals will be submitted in the spring and will be placed on public view on Treasure Island as well as elsewhere in the city for comment and feedback before being voted upon by the Treasure Island Development Authority,” a statement from the San Francisco Arts Commission says.