Ahead of the opening of the second Bangkok Art Biennale on 29 October (until 31 January 2021), 31 of its 82 participating artists including Ai Weiwei, Anish Kapoor, Rirkrit Tiravanija, Sarah Naqvi and John Akomfrah have signed a letter condemning escalating state violence against democracy protests in Thailand. BAB advisor and returning artist Marina Abramovic is not among the signatories.

First issued on 21 October by 25 artists, and joined by six more as of the 24th, the letter expresses concern without calling on any action from the biennial or its organisers. The statement read, “we are deeply concerned about the events that have unravelled in Bangkok over the past days in response to the ongoing protests calling for democratic change. Scenes of overt police force, including the use of water cannons, being deployed against peaceful protesters have weighed heavily upon us as we prepare for the full opening of the Biennale later this month.” It also decried the recent arrest of over a hundred people. “That many of these events have taken place in the Pathumwan intersection where the Bangkok Art and Culture Centre (BACC) is located, a key venue of the Biennale, makes this response all the more urgent and necessary.” 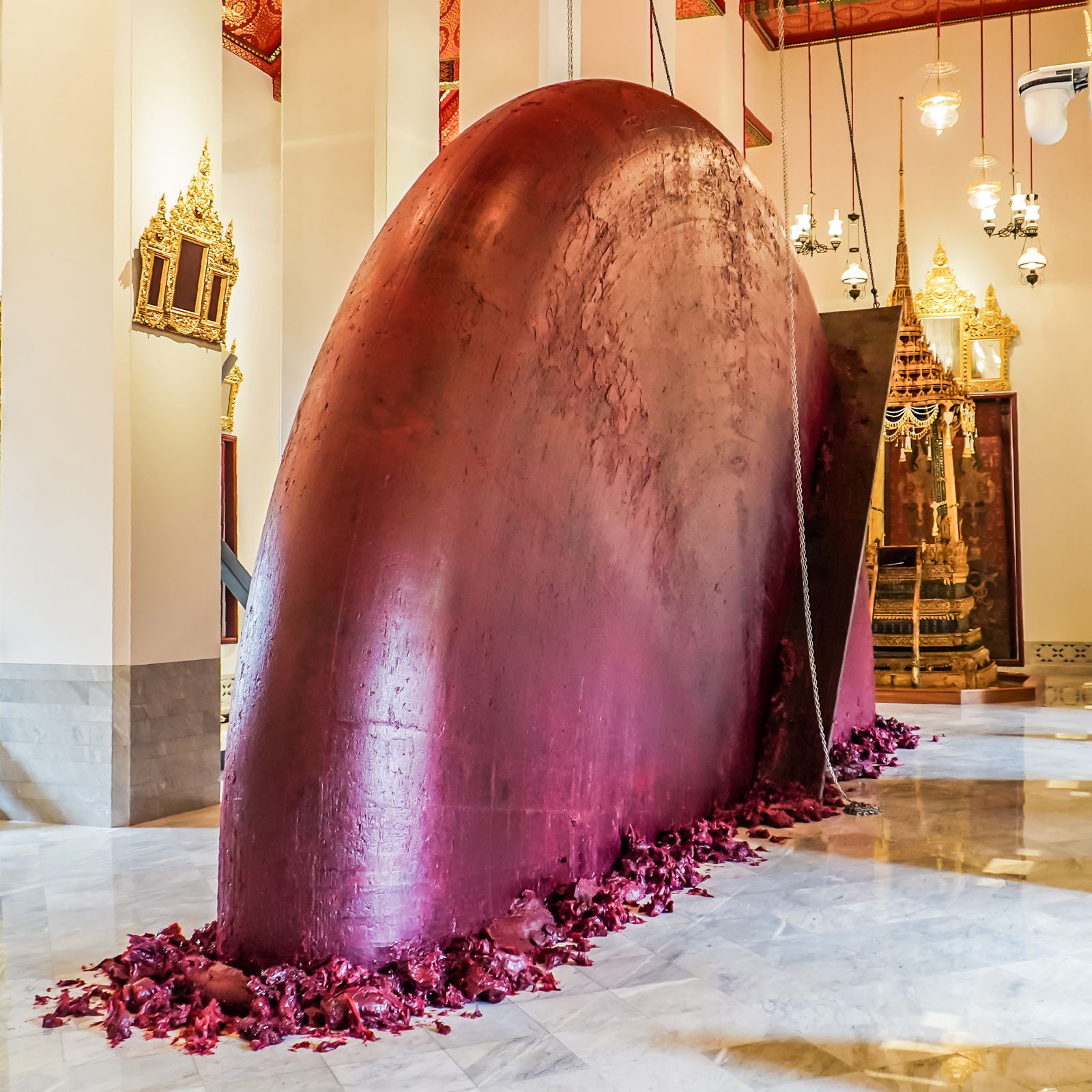 Ongoing protests against the military- and monarchy-backed government of Prime Minister Prayuth Chan-ocha have expanded this month around the 5 October anniversary of a 1976 massacre of democracy protesters. The government declared a state of emergency on 15 October, and has sought to shut several pro-democracy media. Police turned chemical-laced water cannons on the student-led protesters on 16 October. “We therefore unequivocally condemn and call for the immediate stop to the use of violence against the protesters and express our support for their struggle for democracy,” the artists write.

Jureeporn Pedking, Chinese: Place of Diasporas (2020). Pedking is not among the signatories Image courtesy of the artist

Apinan Poshyananda, the chief executive of the biennial and its artistic director, replied in a statement on 22 October: “We have been deeply concerned by the recent scenes of violence in our city of Bangkok, including around sites of our forthcoming event. We conceived the Biennale to engage, inspire and incubate diverse Thai, ASEAN and international debate and dialogue. We extend an open invitation for visitors to join us to explore different artistic perspectives in a peaceful and accepting atmosphere.” Poshyananda has previously stressed to The Art Newspaper that the exhibition is 95% privately backed by corporations including Thai Bev, Central Group and Siam Piwat, and what support it does get from state entities like the Tourism Authority and the Bangkok Art and Culture Center come without restrictions over content.