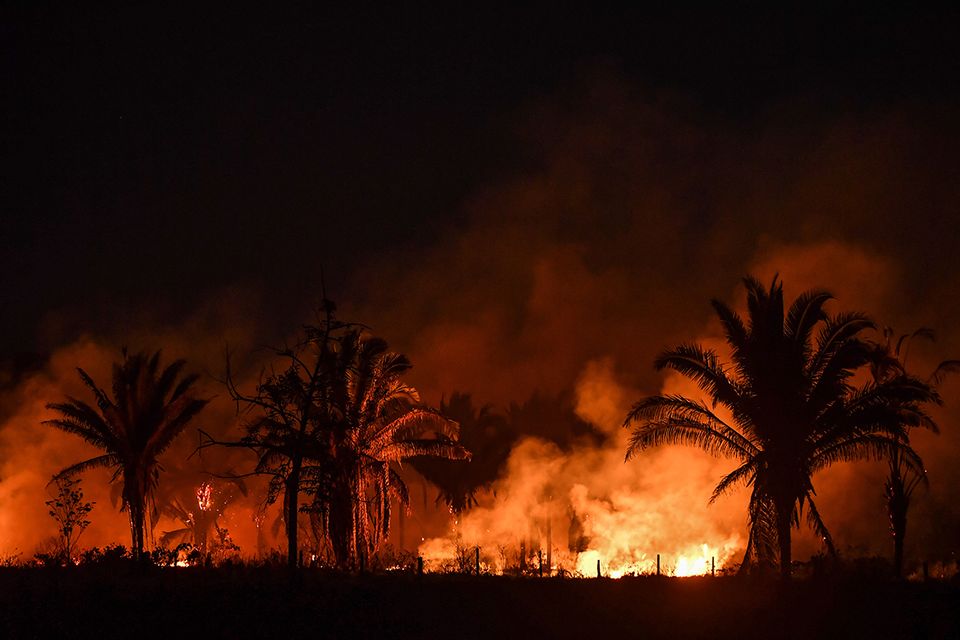 The Chinese artist and activist Ai Weiwei has been documenting the fires that have wreaked havoc in Brazil’s Amazon rainforest—a catastrophe he warns will “permanently change” the region’s ecosystem and globally have “far-reaching consequences in terms of climate change”. The impact, he adds, “is immeasurable”.

As the fires in the world’s largest rainforest peaked in August, Ai, who was already producing a new film related to the environment and animal welfare, decided to send one team to the Brazilian states of Rondônia, Mato Grosso and Amazonas to document the destruction. Another team travelled to Pará to film the cattle farming industry.

As well as making a documentary, Ai plans to use some of the footage in a production of Giacomo Puccini’s opera Turandot, which he is directing for the Teatro dell’Opera di Roma next spring.

“We can clearly see that the fires are a part of a wide-ranging and premeditated plan to cause deforestation to increase land use for agriculture and cattle farming,” Ai says. “Through our research, we discovered that China has a great interest in both issues.”

The artist draws parallels between the rampant destruction in Brazil and the attempts by the Chinese government to crush the pro-democracy protests that have gripped Hong Kong for the past six months. He notes that, as the Hong Kong police have cracked down on student protestors, China’s power has expanded into South America and Africa as well as in Europe and the US.

“During a recent visit to China, the newly elected president of Brazil [Jair Bolsonaro] highly praised China and green-lit Chinese investment in Brazil,” Ai says. “Any nation should clearly and carefully analyse these massive economic deals, which directly affect the environment and could have devastating effects globally.”

Bolsonaro initially dismissed the seriousness of the fires—the highest number seen in a decade, with more than two million acres estimated to have burned—until international pressure forced the government to take action to fight the conflagration. But as recently as last week, Bolsonaro was making wild claims about the fires, accusing the actor, environmentalist and art collector Leonardo DiCaprio of funding the deliberate destruction of the rainforest by NGOs. One of Ai Weiwei’s Roots sculptures is on show at neugerriemschneider’s stand Photo: David Owens

Ai’s involvement with Brazil first began around five years ago when he was invited by the curator Marcello Dantas to work on his largest exhibition to date, which first opened at the OCA Pavilion in Ibirapuera Oark in São Paulo in October 2018 before travelling to two further venues in Brazil. Still living under soft detention in China, Ai began a period of research into Brazil’s culture, environment and local craftsmanship.

During this time, the artist developed Roots, a series of monumental iron sculptures cast from the roots of the endangered Pequi Vinagreiro tree, typically found in the Bahian rainforest. Two are on show at Art Basel in Miami Beach—at Lisson and neugerriemschneider galleries, priced from €700,000 upwards.

“In old Chinese philosophy, to link mankind’s intellect with the environment has always been seen as the highest form of humanity. But, ironically, modern China has become one of the most flagrant destroyers of nature,” Ai says. “Roots are the last evidence of what we have: a sad eulogy for human stupidity.”