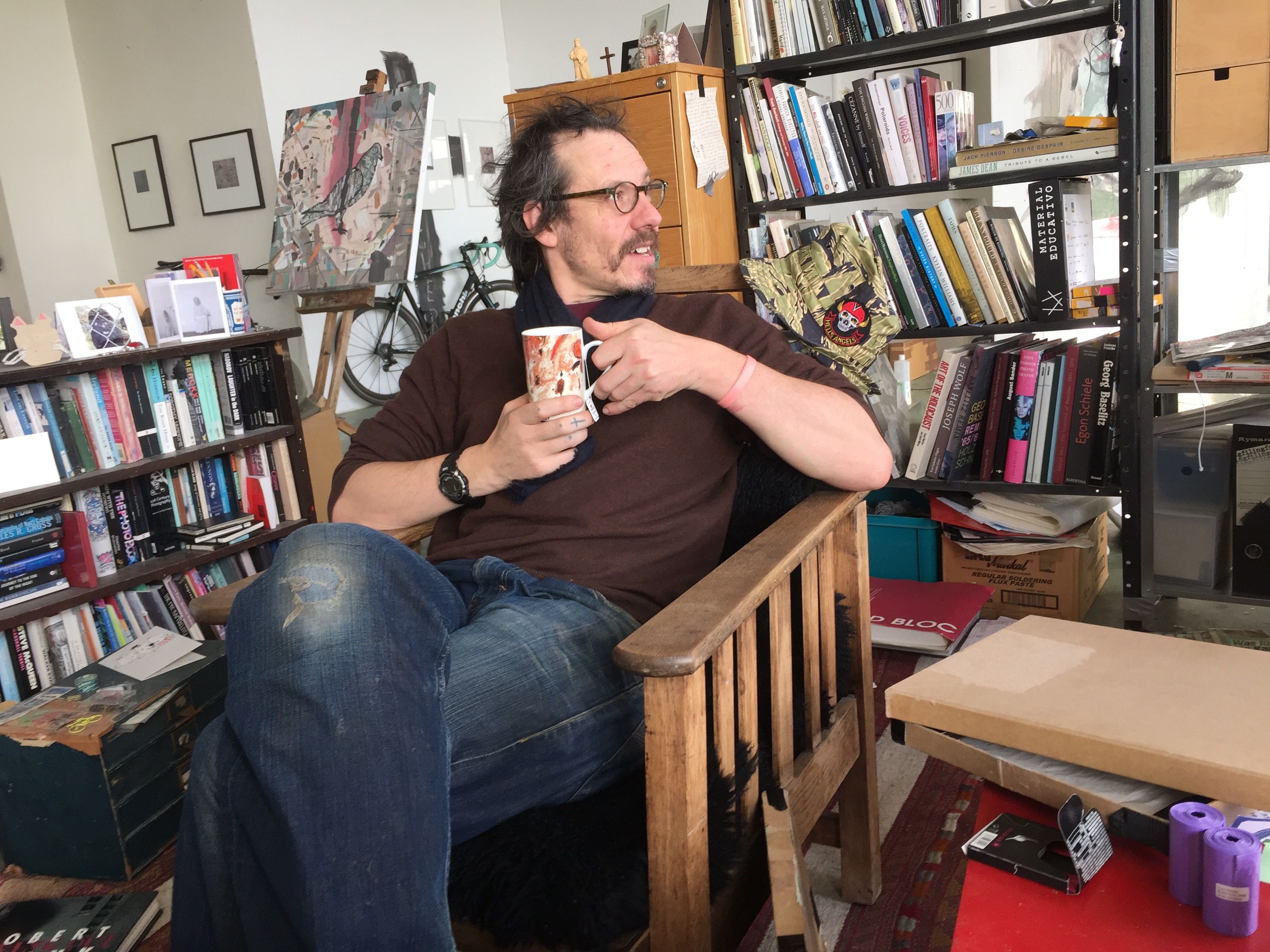 The respected London gallerist Alison Jacques has pledged to “remove all trace” of Saul Fletcher, the late photographer who murdered his former partner, the curator Rebeccah Blum, in Berlin on 22 June.

Jacques, who runs the eponymous Alison Jacques Gallery, represented Fletcher for eight years, between 2008 and 2016, and states she considered Fletcher a personal friend.

Yet she called on the art world “to do the right thing” and follow her lead, which would effectively condemn Fletcher’s three decade-long artistic career to the history books.

In a strongly-worded statement which the gallery published on its Instagram page, Jacques pledged to act on the word’s of Blum’s 22-year-old daughter Emma, who, in the wake of her mother’s death, requested the world “remember her name, and nobody else’s.”

On Instagram, Jacques wrote: “It is not ok to continue to promote, publicly archive or exhibit the work of a perpetrator of domestic violence and murderer, no matter how big the foundation or museum concerned is and no matter how long a gallery worked with him and thought they knew him.”

It’s just over 2 weeks that we learned of the shocking and brutal murder of Rebeccah Blum in Berlin. Alison would like to say: I met Rebeccah in 2012 and worked with her through her partner until he left the gallery at the end of 2016. It’s difficult to reconcile what has happened and it’s taken us time to even begin to process this. I will remember Rebeccah for her incredible independence and dedicated work ethic, for her beautiful smile and utmost kindness and empathy. She was a talented professional who had so much more to give and achieve, and so many more lives yet to touch. Above all I will remember Rebeccah for our conversations about motherhood and how much it meant to both of us and fulfilled us in a way that our work could not touch. The person Rebeccah tried to help the most took her life away and despite the gallery representing him for 8 years and I personally counting him as a friend for many of those; I can’t forgive. My heart goes out to Rebeccah’s family and also those in her partner’s family who have to cope with the unspeakable pain that he has left for others to face. Domestic violence is insidious and traumatising and for Rebeccah, it brutally stole her life. We hope Rebeccah’s life can be celebrated and remembered with a long term acknowledgment of some kind which benefits others and ensures we never forget her. Out of respect to Rebeccah and her family we have removed all trace of her partner from our website; we hope the rest of the art world does the right thing. It is not ok to continue to promote, publicly archive or exhibit the work of a perpetrator of domestic violence / murderer, no matter how big the foundation or museum concerned is and no matter how long a gallery worked with him and thought they knew him. We wish to remember only Rebeccah and celebrate the light she brought to all those who knew her, not the darkness which took her away. #RebeccahBlum #RememberRebeccahBlum #SolaceWomensAid

A post shared by Alison Jacques Gallery (@alisonjacquesgallery) on Aug 9, 2020 at 3:24am PDT

Jacques remembered Blum, a 53-year-old American curator and mother of two, as “a talented professional who had so much more to give and achieve, and so many more lives yet to touch.”

“Domestic violence is insidious and traumatising,” Jacques wrote. “For Rebeccah, it brutally stole her life.”

Fletcher, who grew up in Lincolnshire before moving to Berlin in around 2000, committed suicide after killing Blum, his former partner, at his home. Friends have privately stressed he lived with severe mental health issues for much of his adult life.

Jacques wrote: “The person Rebeccah tried to help the most took her life away and despite the gallery representing him for eight years and I personally counting him as a friend for many of those; I can’t forgive.”

Artists often see the value of their work posthumously rise. It is not clear whether the same will happen in Fletcher’s case. Will Fletcher’s work have any sort of presence in art fairs, or will any gallerist be willing to attempt to sell his work, given the violence he directed towards Blum before taking his own life? It currently seems unlikely amid signs the art world is beginning to hold artists to a new standard of ethics—both in public and in private. Art, it seems, can now no longer be separated from the conduct of the creator themselves.

Jacques, a former news editor of Flash Art magazine in Milan and curator at the British School at Rome, has run the Fitzrovia-based Alison Jacques Gallery since 2004. Her gallery has become one of the most respected of British private galleries to specialise in contemporary photography; Jacques now represents artists of the calibre of Juergen Teller and Sheila Hicks, plus the estates of Robert Mapplethorpe and Dorothea Tanning. The gallery made headlines this summer for the exhibition of Gordon Parks’ early work for Life magazine, exhibited in the wake of the death of George Floyd.

"I truly believe that if Saul was alive and the 'light side' of his complex double personality could speak, he would agree with removing his work and not promoting it further. The darkness did eat him up but the tragedy is that it took Rebeccah and for that I can't forgive or understand and surely the only punishment we can give at this stage is to stop promoting his work in any shape or form," Jacques says.