International players vie for a slice of Shanghai 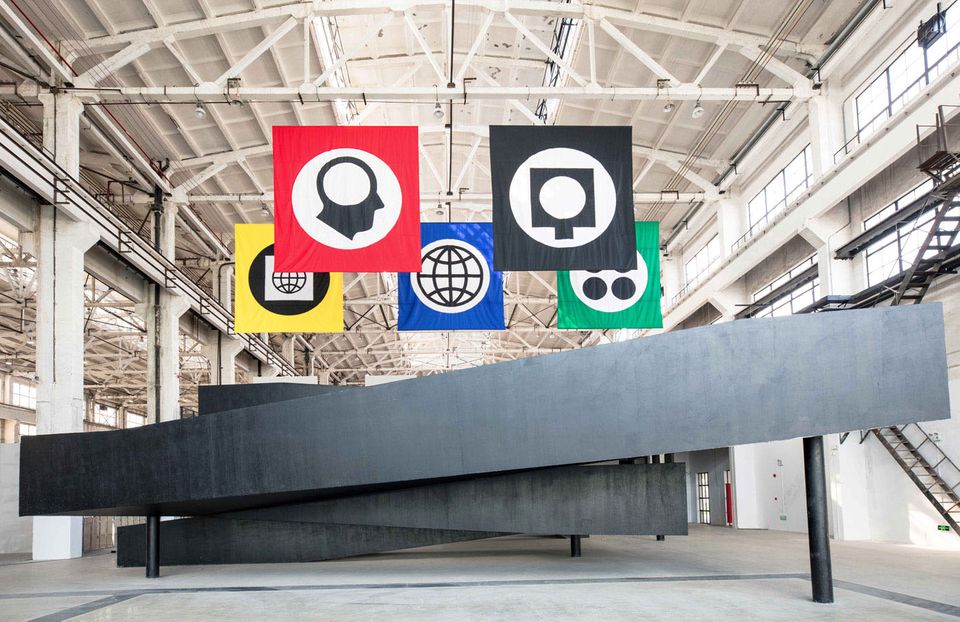 The pace is more frenetic this year, with pop-ups by international galleries joining exhibitions from homegrown businesses and museums. Celebrating its fifth anniversary, Art021 will announce plans to start a second fair in Beijing, launching in May 2018.

"Our fair is now mature and ready to expand, starting with Beijing. But Beijing will fit with Beijing's DNA, and it won't be identical to Shanghai's fair," says Kelly Ying, the co-founder of Art021. "This year is extremely exciting, because it marks five years of our hard work. It is our first time to have the Shanghai Exhibition Centre fully booked, and everyone's art is a very high quality." Now with 104 galleries, new additions for 2017 include notable Asian dealers such as Richard Koh Fine Art (Malaysia) and Gajah Gallery (Singapore and Indonesia) and Forever Painting, a show curated by Li Xiaoshan of 13 male Chinese painters including Ding Yi, Zhou Chunya and Xue Song. While Art021 has expanded, the four-year-old West Bund Art and Design keeps to a more intimate size (70 galleries) and a higher-end, blue-chip focus within the West Bund Art and Design Centre, a converted airport hangar surrounded by a growing complex of galleries and studios. Major international galleries who exhibit include Blain Southern, Hauser & Wirth (who also exhibit at Art021), Sadie Coles HQ, White Cube, Pace Gallery and Lisson Gallery.

"Our insistence on quality is represented first by a careful gallery selection, with the leading contemporary galleries worldwide every year showing the best contemporary works," says Zhu Bo'er, the fair’s media and communication. Unusually, the fair is directed by an artist, Shanghai-based Zhou Tiehai, lending some curatorial cachet to a commercial event.

Alongside the main gallery section, West Bund this year hosts a section curated by ArtReview Asia, titled Xiàn Chǎng, returning for a second year and including works by artists including Olafur Eliasson, a.f.art theatre Fanling, and Gabriel Barredo. There will be three sections to the main fair space, says Zhu, including a new area called Talent with 16 young galleries such as Capsule (Shanghai), Canton Gallery (Guangzhou), 1335mabini (Manila), Yeo Workshop (Singapore) and Roh Projects (Jakarta). West Bund Art and Design is bolstered by its position as the flagship event of the burgeoning West Bund art district along the Xuhui District riverfront. The fair launched in 2014, a year before Budi Tek's Yuz Museum and following the one-off West Bund Biennale of 2013, and the past year has seen a rush of galleries opening in the area. The David-Chipperfield designed West Bund Art Museum, backed by the same state-owned developers behind the fair and the entire area, is expected to open on the Xuhui waterfront in 2018 and will partner with the Centre Pompidou, whose satellite gallery Centre Pompidou Shanghai will open in 2019. The collectors He Juxing and Qiao Zhibing both have spaces nearby, the Start Museum and Tank Shanghai, with smaller interim exhibition spaces already open.

"Undoubtedly the many outstanding private art museums, galleries, artists' studios, and non-profit spaces opened in recent years on West Bund–with Ota Fine Arts opening a Shanghai space during the fair–have turned it into an important cultural landmark," Zhu says. "In the near future, the openings of Tank Shanghai, Start Museum, the Shanghai West Bund Museum and Pompidou Centre will attract even more attention."

On the commercial front, ahead of the openings of its Hong Kong gallery and Mainland offices, Hauser & Wirth also hosted a party and book launch with Modern Media, the publisher of The Art Newspaper China, and Bonham's threw a party at Mingo nightclub.

Kelly Ying says the energy is testament to Shanghai’s rapid growth spurt. "If you look at the market in 2013, there was not even one contemporary art fair in Shanghai and only a few art museums,” she says. “I can't say Art021 by itself has exploded the Shanghai market. However, if you look at from the first to the second year, it went from no fairs to several." Today, she says, "the Chinese art market offers a lot of surprises, because it has grown extremely fast. Looking at the economy, the situation is still very fresh, from a global perspective."