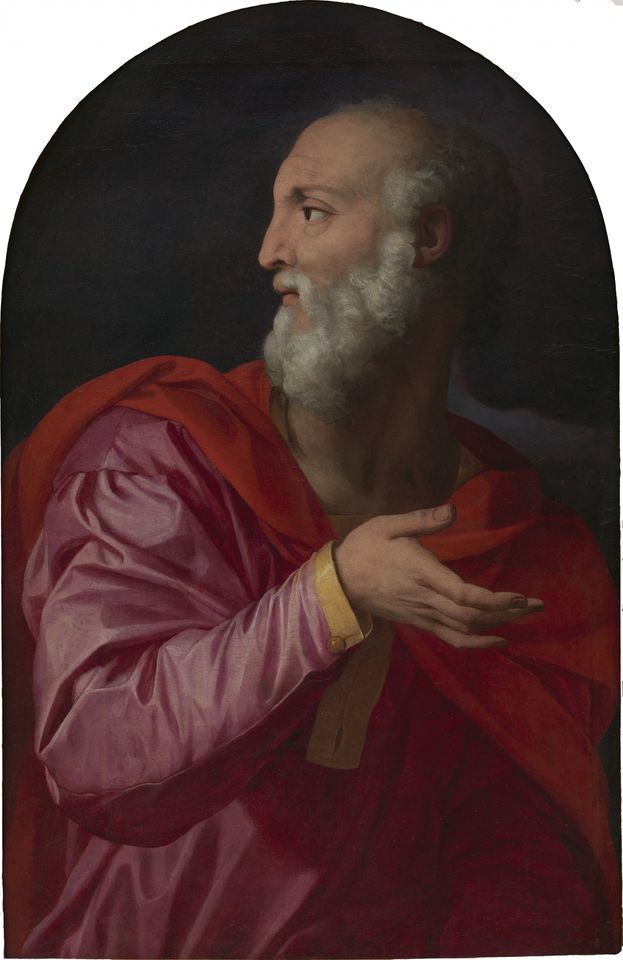 A work from the US-based Alana Collection Masterpieces of Italian Painting has been seized per the order of the French judge Aude Burési in connection with the high-profile Old Master forgery scandal that has plagued the international art market for nearly five years.

The work, Saint Cosmas, allegedly created around 1544 by the Italian Mannerist painter Agnolo di Cosimo—better known as Bronzino—was part of an exhibition at the Jacquemart André Museum in Paris that closed yesterday. French customs' officers notified the private museum that the work could not leave the country and would be seized upon the show’s end.

The work is suspected to come from Giuliano Ruffini, for whom a European arrest warrant was issued last May. Another warrant was launched against his son, Mathieu, and a local painter also living in the region of Emilia in Northern Italy, Lino Frongia.

The painting was one of more than 75 Italian works from the New Jersey-based Alana Collection that had been on show since last September. It was the largest-ever exhibition of works from the private collection of Chilean billionaire Alvaro Saieh and his wife Ana Guzmán; their collection draws its title from the combination of their names. The museum declined to comment on whether a criminal investigation was underway.

Saint-Cosmas was bought by the Alana Collection in 2011. It was shown for the first time in 2010 at the Bronzino retrospective at Palazzo Strozzi in Florence, curated by Philippe Costamagna and Carlo Falciani, who was also the curator of Jacquemart-André  exhibition. Interviewed by the investigators, Costamagna, a specialist in Florentine painting who heads the Ajaccio Museum in Corsica, France, testified that the painting had been presented to him in Ruffini's apartment in the Rue Saint-Honoré in Paris where he authenticated Saint-Cosmas as a true Bronzino before presenting it at his exhibition in Florence.

The curator firmly believes, however, that there is "a series of forged Mannerist works [that] appeared on the market, copied from drawings or studies by the artists". At the same meeting with Ruffini, he says the Old Masters dealer showed him a portrait of a young man with a turban, allegedly by Pontormo. "I immediately said it was a fake, because no pentimento was visible, and it appeared to be a poor copy of a drawing from the Uffizi in Florence,” Costamagna tells The Art Newspaper.

Costamagna still claims Bronzino's Saint-Cosmas is genuine because of the abundant pentimenti in the painting. He also says that, at the time he authenticated it, it appeared to be owned by Spanish dealers, who were present in Ruffini's apartment during the encounter.

Ruffini, however, claimed he was the one who "discovered" the long lost work. In Jacquemart-André's catalogue, however, the dealer's name is not mentioned in the provenance. Rather, it refers to a certain Juan Lamella in London. The Alana Collection revealed to The Art Newspaper that it was purchased at Derek Johns Gallery in 2011. The dealer confirmed the sale, saying he was "very surprised" to learn about the latest news from Paris. He also specified that the painting went through another collector in Zurich named H. Wirth, a name that was mixed up with Hauser & Wirth gallery in the same city, causing further confusion on the provenance.

At Jacquemart-André, Saint-Cosmas was shown along with Bronzino’s Portrait of Cosimo de' Medici, with a provenance of a private collection in Torino, Italy. A representative from the Alana Collection says "both paintings were purchased on the English art market from dealers we trust who informed us of this provenance".

Since the opening of the Old Masters criminal investigation five years ago, five paintings have been seized by Judge Burési and subjected to forensic examination. These include Venus with a veil, allegedly by Cranach, which was seized from the Prince of Liechtenstein's collection during an exhibition in southern France organised by Culturespaces, the same company that operates the Jacquemart-André museum. Also included is Saint Jerome, formerly attributed to Parmigiano, for which Sotheby's had to re-imburse a collector who bought it at auction in New York. Another painting sold by Ruffini is the portrait of a Dutch gentleman later sold as a Frans Hals and which is at the centre of a legal battle in London.

Saieh has collected Italian paintings, mostly religious, since the 1990s. Last October, the Getty Museum in Los Angeles announced it had purchased from his collection another work by Bronzino, Virgin and child, a variant of a better known painting in London's National Gallery (with a provenance that goes back to the end of the 19th century). According to Gazette Drouot, Saieh was also the buyer of the "Kitchen Cimabue" panel, Christ mocked, discovered in an elderly woman's kitchen in France and sold at auction north of Paris last October for a record €24.2m. The Culture Ministry, however has banned the export of the work for 30 months while the Louvre tries to raise the funds to buy the picture.

UPDATE: This article was updated on 22 January with information from the Alana Collection that the work was purchased at Derek Johns Gallery and that it was previously owned by the Zurich collector H. Wirth, not Hauser & Wirth.