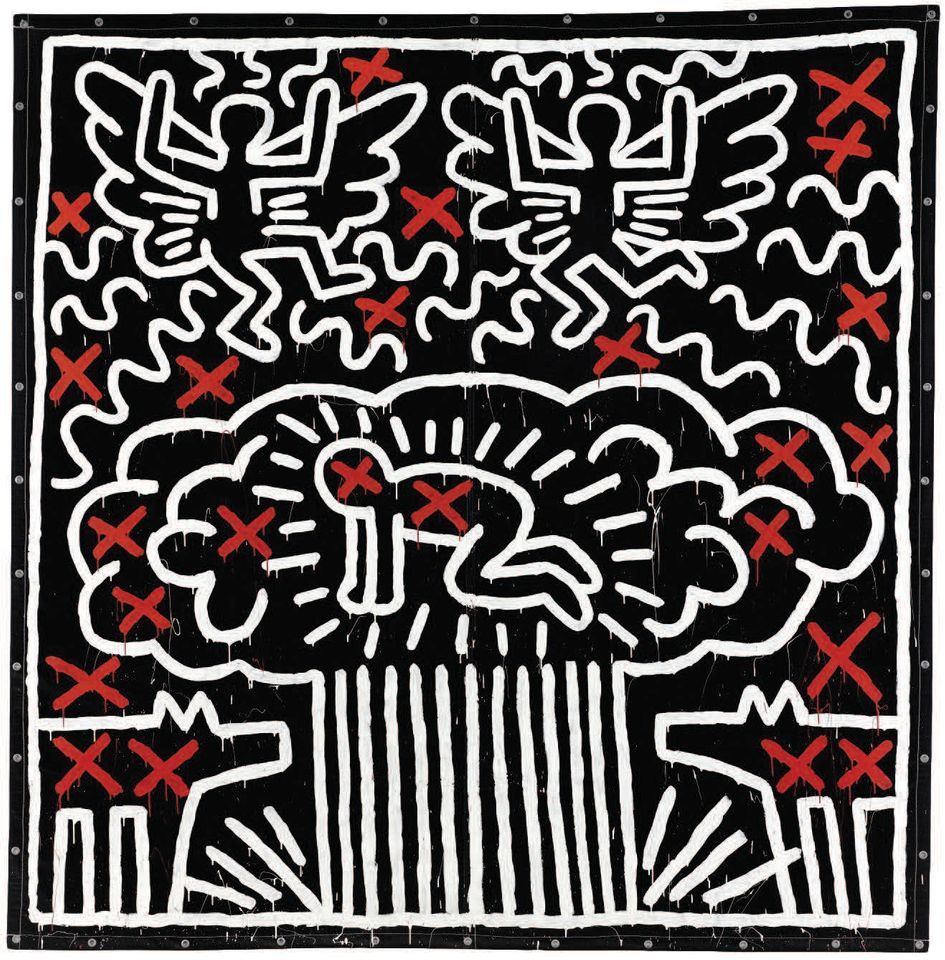 Keith Haring’s Untitled (1982) was sold for $6.5m at Sotheby’s in May 2017 but was never paid for © The Keith Haring Foundation via Sotheby’s

Sotheby’s has won a $2m summary judgement in its lawsuit against the art dealer Anatole Shagalov of Nature Morte gallery of Great Neck, New York (no relation to the Delhi gallery).

At issue was a 10-foot square painting on a tarp by Keith Haring, Untitled (1982) which Shagalov bought at auction in New York on 18 May 2017. The cost was $6.5m with fees, but Shagalov never ponied up the sum. After various unsuccessful attempts to get payment, the auction house resold the work in October of the same year for $4.4m to the guarantor—and went to court to recover the difference.

Shagalov claimed that he had been given “special terms” by Adam Chinn, who at the time was still with Sotheby’s—Chinn was made redundant in December 2018—but the court found that: “There simply is no indication written or otherwise which supports the notion that Sotheby’s agreed to an extended payment plan beyond 90 days.” Shagalov further claimed he was on the point of finding a buyer and so be able to pay for the work, and that Sotheby’s off-loaded it too quickly at too low a price.

The court was not having any of that and awarded damages against Shagalov of just over $1.5m, with additional damages to be determined, but likely to take the total to about $2m. Shagalov’s lawyer Rikk Stone says his client plans to appeal.

This is just one of a slew of lawsuits that target Shagalov, who has become embroiled in manifold disputes over non-payment for works. Phillips has a pending lawsuit over Morris Louis’s Para IV (1959) and Christopher Wool’s Untitled (P271) (1997) bought in 2015 by Shagalov for a total of just under $6m.

Asked whether Shagalov is able to pay, Sotheby’s outside counsel Paul Cossu of the law firm Olsoff Cahill Cossu, says Shagalov has 20 years to do so and adds: “I doubt that Mr. Shagalov will be permitted to bid at Sotheby’s or any other major auction house until his debts have been repaid.”