There is much to admire in the catalogue raisonné of C.R.W. Nevinson's work

In many ways, Christopher Richard Wynne Nevinson (1889-1946) was his own worst enemy. A relentless self-promoter—his astute command of media coverage rivals that of David Hockney today—he had a quotation for every occasion. The son of a distinguished journalist and war correspondent, C.R.W. turned to writing when art could not pay the bills, and wrote a marvellously cranky autobiography called Paint and Prejudice (1937). He was adept at opinionated journalism, the wilder the better, and hid his artist’s sensitivity and a broad streak of paranoia under blustering self-confidence.

Nevinson first came to public attention with his forceful First World War paintings and prints, having already made quite a noise in art circles as the only English Futurist. His angular mechanomorphic imagery, developed out of Futurism, has stood the test of time but his prints seem to focus and intensify it more than his paintings. This book is a catalogue raisonné of his prints and demonstrates just how brilliant a printmaker Nevinson could be.

Jonathan Black has spent more than 16 years researching his subject, and draws upon much previously unpublished archival material as well as a wealth of contemporary comment. All 148 of Nevinson’s prints (drypoints, lithographs, etchings, woodcuts and mezzotints) are listed and only ten (some marked “whereabouts unknown”) are not illustrated in this sumptuous volume. C.R.W. Nevinson: the Complete Prints provides an immensely detailed account of Nevinson’s printmaking career, which lasted from 1916 to 1932, after which he gave up on health grounds, the acid fumes from etching affecting his lungs. Ironically, this was at a point when his reputation as a printmaker stood highest, even though the 1920s print boom had already crashed. Nevinson’s stock is again riding high, and at a recent exhibition prices for the very collectable wartime drypoints and lithographs reached the £175,000 mark.

Black records Nevinson’s impressive technical ability with the drypoint burin, lithographic chalk and etching needle, and his determination to experiment with such unfashionable and complex techniques as mezzotint. He did not venture far with woodcuts, making only two, and easily his favourite medium was drypoint, with which he began his investigation into printmaking. He made about equal numbers of lithographs and etchings, though categorising them is complicated due to his fondness for mixing his media—for example, drypoint with etching. Above all, Nevinson was a supreme designer of memorable images, with an eye for telling detail but an even greater urge to clarity.

Nevinson is here put into context, receiving the approbation of his peers, such as Augustus John, George Bellows, Paul Nash, Henri Matisse and McKnight Kauffer. Writers too admired and collected his prints, from H.G. Wells to T.S. Eliot and Gertrude Stein. Innumerable influences and references in Nevinson’s prints are tracked and identified, from Hokusai and Hiroshige to Meryon and Goya, Rembrandt, Whistler, Monet, Dix, Grosz and Degas, El Greco, Renoir, Daumier and Van Gogh. Sickert spotted his talent early on and advised him to take up etching. Michael Sadler gave him access to his extensive collection of German Expressionist prints. From these varied inspirations, Nevinson forged a potent style of his own.

If he found his best subject in war, it is fair to say that Nevinson constantly sought another theme to equal it, and came close with the skyscrapers of New York and the unexpectedly serene landscapes of southern England. He was also good at the cityscapes of London and Paris. However, he was no print-portraitist (witness the archaic and over-benign rendition of Edith Sitwell), being better at crowds and architecture. Jonathan Black has done us a signal service in showing the engrossing range of Nevinson’s work and directing our attention to a still somewhat neglected modern master. 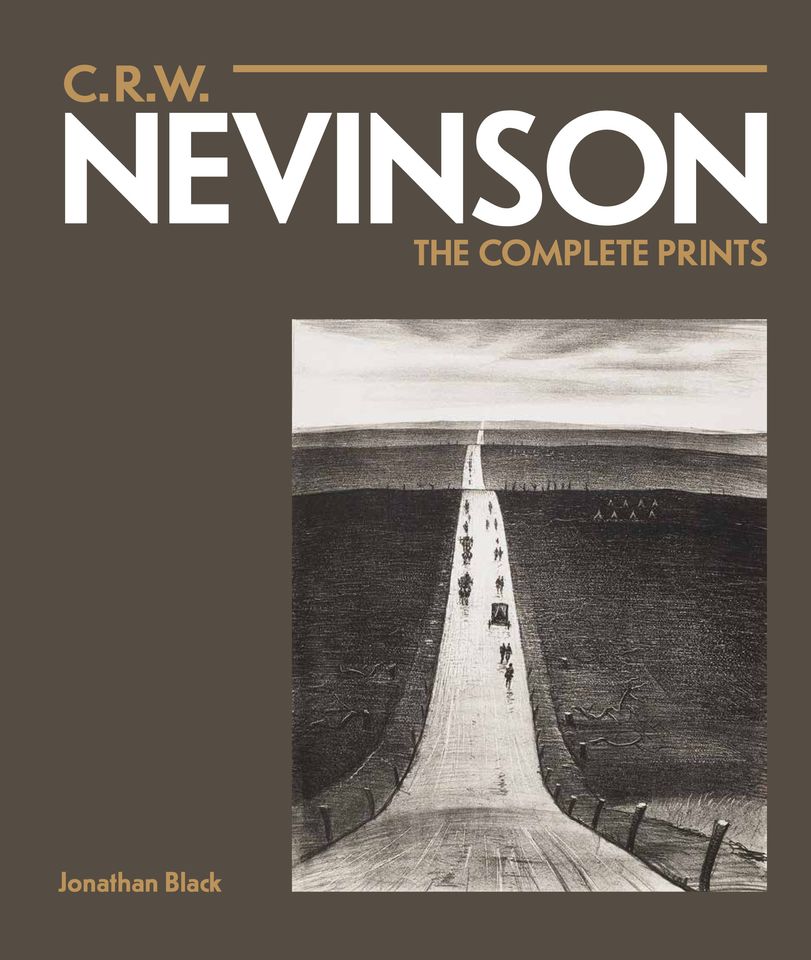 Andrew Lambirth is a freelance writer, critic and curator. He was the art critic of The Spectator from 2002 to 2014, and his reviews have been collected in book-form as A is a Critic (Unicorn). His latest monograph, on the landscape painter Patrick George (Sansom & Co), was published last year, and he is currently completing a study of the pioneering Scottish abstract painter and member of CoBrA, William Gear (Sansom & Co), whose centenary falls in 2015.

Boo to NFTs! Hang on, think of no customs fees

Boo to NFTs! Hang on, think of no customs fees