On 1 December, artist Jordan Eagles is projecting a work made with HIV+ undetectable and PrEP blood directly on to the gallery walls 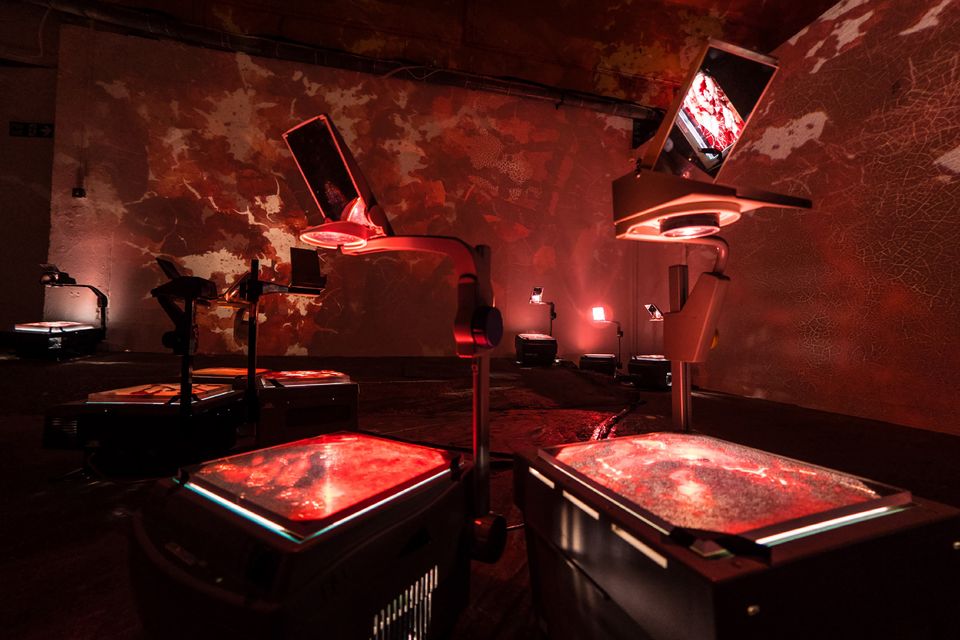 Jordan Eagles plans to fill the Andy Warhol Museum with blood to commemorate World Aids Day on 1 December. The immersive installation will consist of several projections from the artist’s Illuminations series, which ruminates on the politics surrounding queer blood and the prejudice LGBTQ people face because of the stigma of HIV and the FDA’s discriminatory blood ban against men who have sex with men.

The project will take over a gallery inside the Pittsburgh museum’s current exhibition, Andy Warhol: Revelation, which examines the Pop artist’s relationship to Catholicism. With his work, Eagles will project magnified images of blood directly onto the walls where famous works by Warhol hang, including Raphael Madonna - $6.99 (1985) and prints from his Skulls and Cologne Cathedral series. The abstract panels used in the projections were created with blood donated by 59 gay, bisexual, and transgender men—most of whom are on PrEP, a daily medication that helps prevent HIV infection.

José Diaz, the museum’s chief curator, describes Eagles’ site-specific installation as "a dynamic and moving presentation" and "timely". The daylong installation will also include the contemporary artist’s Vinci (Illuminations) (2018), a recreation of the Salvatore Mundi in blood that questions if the Renaissance work’s $450m price tag could have been better spent on medical advancements. And the nonprofit Allies for Health + Wellbeing will be on-hand during the show to provide information and services for individuals at risk of HIV, viral hepatitis, and other sexually transmitted infections.