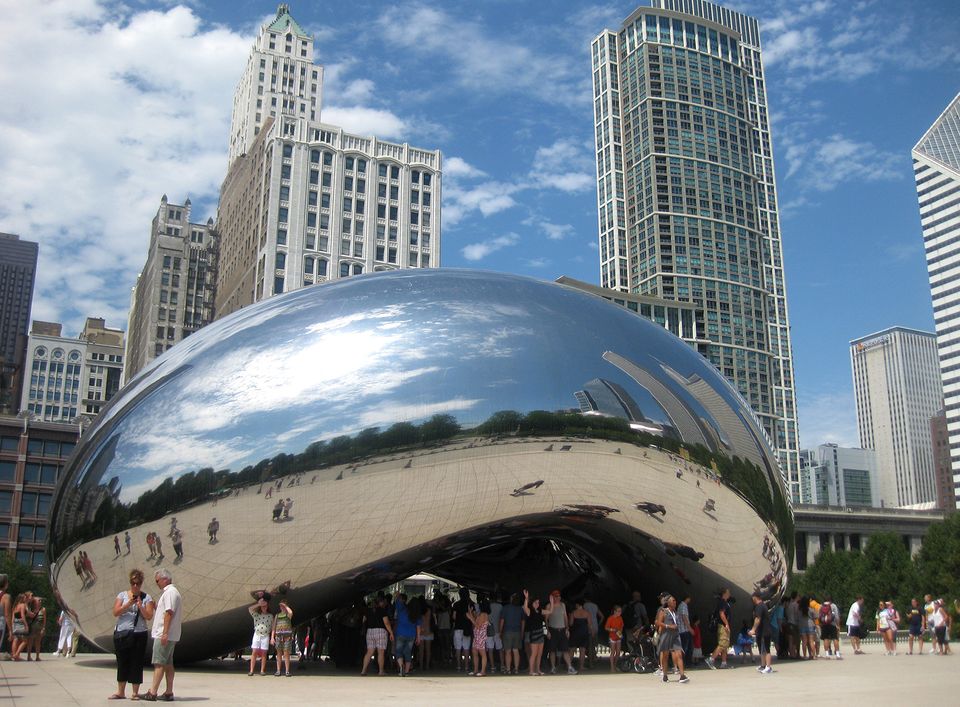 Anish Kapoor has followed up on his condemnation of the National Rifle Association (NRA), which used of an image of his Chicago sculpture Cloud Gate (2004) in a promotional video, with a copyright infringement lawsuit aimed at the US gun lobby. “These sadly are times in which it is urgent for us all, in whatever way we can, to stand up to the dark and aggressive forces in society that seek, out of fear and hatred, to lead us backward into a primitive, paranoid, and defensive worldview,” Kapoor says in a statement.

In the one-minute video released last year, The Violence of Lies, the NRA spokesperson Dana Loesch warns of the dangers that an undefined “they” pose to freedom, beginning: “They use their media to assassinate real news.” As Loesch continues to list what “they” do—including indoctrinating children and riling up protesters—a series of black-and-white images flashes across the screen, including the urban landmarks of the Hollywood sign, the Renzo Piano–designed New York Times building, Frank Gehry’s Walt Disney Concert Hall and Kapoor’s Cloud Gate.

“The NRA’s ‘advertisement’… seeks to whip up fear and hate,” Kapoor said in an open letter against the video in March. “It plays to the basest and most primal impulses of paranoia, conflict and violence, and uses them in an effort to create a schism to justify its most regressive attitudes. Hidden here is a need to believe in a threatening ‘Other’ different from ourselves… The NRA’s video gives voice to xenophobic anxiety, and a further call to ‘arm’ the population against a fictional enemy.”

Kapoor demanded that the NRA remove the image of his Cloud Gate from the video, according to the complaint filed in US District Court in Illinois, but the organisation refused. So, Kapoor is now seeking $150,000 in damages per instance of infringement and aims to take the case to trial.