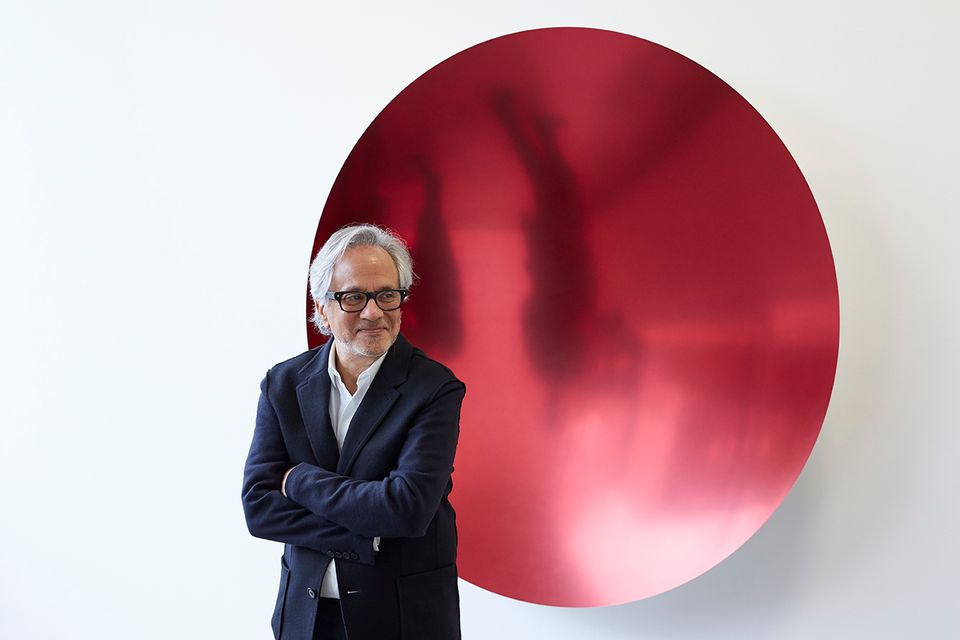 Anish Kapoor will reveal his works using the "blackest" pigment to the public for the first time Photo: Jack Hems; courtesy of Lisson Gallery

Anish Kapoor will debut a series of works made using the "blackest material in the universe" at the Galléria dell'Academia during the 2021 Venice Biennale.

This will be the first time the public will see the material Vantablack S-VIS used in a work of art. Developed by the British scientific research company Surrey NanoSystems in 2014 for aerospace purposes, the "nano-material" traps nearly all light (99.96%) falling on its surface.

Kapoor controversially acquired the exclusive rights to develop the artistic uses of a sprayable version of the material in 2016, with many artists questioning the right of any artist to monopolise a colour. In response, Kapoor has said that controversy over his use of Vantablack is “misinformed”. The infinitesimally fine coating “does not come out of a tube”, he says and its application as an ultra-thin layer of carbon nanotubes requires a specialised technical process.

Kapoor partially explained the process in his London studio today, standing among his never-before-seen Vantablack works. He says that the process involves the material entering a reactor. "The particles stand up like velvet when they are put to a reactor. To give you a sense of scale if the particle were 1m-wide it would be 300m-tall. When the particles stand up next to each other light gets trapped in between each particle".

However, even Kapoor does not know the whole process that occurs within the reactor. This is due to the security measures stemming from the material's military and defence capabilities, which allow it to be used as "a cloaking material for hiding satellites". The visual effect creates works of art that are almost "entirely lacking in dimension", using negative space to create a disorienting trompe l’œil effect.

Greg Hilty, the curatorial director of Lisson Gallery, which represents Kapoor, says that the upcoming Venice exhibition will also include the artist's "void" sculptures in blue and red pigments which won him the 1991 Turner Prize and were also shown at the 1990 British Pavilion at the Venice Biennale.

These works planned to go on display at the Galléria dell'Academia all explore Kapoor's interest in "void space", Hilty says. "These works take earlier ideas present in his work to extremes."

Transporting the Vantablack works will be a particularly difficult issue for this upcoming show, Hilty adds, as the works (which are currently encased in transparent plastic boxes) can not be touched by humans hands.

Kapoor also opens his largest UK show of outdoor sculpture at Houghton Hall in Norfolk this month (Anish Kapoor at Houghton Hall, 29 March-27 September), where his large reflective sculptures will interact with the Neoclassical architecture of the building.