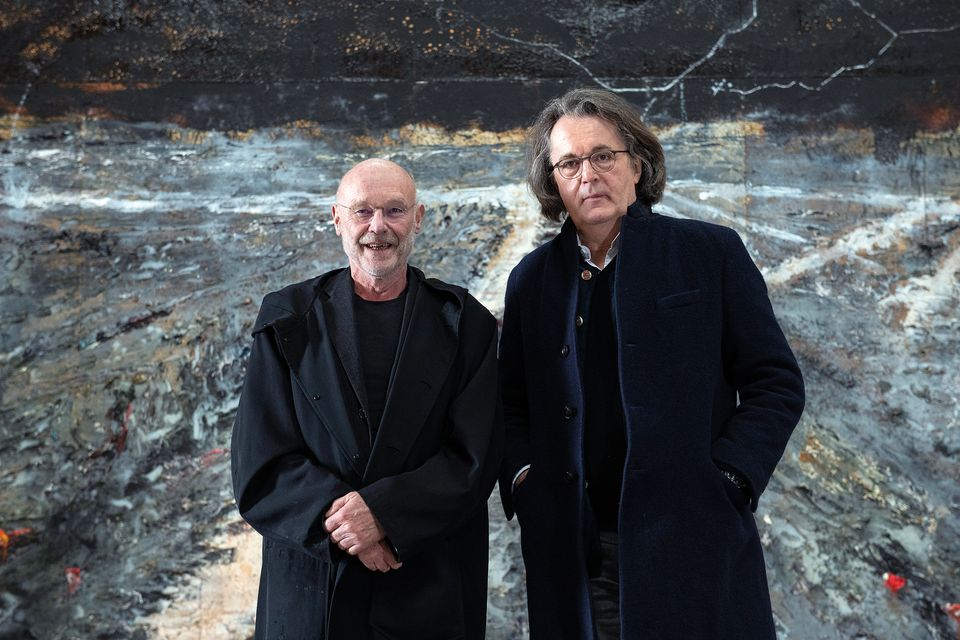 The artist Anselm Kiefer (left) and the French composer Pascal Dusapin have both been commissioned to make works for the Pantheon Photo: D. Plowy/Panthéon/CMN

The German artist Anselm Kiefer has been commissioned to make permanent works for the Pantheon in Paris by President Emmanuel Macron to mark the installing of French writer Maurice Genevoix's coffin. It is the first time that new art has been installed in the monument in nearly a century.

Genevoix's coffin, which until now had been in a Parisian cemetery, has been moved to the Pantheon as France marks the centenary of the symbolic burial of the Unnamed Soldier under the Arc de Triomphe on Remembrance Day.

Kiefer was commissioned to make a work in tribute to Genevoix (1890-1980), the author of the celebrated book Ceux de 14 (1950), based on his experiences of fighting in the trenches during the First World War. Macron reportedly chose to commission Kiefer, who has been based in France for over 25 years, after meeting him in Aachen in 2018.

Kiefer's six glass-and-steel vitrines reflecting upon the First World War and featuring transcriptions of phrases written by Genevoix are being unveiled in a ceremony this evening presided by Macron in honour of the arrival of Genevoix's coffin at the Pantheon.

Kiefer says that the vitrines, which contain a field of poppies, clothes splattered with mud, stones, ruins and rusty barbed wire, “perhaps recall reliquaries but they don't contain anything precious”. Preceding the vitrines—situated around the nave—are two huge paintings by Kiefer, on display temporarily, also inspired by the First World War. The French composer Pascal Dusapin has been commissioned to make a piece of music that features the names of soldiers who died.

In an interview with the curator Jean de Loisy, Kiefer—who was born in 1945 and played with debris from Second World War bombs during his childhood—said: “I didn't want to make a monument but rather [...] dwell on tragic moments through transforming them. [...] History, as it feels to me, seems to signify that war and evil are not only inevitable but the condition of man. Man is capable of everything, that's my affliction, but what can I, a pessimistic artist, do faced with the course of the world's history.”