The project in Brooklyn Bridge Park is a commission of BTS Connect, an international public arts initiative funded by the Korean boyband 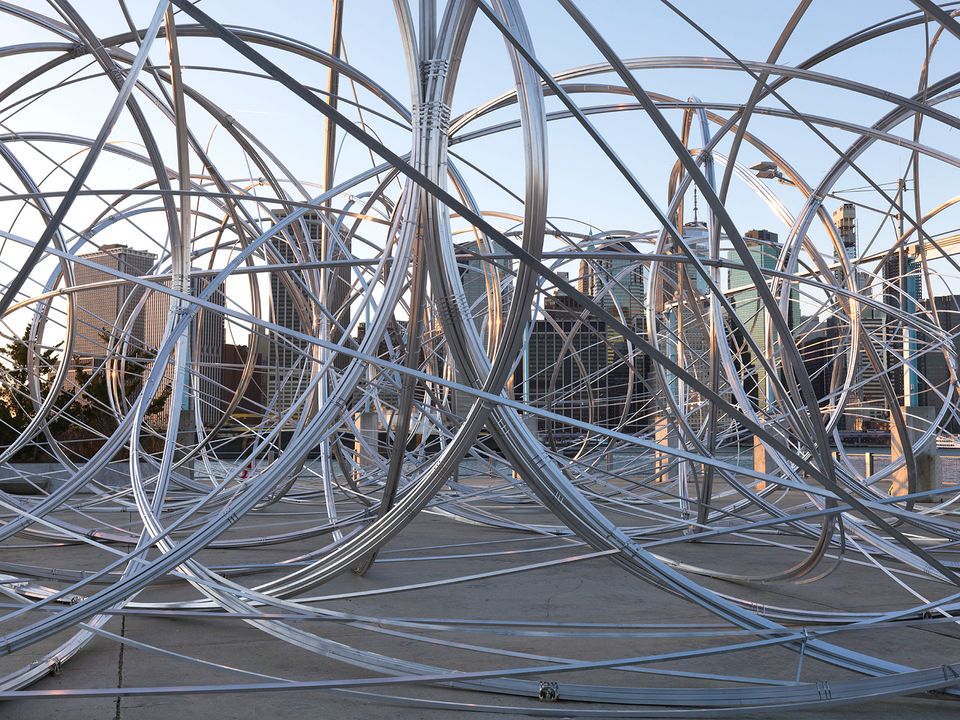 The British sculptor Antony Gormley has produced a towering work in Brooklyn that conceptually evokes “the phenomena of human connection”, he says, during a time when political and ideological odds between humans have caused “an absolute fucking disaster”. The monumental work New York Clearing (2020)—a “drawing in space”, as the artist describes it, involving more than 18 kilometers of coiled aluminum tubing that rise to a height of more than 15 meters—was unveiled today at Pier 3 in Brooklyn Bridge Park and remains on public view until 27 March.

“I’m frightened of claiming symbolic value for the work—it’s just a big scribble made into three dimensions and placed outdoors in the elements—but there is a paradoxical combination of restraint and freedom in the material and its construction,” the artist says. “You could say that’s mechanical potential, but I think of it as human potential that can remind us that we have all the capability of empathy and the ability to see in another person something that we remember about ourselves.”

The work is “not an object, but a field”, the artist says, which visitors are invited to enter and navigate. “Once you’ve accepted the invitation to enter this field, you become aware of a form of consciousness that, as urban dwellers, we’re not so comfortable with. You encounter other people and become a part of an evolving field of human connectivity.”

The concept is especially pertinent in the current political climate, according to the artist. “We have this nostalgic return to nationalism that is extremely dangerous, delusional and divisive, like Make America Great Again or Boris talking about our removal from our nearest neighbours as some kind of ability for us to take control.”

He adds: “To a degree, the project also speaks to the idea that we must be vigilant in resisting the lies of our politicians and realise that, through our global connection, we have the ability and responsibility to educate ourselves and set up alternative potentials for the future that lie outside of nationalistic politics.” 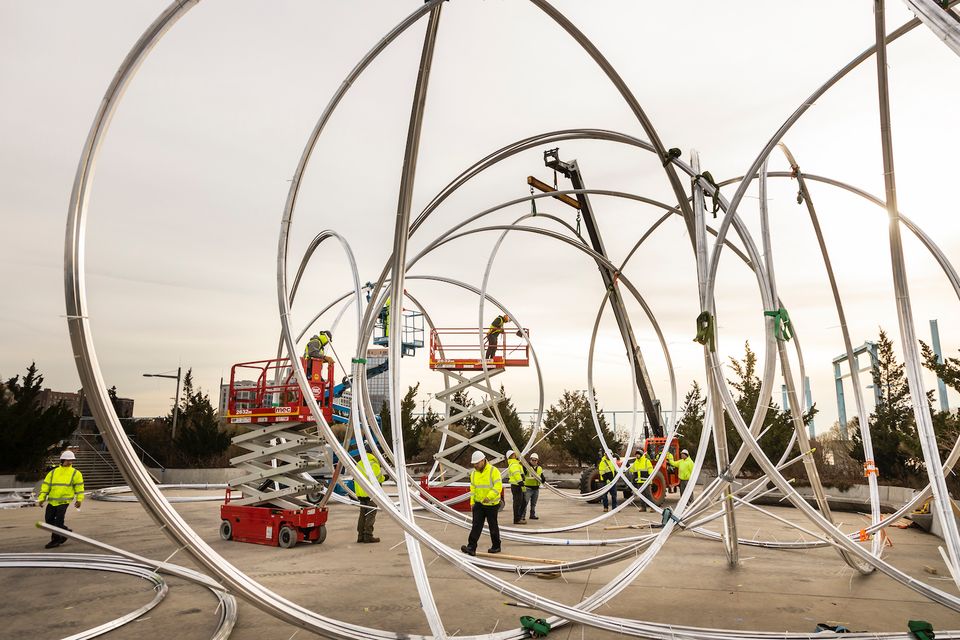 The work is one in a series of five international commissions funded by Connect BTS, an unprecedented public art initiative launched by the Korean pop group BTS in January this year. In its inaugural season, the programme has funded Herculean commissions in five cities with artists such as Jakob Kudsk Steensen and Tomás Saraceno.

BTS are “very young—and I’ve never met them—but they decided to make something happen that didn’t need to happen and with a very particular view”, Gormley says. “The art world can be quite self-serving and internalised and yet this initiative reaffirms that art is essentially everyone’s and that it is made to be shared, which I think is the root of their philosophy and why I agreed to play a part in their wish that art should be a platform for greater connectivity and understanding.”

The unique initiative allows for “maverick projects that don’t fall within institutional or commercial narratives”, Gormley says. “It allowed us to use such a potent site in New York—a place in the elements, rather than a building, since buildings are always owned by somebody and represent some interest we can’t control—to pose questions about who we are, where we are going and what we believe.”