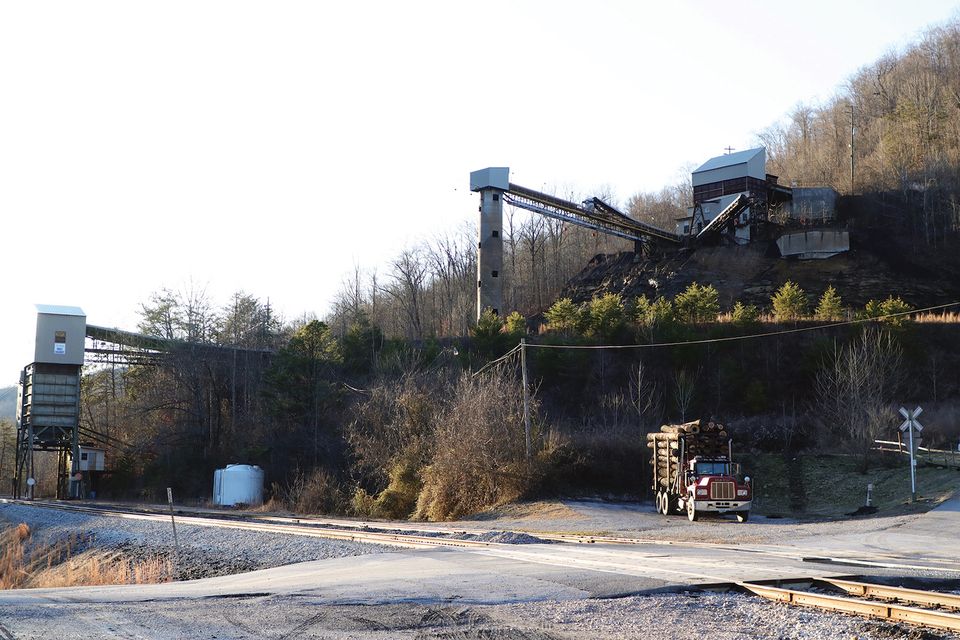 Could repurposed coal-mining sites in the Appalachian mountains of Eastern Kentucky become an art-world destination and hub for a burgeoning arts scene? That is the ambitious proposition underpinning Somewhere Appalachia, an initiative spearheaded by Brook Smith, a Louisville-based entrepreneur, philanthropist and contemporary art collector.

After working for 25 years in the insurance industry, the Kentucky native sold his business, Smith Manus, in 2014. He had specialised in providing surety bonds for sectors including coal mining and had observed how Appalachia was struggling with the effects of the dying industry. “I felt my mini-windfall needed to be shared with those communities,” he says.

The idea for Somewhere Appalachia came out of a chance encounter with Berlinde De Bruyckere’s massive sculpture Cripplewood in 2016, during a visit to Hauser & Wirth’s New York space. Completed in 2013 for the Belgian Pavilion at the Venice Biennale, the piece, almost 90ft long, was cast from an uprooted tree and evokes a wounded body coursing with blood and bandaged with tattered cloth.

“It just stopped me dead, in a moment like when I first saw the Grand Canyon,” says Smith, who found a haunting metaphor for Appalachia in the work. “Cripplewood is about beauty, it’s about challenge, it’s about healing and transformation—all things I see in the region.” He imagined how it might look in a pavilion on an old surface mine. “It’s almost like I had an anxiety attack,” he says, “like I had to drop everything I was doing and figure out if I can connect these dots.”

That first required convincing De Bruyckere to sell her largest and most prominent work, which she had originally hoped would go to a museum. “Brook invited me to come to Appalachia,” says De Bruyckere, based in Ghent, admitting she had not known anything about the region. They met with students, artists and educators, and De Bruyckere saw collections of local ceramics and folk art. She was taken with Smith’s idea of using Cripplewood as a catalyst around which to create gardens, sculpture parks and other buildings for art.

“I felt that there was already so much beautiful energy in that area and my work would bring more,” says De Bruyckere, adding that the effort to get to Appalachia was part of the lure. “It could become a pilgrimage,” she says. “You have this journey and then you enter somewhere and see something that you can’t believe is there.” The artist imagines the possibility of digging into a hill to site Cripplewood and connecting the piece—inspired in part by the image of Saint Sebastian wounded by arrows—to a landscape injured by mining. Smith acquired Cripplewood in 2018 for around €1m.

Since then, the Somewhere Appalachia initiative has enlisted architecture students at the University of Kentucky in preliminary master planning. Assigned to envision a pavilion to permanently house Cripplewood, as well as a possible visitor centre, gallery and performance spaces, education facilities, hospitality amenities and spaces for artists in residence, the students will exhibit their projects at the Venice Architecture Biennale, which was due to take place later this year but has now been postponed until 2021.

With a small team, including Penny Peavler, the former head of the Frazier History Museum in Louisville, Smith is looking at multiple sites. “We would like to take over these permits and this land, and stabilise the old infrastructure so we all could remember what was,” Smith says, noting the beautiful meadows and hiking trails produced through the reclamation process on some of the removed mountaintops.

A pavilion for Cripplewood would be the anchor but Smith hopes to pull together a combination of sites. He estimates he could personally spend close to $2m over the next 18 months, in addition to seeking other funding sources, before being ready for visitors in late 2021 or early 2022.

“What we’re trying to accomplish out of this is art incubation, tying in the education community from lower school on up to high school,” he says. “Hopefully it will spark development in hospitality and tourism.” He points to models such as the Eden Project in Cornwall, England, Landschaftspark in Duisburg-Meiderich, Germany, and the Chinati Foundation in Marfa, Texas, that have all turned remote locations into cultural destinations.

“I wouldn’t put in a dollar of my foundation’s money unless I felt it was going to have multiple dollars of impact, whether it be a general economic impact or as it relates to education or the challenges of opioid addiction or nutrition,” Smith says. “I’m making a rest-of-my-life commitment to this.”