Archaeological work at Ephesus shut down by Turkish government

The Austrian-run project was forced to close early, reportedly due to a political row between the two countries

Turkey’s crackdown on dissent has spread to the field of archaeology, with a dig at the ancient site of Ephesus in western Turkey suspended because of a political dispute with Austria. The project, run by the Austrian Archaeological Institute, was forced by the Turkish government to stop work at the end of August, despite two more months of planned conservation at the site.

“I regret this decision very much because it mixes politics and science, and is inconsistent with the partnership that we have fostered over many years in Ephesus,” Austria’s vice chancellor Reinhold Mitterlehner, told the Austrian edition of The Local. “With this step, the freedom of science is continuing to decline.”

The row between Austria and Turkey has been escalating in recent months: in August, Austria’s chancellor, Christian Kern, referred to Turkey’s talks to join the EU as a “diplomatic fiction” and Turkey’s foreign minister Mevlüt Çavuşoğlu said that Austria was the “capital of radical racism”. Turkey also recalled its ambassador from Vienna, accusing city officials of allowing demonstrations in support of the Kurdistan Workers’ Party (PKK), which is listed as a terrorist group by Turkey and the EU.

Founded in the tenth century BC by Greek settlers in Anatolia, Ephesus is today most famous for the remains of the Library of Celsus, its Great Theatre, and as the city where the Temple of Artemis once stood. Constructed in the fourth century BC, but since destroyed, this temple was one of the Seven Wonders of the Ancient World. 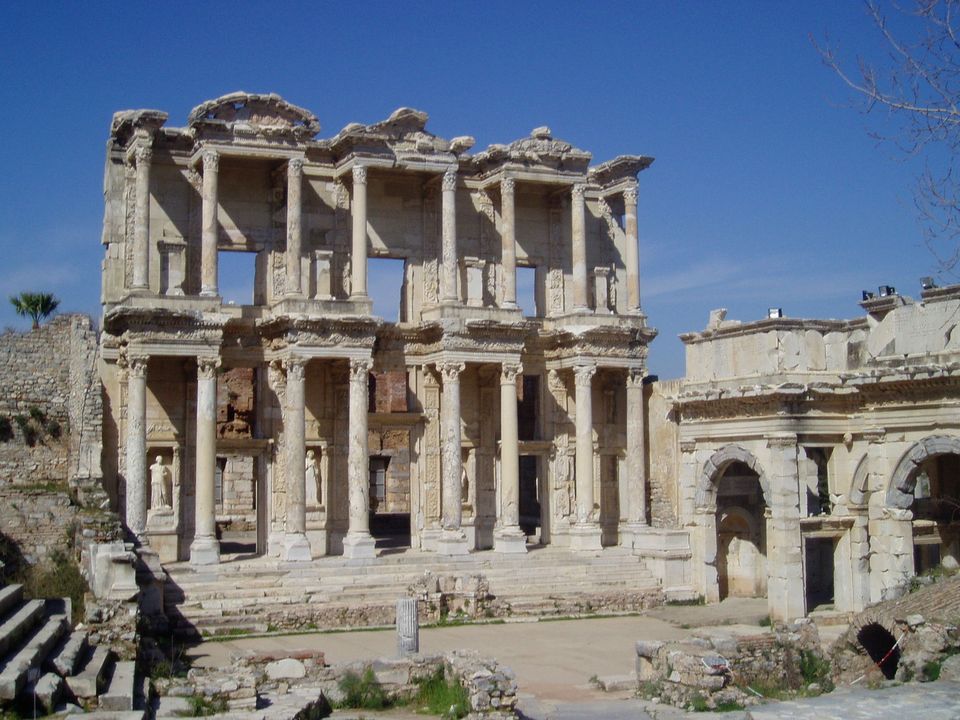 The Celsus Library in Ephesus

The city has been excavated by Austrian archaeological teams since 1895, and became a Unesco World Heritage site in 2015. Earlier this year, a mosaic conservation course backed by the Getty Foundation completed its five-year programme to train conservators from Jordan, Libya, Syria and Tunisia in Ephesus. From March to May, the team worked on a selection of endangered mosaics in an ancient Roman terrace house. “Turkey and Austria can look back on long and very successful archaeological collaboration in Ephesus. It is very important to the Austrian Academy of Sciences to continue this international scientific exchange which has proven fruitful for all parties,” said the organisation's president Anton Zeilinger.

This season’s excavations—at a Byzantine residential quarter and a Greek marketplace—had already been completed by late August, but there was further restoration work planned. The entire Austrian operation had to be shut down in three days, according to Science magazine. "Around a dozen staff from the Austrian Archaeological Institute and researchers from other countries working in Ephesus have been affected by the Turkish authorities’ decision and have returned home," the organisation said in a statement. A smaller project in Limyra was also cancelled.

Sabine Ladstätter, excavation leader at Ephesus and director of the Austrian Archaeological Institute, added: “We are in talks with everyone involved to enable us to continue the excavations in Ephesus next year and I am confident that we will find a common solution.”

This article was updated on 8 September to include a statement from the Austrian Academy of Sciences.