The tomb of an ancient Egyptian princess has likely been discovered by archaeologists excavating at a pyramid in the necropolis of Dahshur, 30 kilometres south of Cairo. The team, working for Egypt’s Ministry of Antiquities, first found the pyramid in April. Although only the inner structure remains, some architectural material was unearthed, including one inscribed block that bears religious texts and the name of the 13th Dynasty King Ameny Qemau, who reigned around 3,800 years ago and whose pyramid tomb is also at Dahshur.

Further excavations have revealed the princess’s burial chamber. Within, the team discovered the remains of a badly preserved human-shaped sarcophagus, a wooden box that once contained canopic jars—the containers that held the mummy’s internal organs—and wrappings. The inscriptions on the box indicate that the funerary objects belonged to one of King Ameny Qemau’s daughters, making her the pyramid’s likely owner.

The ancient necropolis of Dahshur is best known for two 4th Dynasty pyramids built under King Sneferu, known as the Bent Pyramid and the Red Pyramid, and the 12th Dynasty pyramids of kings Senwosret III and Amenemhat III. Other tombs of royals and courtiers were also constructed there, though little trace of them can now be seen above ground. 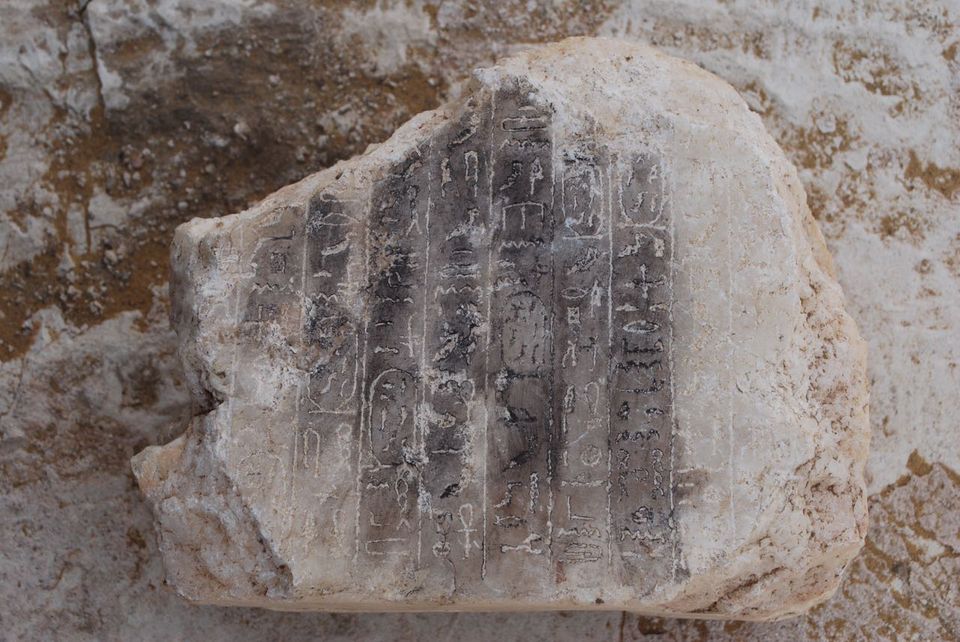 A stone is inscribe with hieroglyphics meant to protect the body in the tomb (Photo: Nevine El-Aref)
More News