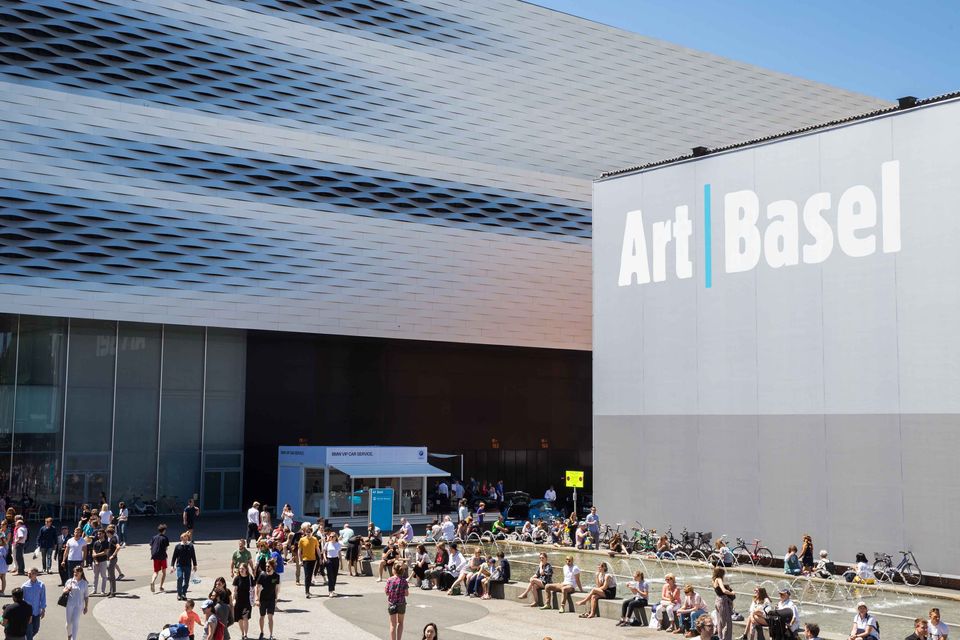 After weeks of speculation, the organisers of Art Basel have announced they are cancelling the 50th anniversary edition of the fair—which was due to open in Switzerland this September—in the wake of the coronavirus outbreak.

More than 250 international exhibitors were due to participate in the flagship Swiss fair which was originally scheduled to take place in June, but postponed until 17 to 20 September. The next edition of Art Basel will now take place 17 to 20 June 2021 (preview days scheduled for 15-16 June). Design Miami, which was due to run concurrently with Art Basel this September within the same Messeplatz complex, has also been cancelled.

“The primary considerations were the fundamental health and safety risks related to the pandemic, the financial risks for exhibitors and partners, the ongoing impediments to international travel, and the fact that the regulatory environment around large-scale events has yet to be finalised by the Swiss Federal Council,” say the organisers in a statement. The Swiss authorities have delayed a decision regarding restrictions on holding large-scale events until late June.

Marc Spiegler, the global director of Art Basel, says in a statement that although the organisation had "fervently hoped to support the art market’s recovery with a successful fair in September", ultimately "the uncertainties that we face remain too high." He continues: “The best way forward for our Basel show is to focus on delivering a fair of the same exceptional international quality that the art world expects from us next June, as we continue to support our galleries by further developing our digital platforms and by delivering our upcoming shows in Miami Beach and Hong Kong." Art Basel’s online viewing rooms, the digital version of the fair, will go live 19 to 26 June (preview days 15-16 June).

It has been a tough year for Art Basel and its parent company MCH Group. This year’s edition of Art Basel Hong Kong, scheduled to take place in March, was also cancelled due to the Covid-19 pandemic. Both the 2020 and 2021 editions of the Baselworld watch fair, which is also owned by MCH, have also been pulled.

Meanwhile, the organisers of Frieze London and Frieze Masters, the London fairs due to happen at the start of October, also sent a letter to their exhibitors at the end of May, scrapping the 1 June application deadline and saying it would make a decision about the fairs at the end of June. In the letter, Victoria Siddall, the global director of Frieze Fairs, Eva Langret, Frieze London's artistic director, and Kristell Chadé, the deputy director, Frieze Fairs, wrote that they understood "it will not be possible for every gallery to participate in Frieze London and Frieze Masters this year and we want to reassure you that this will have no impact on our relationship."

Even if the fairs cannot take place in their usual form, the organisers are keen to hold some sort of Frieze week; the letter adds that: "Whatever happens, we want this to be a week that celebrates the galleries and institutions in London."