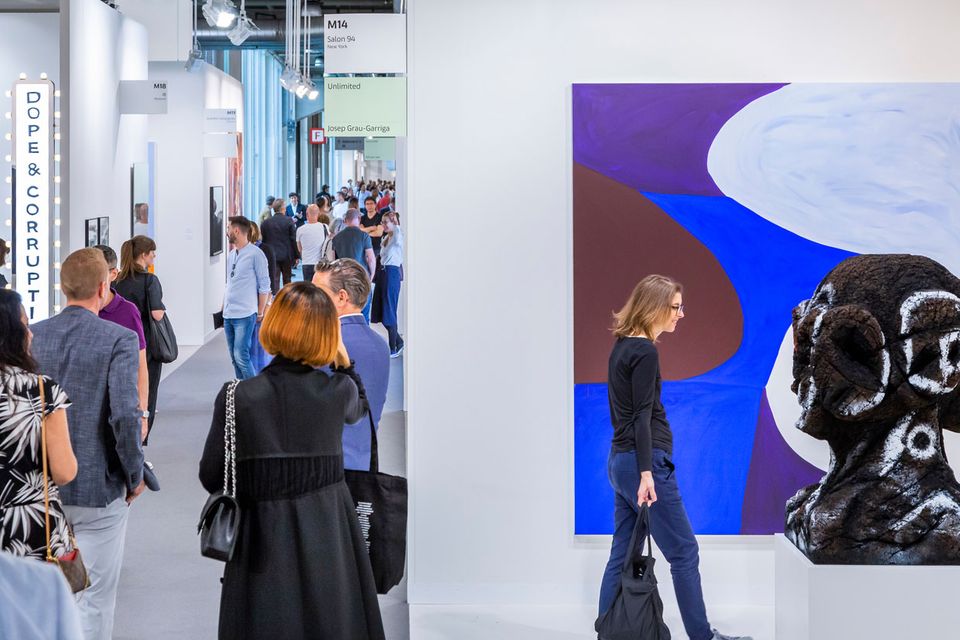 The cost of participating in art fairs for small and mid-sized dealers has long been a point of contention, leading David Zwirner to suggest at a conference in April that top galleries like his should pay higher prices to subsidise smaller galleries’ booths.

Art Basel has also put a hold on its 5% annual increase on booth prices. A similar model will be introduced in Miami Beach in 2019 and in Hong Kong in 2020.

Thaddaeus Ropac, one of around ten major dealers consulted on the new measures by Art Basel director Marc Spiegler, says Zwirner’s suggestion at the New York Times conference in Berlin earlier this year quickly won support among his peers. “It was suggested by David and then Marc Glimcher agreed. I also thought it was a great idea,” Ropac says.

Ropac acknowledges there are myriad ways to subsidise galleries, but Art Basel’s decision is a step in the right direction. “To have smaller galleries with ambitious programs pay less for their booths in relation to others is a good start,” he says. Costing booths according to a gallery’s income would be almost impossible, he adds.

Art Basel is also reducing its fees for stands in the statements and features sections. The price to participate in statements, dedicated to solo projects for emerging artists, will drop from CHF 12,000 to CHF 10,000; while a booth in the features section, which presents mini exhibitions by established or historical artists, has been cut from CHF 25,000 to CHF 20,000. Galleries that graduate to the main sector upstairs will receive a further 20% reduction on their square metre price for the first year and a 10% discount the following year.

Other financial considerations, such as shipping and staffing costs, are not part of the new arrangement, but may need to be addressed in the future. “Art Basel might also find ways to sponsor other costs, but the main thing right now is that there is an awareness of this gap,” Ropac says. “Its important to start thinking about how to make it easier for galleries who may be working with younger or emerging artists but don’t have the financial clout.”

A spokeswoman for Art Basel concedes that the changes to the fair’s pricing system and the additional benefits “will not resolve the systemic issues faced by many galleries”, but echoes Ropac’s sentiment that this is “a solid step in the right direction”.

She adds: “There are still many things that can be done like galleries coordinating shipping, etc. But the pricing at our fairs is the one thing that we are in control of.”

So will other art fairs follow suit? “I think all the major ones will have to,” Ropac says. “Nobody will want to be left behind. But let’s see. Art Basel has taken the lead and we are happy to be involved.”