Now in its 35th year, Art Brussels opens its doors to the public today (until 23 April), with an aim to cementing the city’s growing reputation as both an incubator for the avant-garde and as a European market leader for Modern and contemporary art.

Those goals are reflected in the fair’s “Discovery and Rediscovery” theme. Of the 144 galleries exhibiting, 30 are showcasing work produced in the last three years by young, emerging and lesser-known artists. A further nine booths are dedicated to works created between 1917 and 1987 by artists who have slipped under the art world’s radar.

The atmosphere during Thursday’s preview was buoyant, with a visible uptick in international collectors, many of whom shied away from last year’s fair in the wake of recent terror attacks. Galerie Daniel Templon, which has outposts in both Paris and Brussels, is showing a solo booth by the Senegalese artist Omar Ba. His work was a hit with collectors, who bypassed the gallery’s second booth of more-established names in favour of his paintings, four of which sold in succession for around €25,000 each. Local gallery Irène Laub provides another highlight of the fair with a range of conceptual works by young European artists. Donato Piccolo’s water turbine sculpture Unnatural Thought (2015) and Jonathan Sullam’s holographic disk Champagne taste lemonade money (2016) both drew crowds early on.

In the Discovery section, Gowen Contemporary made one of the first sales of the day: a 2017 work by the Pakistani artist Waseem Ahmed with an asking price of €4,400 that was snapped up by a Lebanese collector, demonstrating global demand for lesser-known artists during the opening. “This year there is a really sophisticated audience. We’ve also had lots of interest from new international collectors”, the gallery’s owner Laura Gowen told The Art Newspaper.

Art Brussels is also hosting an exhibition of personal artefacts donated by 73 artists titled Mementos: Artists’ Souvenirs, Artefacts, and other Curiosities. Organised by Jens Hoffmann and Piper Marshall, the show takes on the form of an anthropological survey, complete with objects displayed under glass domes and arranged in long cases. “The exhibition offers self-reflection and questions the speculative nature of collecting cultural history. We wanted to show a different form of cultural capital”, says Hoffmann. Belgian artist Sophie Nys provided a wooden toilet seat she found in the Black Forest while filming her 2007 work Die Hütte, while the American artist Joseph Kosuth chose a signed photo given to him by Hilary Clinton. 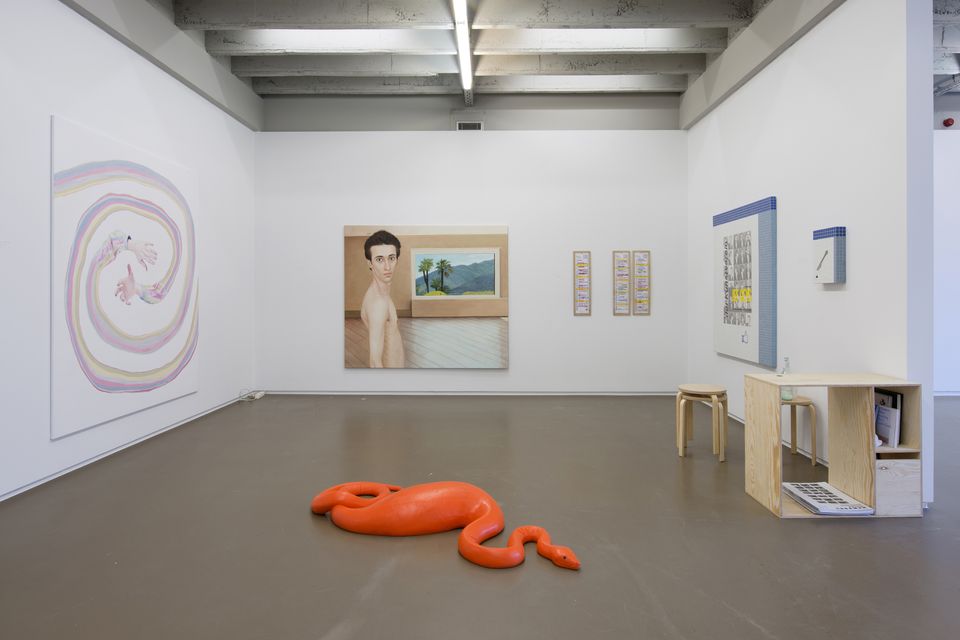 Over at the satellite fair Independent Brussels (until 23 April), strong initial sales were also reported during the preview on Wednesday. Travesía Cuatro, which has outposts in Spain and Mexico, sold a 2017 drawing by Jorge Méndez Blake for $80,000 to a Spanish-American collector, while the Belgium-based Tim Van Laere Gallery boosted for local talent, selling three pieces by European artists all working in Antwerp for between €15,000 and €48,000.

Art Brussels managing director Anne Vierstraete cited the satellite events that surround Art Brussels as bringing additional positivity. “We are happy to be the centre of a cultural mass happening in Brussels. Exhibitors now more than ever need to put in the effort for big events such as openings, dinners and fairs as a result of the number of spontaneous gallery visits dropping”, she said—perhaps hinting that art fairs are becoming the architects of their own problems.