In their latest project, the guerrilla group Indecline compares the US president to serial killer John Wayne Gacy 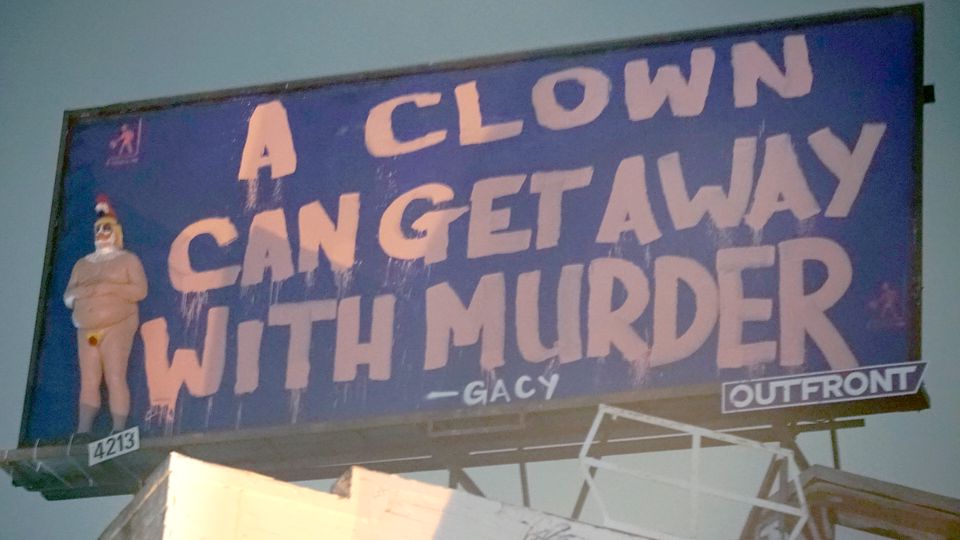 A life-sized sculpture of a naked Donald Trump made up to look like a clown was installed on a billboard above a Los Angeles motorway early Friday morning (17 August). The sign was painted with a quote from the American serial killer John Wayne Gacy, who told detectives surveilling his home prior to his arrest: "You know, a clown can get away with murder."

Indecline, the artist collective behind a series of anti-Trump works, put the statue up overnight to coincide with the second anniversary of their “naked Trump” project, during which they installed nude statues of the developer-turned-politician in five major US cities shortly ahead of the presidential election in 2016. Sculptures from that series have been sold for up to $28,000 at auction, which has helped fund Indecline's later guerrilla works, although the group says it is unlikely to retrieve the clown iteration from the billboard.

Next month, Julien’s Auctions in Beverly Hills will offer several of the group’s earlier works for sale to fund further projects. Among the highlights is a jail cell they secretly built in Trump International Hotel and Tower in New York earlier this year to hold an actor impersonating the US president, which carries an estimate of $10,000 to $15,000.