Art Dubai to show international artists' vision of the UAE

New residencies initiative aims to promote Gulf state's creative scene, while African galleries are on the rise at fair 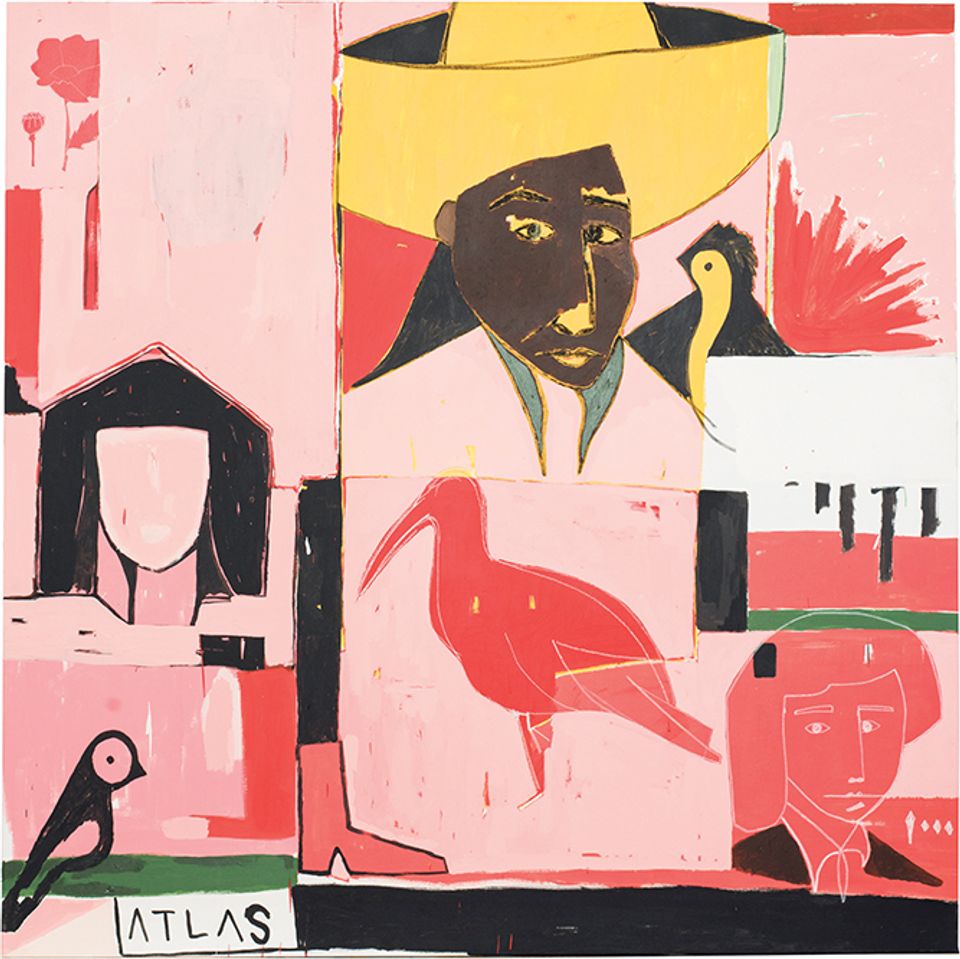 Atlas #2 (2017) by Farshad Farzankia, one of the artists taking part in Residents at Art Dubai The artist and Galerie Kornfeld

Dubai is known more for its voracious appetite for luxury goods than as a source of artistic inspiration—many artists actively avoid it. But the city’s international art fair Art Dubai is trying to change that perception by inviting artists to spend several weeks working in residence.

The fair, now in its 12th year, has had a smaller residency programme in the past, but Pablo del Val, the artistic director, has expanded this with Residents, wherein 11 galleries (all but two new to the fair) have each selected an artist to do a four-to-eight-week residency in the UAE, based at Tashkeel or In5 studios in Dubai, or Warehouse421 in Abu Dhabi. The works they produce will be for sale at the fair “fresh from the oven, a vision of the UAE through the eyes of someone encountering it for the first time”, as del Val says.

When del Val arrived in the UAE in 2015 from Mexico City, where he was the artistic director of Zona Maco, he was surprised to find a burgeoning network of studios. “I think everyone has a preconceived idea about the UAE and when you arrive you realise ‘oh my, this is not what I expected’,” del Val says. “I am envisaging that reaction from the artists. I think they will be quite shocked. I’m expecting anything from a nervous breakdown to someone falling in love.” Participating artists include the ­German-Ghanaian artist Zohra Opoku from Accra (Mariane Ibrahim Gallery, Seattle), Spanish artist José Lerma, based in Chicago (Roberto Paradise, San Juan) and Nigerian artist Victor Ehikhamenor (Tyburn Gallery, London).

Reflecting the UAE’s 95% ex-patriate population, Art Dubai is one of the most international of fairs—105 exhibitors hail from 48 countries this year. Most marked is the influx of galleries from west and South Africa (new exhibitors include Gallery 1957 (Accra) and Addis Fine Art (Addis Ababa and London). “Last year, there was a very positive reaction to the work of African artists; they were all selling really well,” del Val says. He has since made research trips to South Africa, Ghana and Nigeria to meet galleries, and collectors from Africa have been invited to the fair’s VIP programme.

Gallery 1957 from Ghana has also joined forces with Dubai-based Lawrie Shabibi for a gallery exchange, and held its first exhibition of the Ghanaian artist Serge Attukwei Clottey in Alserkal Avenue from January until 3 March—the first of a series of Condo-style “gallery takeovers” hosted by the Dubai gallery. Asmaa Al-Shabibi, the co-director of Lawrie Shabibi, approached Marwan Zakhem, the director of Gallery 1957, about the idea after the 1-54 fair in London. International demand for works from Africa-based galleries has risen steadily, Zakhem says, aided by the growth of museum shows, African art fairs and social media.

Geographically, Dubai is a crossroads which, Al-Shabibi says, makes it “a great place to discover new artists and diverse galleries”. But that can also be the fair’s weakness, she says: “It is a double-edged sword. Although it attracts the likes of Victoria Miro, Continua and Franco Noero, some of the big-hitting blue-chip galleries are still not making it out here and I don’t know if this is a big influence on the collectors who come out.”