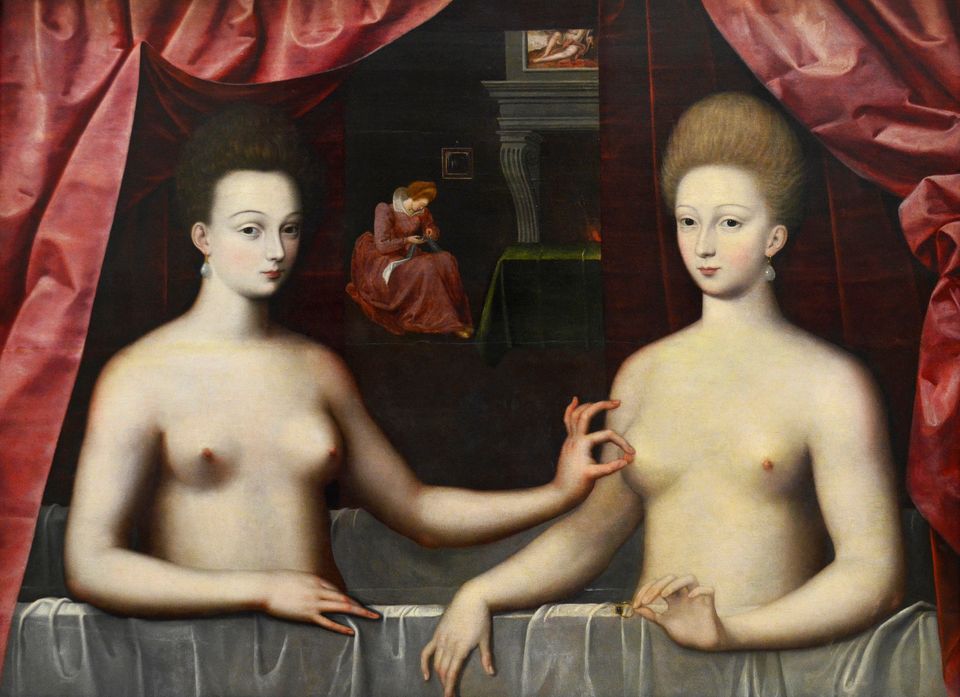 Too titillating? Pomarède Vincent's Gabrielle d'Estrées and One of Her Sisters, which hangs in the Louvre, would fall afoul of Iowa's nude ban Paris, Musée du Louvre © RMN

Can the government keep prisoners from seeing pictures of Botticelli’s Birth of Venus—merely because it depicts bare breasts—without violating the US Constitution? The images prisoners can look at, or even draw, is at the heart of two lawsuits brought by inmates challenging a 2018 Iowa statute banning material that is “sexually explicit or features nudity”. This could limit prisoners’ access to art and educational publications. In 2016, for example, a copy of The Art Newspaper addressed to an imprisoned subscriber was returned with a letter from the warden of a federal penitentiary in Missouri, because it “contains sexually explicit information… or features nudity”.

Under Iowa’s law, inmates no longer have access to mainstream publications such as National Geographic, says the lawyer Nathan Mundy, who represents Michael Lindgren, a tattoo artist challenging the statute in federal court. Mundy adds that his client is now not even allowed to draw his own nude figures, which will hurt Lindgren’s practice when he is released. “Nudity is a big feature in tattoo art,” Mundy says.

That could change. On 3 April, Judge Scott Rosenberg of Iowa’s District Court put a hold on enforcing the ban until the case he is overseeing is fully litigated.

Iowa’s law defines “nudity” as “a pictorial depiction where genitalia or female breasts are exposed”, while “sexually explicit” means “a pictorial depiction of actual or simulated sexual acts”, a definition that arguably encompasses Greek vase painting. The state’s definitions of prohibited material therefore may not be constitutional because it “could ban… access to legitimate art, literature and other publications”, including a medical journal depicting human anatomy, Rosenberg wrote.

Describing the judge’s order as “a strong rebuke of Iowa’s overly broad restriction”, Rachel Meeropol, a senior staff attorney at the New York-based Center for Constitutional Rights, says: “If the suit is successful, I would expect to see more challenges” to similar laws.

The Iowa Attorney General’s office and the Department of Corrections declined to comment.

The 12 inmates in Rosenberg’s case, who do not have a lawyer, argued in their petition for a temporary restraining order that the law prohibits “substantial amounts of constitutionally protected speech”, depriving them of obtaining “happiness and meaning (especially in the depraved environment of the penitentiary) through the arts”. At oral arguments, they stated they were adamantly against pornography and did not seek access to it.

However, the defendants—Iowa, the state legislature and the Iowa Department of Corrections—argued that the statute was sound because it prevents the distribution of pornography, which, they contended, interferes with rehabilitation, harms psychologically unfit inmates, and could cause some to act out their sexual aggression toward staff or other prisoners. Before the statute took effect last year, sexually explicit material could be viewed by some inmates in special reading rooms.

In his ruling, Judge Rosenberg ordered the defendants not to prevent the distribution of material containing “mere, non-sexually explicit, nudity” and that they store what they deem sexually explicit material until the litigation ends.

Prisoners have “the same capacity to be inspired by art as people outside of prison”, says Meeropol. “A rule like Iowa’s, which could prevent prisoners from viewing Michelangelo’s David… cannot be justified by any legitimate penological interests. It’s just about control for control’s sake”.