'I faced the reality of emptiness': artist Michelangelo Pistoletto on surviving coronavirus 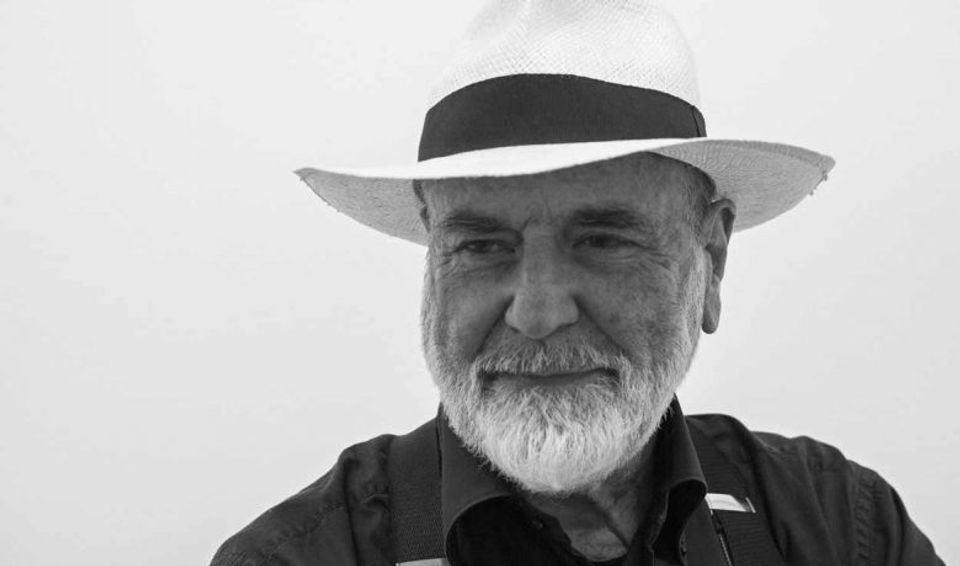 The Italian artist and Arte Povera pioneer Michelangelo Pistoletto is recovering from coronavirus after being admitted to hospital in Biella, his hometown in northern Italy where his non-profit culture hub, Cittadellarte-Fondazione Pistoletto, is based. The 86-year-old says: “I faced the reality of emptiness… a central void where there is no soul or ego.”

The Cittadellarte journal, the foundation's publication, conducted an interview with Pistoletto from his sick bed last week. The artist said he had been in hospital for around three and a half weeks and was due to leave; a spokesman for the foundation confirmed that the artist had since been discharged.

In a wide-ranging discussion, Pistoletto draws on his life and practice. He conceived his "Third Paradise" project in 2003 as a “passage to a new level of planetary civilisation, essential to ensure the human race's survival”. He says that the Third Paradise is the third phase of humanity, which he describes in an online manifesto as a balanced connection between artifice and nature.

“People need to take responsibility for how they are fed, dress, move, how we meet and what we do together." Michelangelo Pistoletto

He believes his philosophy is now the way forward. “In isolation, I had the opportunity to reflect a lot: I thought it was an opportunity to bring change in the wake of this terrible global experience. The change I am referring to is what we have been preparing for decades, that is, the one relating to the meeting of differences represented by the Third Paradise,” he tells the Cittadellarte journal.

The interviewer asks Pistoletto if sustainability should be a global priority in the wake of the pandemic. “People need to take responsibility for how they are fed, dress, move, how we meet and what we do together. It is also important to identify new principled rules and [patterns of] behaviour that can be developed without relying on governmental guidelines,” Pistoletto responds. New sources of energy—rather than “polluting [fossil fuels] such as oil”—must be found, he says.

“It is not enough to think that individually a person or a few can truly change the situation, but it is possible if everyone regulates themselves according to a balanced modus vivendi,” he adds.

Asked about his hopes for the future, he says: “The Homo sapiens [species] has reached its limit. Now the latter [humanity] is completely absorbed by technological systems—and we have come to the end of that road—and are finding a balance between existing [in the world] and technology.”

Earlier this week, an image posted on the artist’s Instagram account shows him holding a sign emblazoned with the protest hashtag #cubarespira. The post says: “While Cuba sent two medical delegations to Italy to fight Covid-19, the Unites States is blocking the purchase of ventilators to Cuban hospitals.”

Pistoletto had an exhibition in the opulent setting of Blenheim Palace, UK, in 2016 when he showed important works such as the 1967 piece Venus of Rags, consisting of a copy of the goddess statue standing in front of a giant pile of disused clothes.