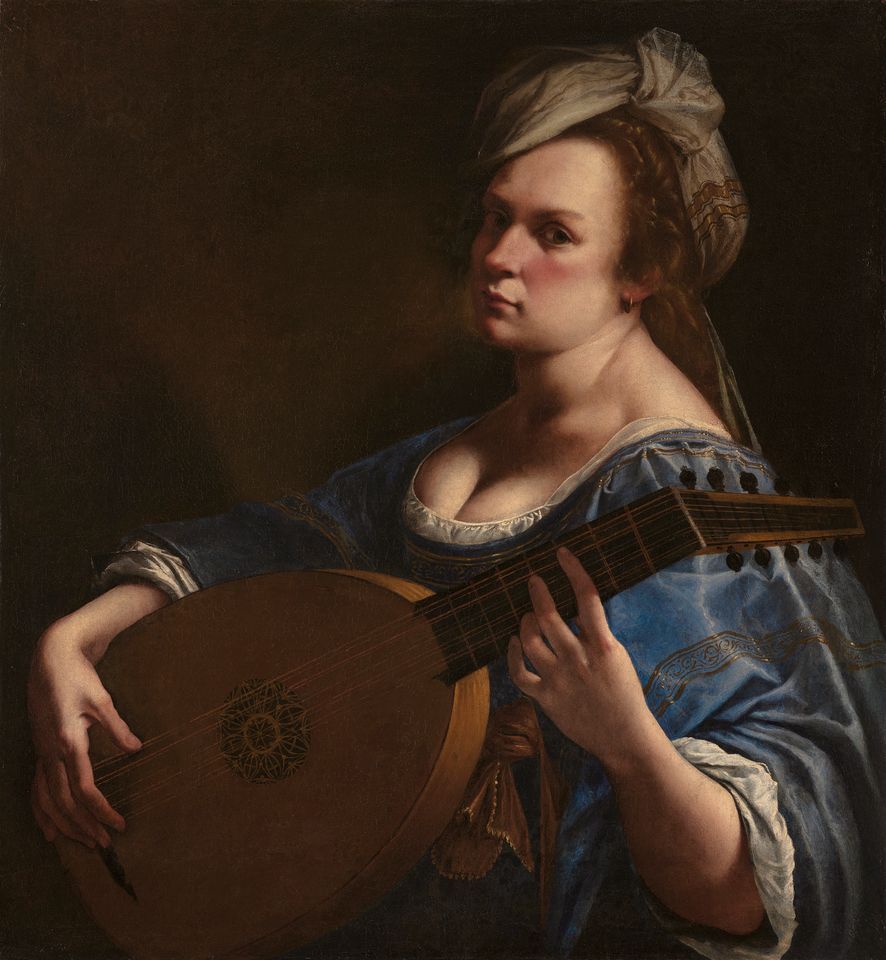 Artemisia Gentileschi, Self Portrait as a Lute Player (around 1615-18) © Wadsworth Atheneum Museum of Art, Hartford, Connecticut

The National Gallery in London's postponed and much anticipated Artemisia Gentileschi exhibition will now open on 3 October, running until 24 January 2021.

Today it was announced that the show will include the original transcript of the Rome trial when Artemisia, aged around 18, accused fellow artist Agostino Tassi of rape. Despite widespread interest in the trial in recent years, the legal record has never been exhibited before. It is in a large volume of tribunal proceedings which is 15cm thick. The loan was negotiated after the National Gallery catalogue went to press.

The bound volume, now at Rome’s Archive di Stato, will be opened at the page for 14 May 1612, when officials asked Artemisia whether she would be willing to confirm her earlier statement under “judicial torture”. This was a legal procedure under which testimonies would be established as “true”. Artemisia agreed to comply: “Yes sir I am ready to confirm my testimony again under torture and wherever necessary”.

The National Gallery had originally scheduled Artemisia from 4 April to 26 July, so it was due to open a few days after the coronavirus closure. The loans have had to be renegotiated, and virtually all have been now been confirmed. Thirty works by Artemisia (1593-1654 or later), the daughter of the artist Orazio Gentileschi, are promised. Half will come on loan from Italian lenders. Also on show will be a portrait of Artemisia by Simon Vouet (1623-26), from a collection in Pisa.

The dates for the show are those originally scheduled for Raphael, which has recently been postponed to an unannounced period in 2022.

Artemisia was predicted to be a blockbuster, but with visitor numbers limited by social distancing, it may well only be able accommodate around a quarter of the number originally expected. Tickets are to go on sale later in the summer, but are likely to sell out quickly.

Letizia Treves, the National Gallery curator, says that “it’s been a long time coming, but Artemisia will finally get her moment in the spotlight”.

* To hear National Gallery curator Letizia Treves talk about the growing trend to bring female Old Masters to the fore, listen to our podcast