Artists deliver climate-change message that time is running out

They are increasingly sounding the alarm on global warming, through new works and collaborations with scientists 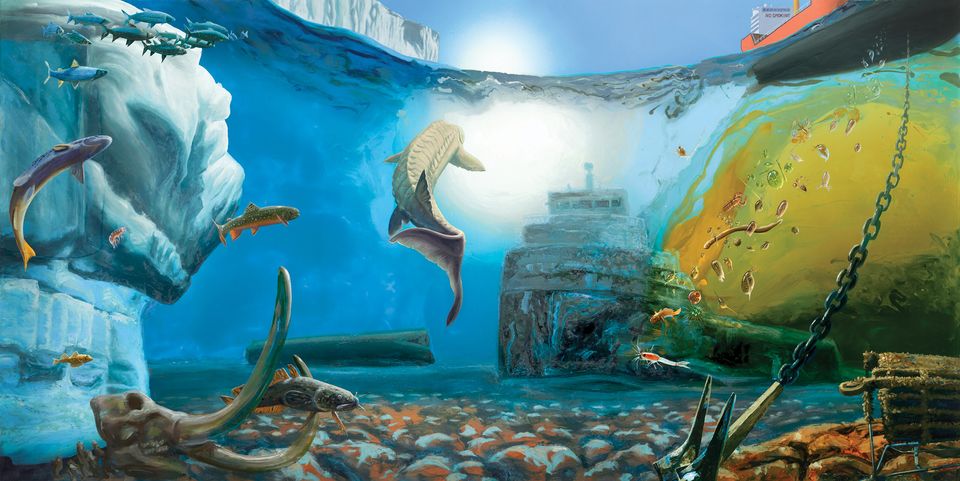 A sense of urgency is at the heart of a number of climate change-themed exhibitions and projects in the US and Canada. Mel Chin, Douglas Coupland and Edward Burtynsky are among the many artists behind current and forthcoming works that look at environmental issues, and the pictures they paint of the future are stark. “We are fucked,” says Alexis Rockman, whose Great Lakes Cycle series of paintings is now touring the US. “You can’t even imagine what is headed our way in terms of fresh water.”

Rockman, who has been creating ecologically minded work since the 1990s, often using materials such as soil and plants from the landscapes he depicts, says he is concerned that environmental problems are “unsolvable”. But, he adds: “I can’t think of anything more important to make work about.” As well as creating his Great Lakes Cycle, which shows both the richness of the fresh water ecosystem and the threats it faces from industry and climate change, Rockman has co-organised The Solace of Amnesia, a group show in Vermont that obliquely references the subject, based on works from the Hall Art Foundation’s collection (until 25 November).

Other shows take a more straightforward view. Indicators: Artists on Climate Change opened at the Storm King Art Center in upstate New York last month (until 11 November), with works by 17 artists including Mark Dion, Maya Lin and Mike Nelson. And in July, the final part of Mel Chin’s New York City-wide exhibition All Over the Place comes to Times Square with Unmoored, an augmented reality piece that presents a flooded vision of the site. “When you’re dealing [with] social [issues], it’s best to try to deliver something,” Chin told us before the opening of the show at the Queens Museum, which includes a work on the water crisis in Flint, Michigan. “Being aware and informed is not enough.”

Artists such as Justin Brice Guariglia, who is also in the Storm King’s show, take this engagement a step further by working directly with scientists. This summer, he is joining a group of climate scientists from the Woods Hole Research Center on a trip to study permafrost in Alaska as an artist-in-residence. The resulting work will be shown at the Anchorage Museum, which aims to send the show on tour through the lower 48 states. “We’re interested in more than social impact, we’re interested in social change,” says Julie Decker, the museum’s director. “Artists have the [research] mentality to connect with scientists, do deep dives into things and create high-profile projects that can start to create change.”

For scientists, bringing along an artist can help their research reach a wider public. “We’re always looking for different ways to communicate the science, because not everyone is out there reading scientific journals or New York Times articles,” says Alison Smart, the vice president for strategy and advancement at the Woods Hole Research Center.

“Artists are modulators of attention,” says Christine Shaw, the director and curator of the Blackwood Gallery at the University of Toronto Mississauga, who is organising a year-long festival in the Ontario city called The Work of Wind: Air, Land, Sea. Along with public programmes and publications starting this month, the festival will feature an exhibition of 13 artists projects opening in September, including a hot-air balloon made of community-sourced plastic shopping bags by the Argentine Tomás Saraceno and an installation by the New Zealand- born, Berlin-based Julian Oliver that has a wind turbine producing energy to mine cryptocurrency that is then used to fund climate research. “There is a narrative potency in the way artists are telling stories about climate change,” Shaw says. 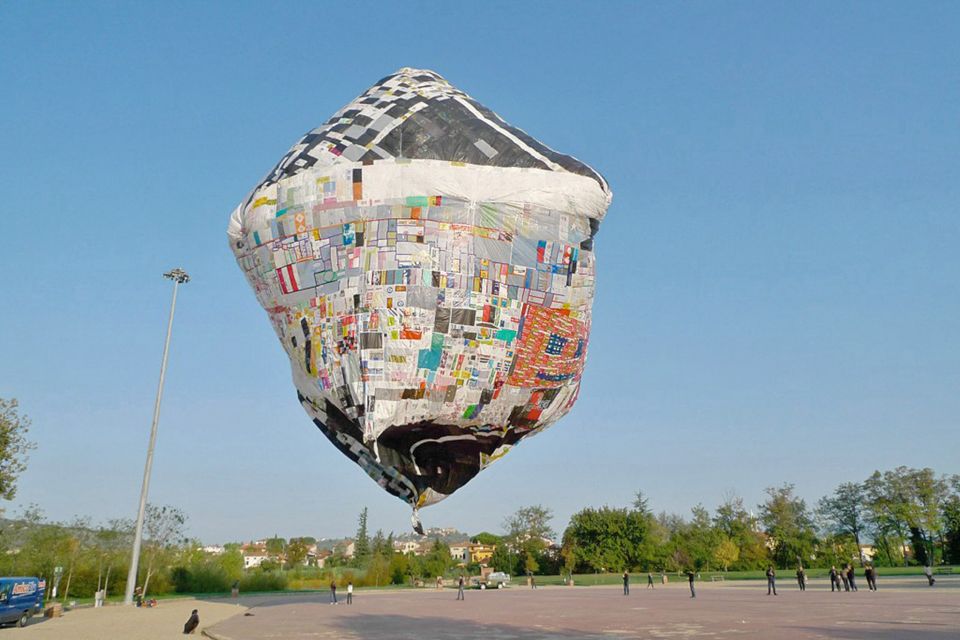 This power has become more important as the administration of US President Donald Trump works to dismantle federal regulations on industrial pollution, and the head of the country’s Environmental Protection Agency, Scott Pruitt, denies that climate change is caused by humans. (Pruitt is currently facing a dozen federal investigations into his spending and management, including his ties to energy lobbyists.)

“Our interest is in advancing scientifically sound climate policy, and right now that’s not happening on the federal level in the US,” says Dave McGlinchey, a spokesman for Woods Hole. “We have a very small window of time in which we can take effective action on climate change, and we are wasting that with an administration that doesn’t take the problem seriously.” Through their work, artists are making it clear how quickly time is running out.