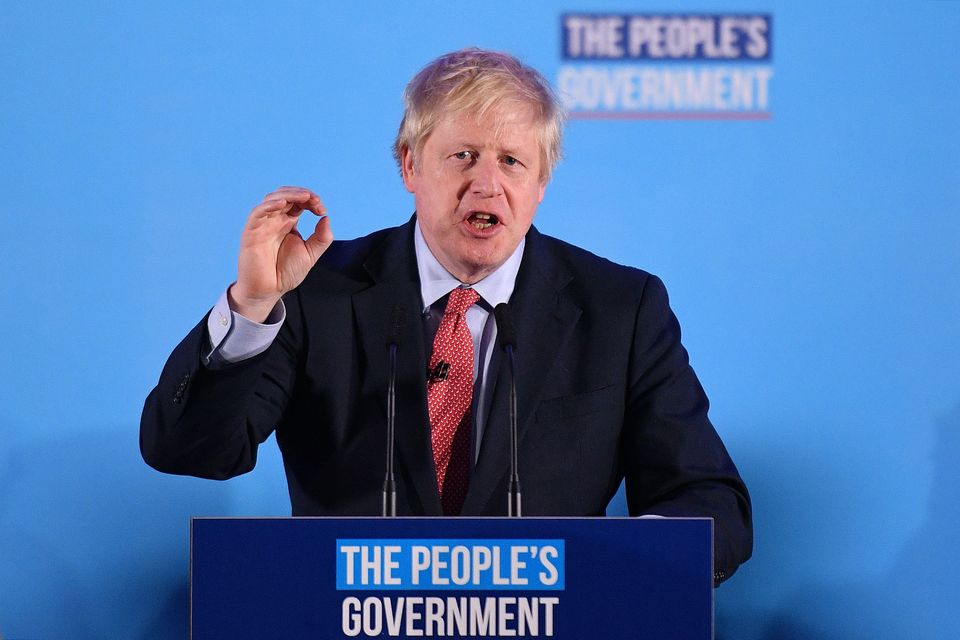 The Conservative party’s landslide victory in the UK general election has provoked strong critical reactions from artists and art world figures. The Tories secured 364 seats followed by Labour on 203 (649 seats declared so far out of 650), giving the prime minister Boris Johnson a majority of 78.

The artist Gavin Turk says that he is especially worried about the environment under the new government. “The Labour manifesto certainly had the best environmental policies. It seems that individualism, greed and consumerism are at the centre of the environmental problems and the voting population of the UK aren’t ready to acknowledge this yet. The youth coming through seem to offer a way forward and they should be supported.” According to the Conservative manifesto, the party will deliver its target of net zero greenhouse gas emissions by 2050 among other policies.

"Half of England is owned by less than 1% of the population. The ones now in complete control. Climate denialism rife in the government cabinet and will preserve privilege and profit," add the artist duo Ackroyd & Harvey. They say that the way forward is not politics but radical actions and radical art. "[We] hope that the results today and where they will lead will galvanise more people into understanding the severe threat that life on Earth is facing!"

Martin Parr, known for his documentary photographs of UK society both pre- and post-Brexit, tells The Art Newspaper that he is “not really surprised” by the Tory landslide. “Maybe the bigger majority will help Mr Johnson to be a bit more One Nation [united], than he has indicated already. The only thing to be proud of is that Bristol again returned a full set of four Labour MPs—so a symbol of hope in depressing times.”

The Scandinavian artist duo Elmgreen & Dragset also waded in, saying that “people who have been humiliated by the Conservatives’ austerity policies for a decade [voted Conservative]! [...] It’s truly absurd. Art can only respond with absurdity on its own premises at times like these.”

The UK painter and photographer Nick Waplington, who showed works at Tate Britain in 2015, posted on Instagram: “I spoke to a boy yesterday who felt helpless because he is 17. I was that age in 1983 for the [Margaret] Thatcher landslide so I knew how he felt. There is a way back but truth needs to be central.”

Some commentators turned to the future direction of the Labour Party whose leader Jeremy Corbyn, will step down. Paul Clinton, the former Frieze editor and lecturer in curating at Goldsmiths (University of London), posted on social media that “this is so much more horrifying because it will lead to a power struggle that shifts the Labour party to the right, depriving the country of an alternative to austerity.”

In one of the most dramatic developments, Labour was swept aside by the Conservatives in its traditional heartlands such as South Wales and the Midlands. The existing Brexit withdrawal agreement is now due to be passed by parliament by 31 January.