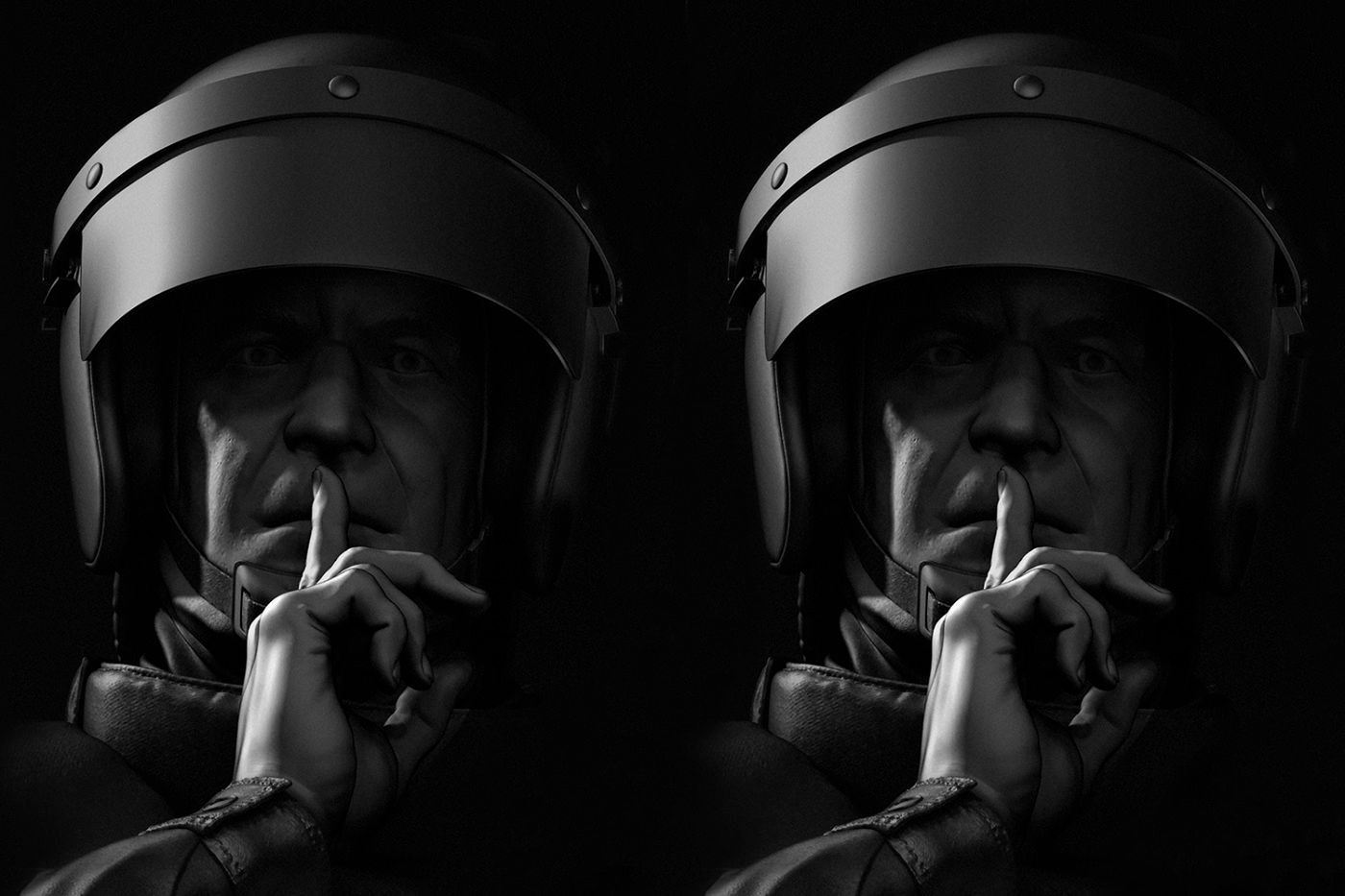 Silence by Democracia appears on three LED screens in the Świętokrzyska metro underpass and throughout Warsaw in the run-up to, and beyond, the second round of Presidential elections on the 12 of July Image: © the artists

In the run up to the presidential election in Poland yesterday, the Spanish artist collective Democracia took over LED screens in Warsaw’s metro and other sites in the city in protest over what they describe as the “rise of authoritarianism and fascism”. Their work, titled Silence!, shows police in riot headgear pressing their fingers to their lips.

Results released this morning give the ultra-conservative incumbent Andrzej Duda a narrow win of 51.2% over his challenger, Rafal Trzaskowski, the liberal mayor of Warsaw. The close margins may prompt challenges in court.

Despite “not believing in liberal democracy”, Democracia had hoped for “the lesser evil” to prevail in the election. “We hope that the opposition to Duda will grow as much as possible, not only in the polls but on the streets too,” they said on Sunday.

Speaking at a campaign event last month, Duda claimed that “LGBT ideology” was “more destructive” than communism before signing a declaration in which he pledged to “protect children against LGBT ideology” and to ban the “propagation of LGBT ideology in public institutions”.

Democracia describe some of Duda’s comments as “openly fascist”. For example, the artists say, when Duda compared LGBTQ communities to coronavirus. “We already know from history what these type of eugenical comparisons have been used for when applied to certain human groups,” they say.

Their posters were installed in collaboration with a/political and Biennale Warszawa, a public institution that was recently attacked by the leaders of the nationalistic Independence Day March Association, who called it “a member of an international, communist movement, that aims at forceful overthrow of the governments across the world”. The group argued that the financing of an institution that is not in line with the dominant right-wing rhetoric is a potential crime. The attack led Democracia to “become involved in this debate and although Silence! doesn’t argue that the governments should be overthrown, it puts their authoritarian actions in a spotlight”, they say.

Earlier this year, Democracia installed Silence! in Houston, Santiago, and London—a reminder that “all governments exercise authoritarianism and coercion as a form of discipline”, the artists say. For now, however, the works will remain in Poland “to help the citizens stay vigilant in the aftermath of the elections, no matter the result”.