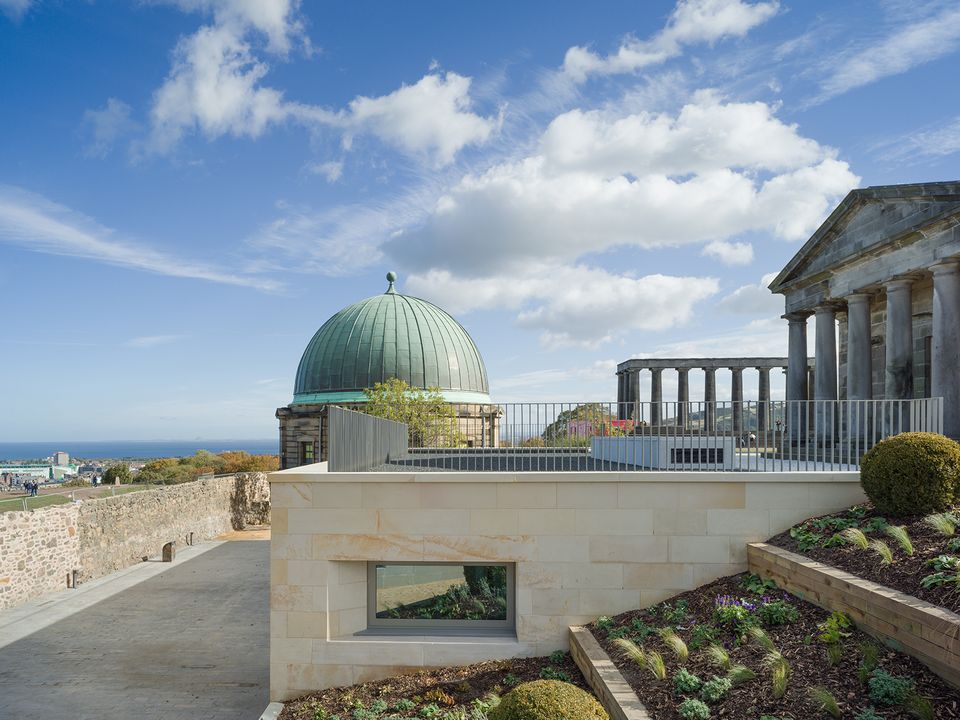 Edinburgh gets a new contemporary art venue, with the launch this week of the Collective space atop the city. The new gallery is housed in the neoclassical City Observatory on Calton Hill, the startling scientific monument that was designed in 1818 by William Henry Playfair.

The former City Observatory, which has A-listed heritage status but had fallen into disrepair, has been redeveloped as a free-entry gallery. But the £4.5m project—funded by the City of Edinburgh Council, Creative Scotland and the Heritage Lottery Fund, among others—faced delays after the 19th-century complex was found to have dry rot. “Reconstructing and renovating the venue has been a long and painstaking process. But we’re forward thinking; this will be a new model for the city,” says Kate Gray, the director of Collective.

The South African-born artist Dineo Seshee Bopape presents new work in the City Dome, the main circular gallery space (Affinity and Allusion, 24 November-31 March 2019). Bopape’s work focuses on notions of spirituality, cosmology, astronomy and astrology. “We wanted to work with an international artist who would present a very different narrative. The observatory is a temple to the Scottish Enlightenment; Bopape complicates that story,” Gray says. Dineo Seshee Bopape's [when spirituality was a baby] (2018), part of Affinity and Allusion on show in the City Dome Photo: Tom Nolan

The Affinity and Allusion series also includes a project by James N. Hutchinson, a founding member of the Gladgow-based curatorial cooperative Chapter Thirteen. He focuses on historical figures connected to the site, including the geologist Jessica Duncan, as part of Collective’s ongoing Constellations programme, a series of off-site, research-based commissions aimed at bringing people together to develop ideas and partnerships. “Hutchinson has followed the journey of people linked to Calton Hill whose stories are under the radar. He’s interested in invisible narratives,” says Gray.

German artist Klaus Weber’s quirky take on the history of the site is called The Nonument (24 November-20 January 2019). For the launch of Collective, he has made a new work “inspired by the rich history of realised and failed monuments on Calton Hill”, the organisers say.

Collective was first established in 1984 and moved from its space on Cockburn Street to a temporary gallery on Calton Hill in 2013. Turner prizewinners such as Martin Boyce and Jeremy Deller and Scottish artists including Moyna Flannigan and Callum Innes exhibited with Collective early in their careers.