Auction prices: the elephant in the room at Art Basel 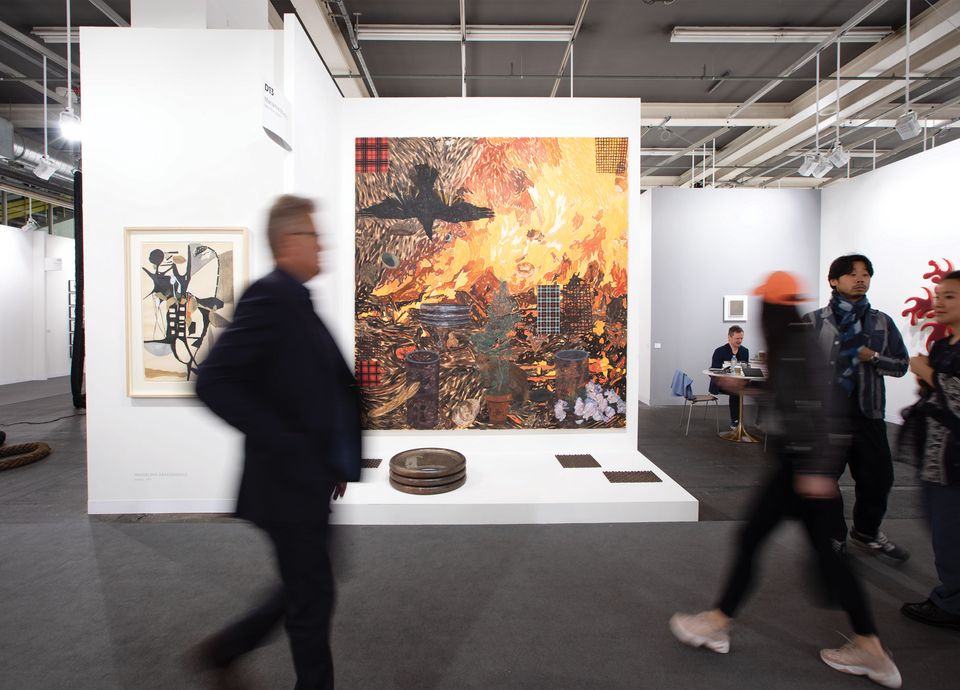 Art Basel is full of works by artists who set auction records in New York’s day sales last month. Yet, the first rule of art fairs is you don’t talk about auctions—why?

Auction results can be a sensitive subject among galleries that are tasked with protecting artists’ markets. “You can be building up your artist’s career and they can be doing amazingly on the primary market but have no traction at auction, which then leads to no secondary market, period,” the art adviser Lisa Schiff says.

Tension between galleries and auction houses has long existed, exacerbated now by the growth of online auction price databases. Set this against the opacity of pricing among many primary market galleries and it begs the question: what is the reference price for an artist’s work—auction results, which are publicly available but volatile; or the primary market prices, often available only to a select few? “Opacity of pricing helps the primary market maintain a monopoly,” says the collector Alain Servais.

Art Basel is no stranger to this tension—in 2013, the fair’s global director Marc Spiegler sent an email to exhibitors stating he had contacted Phillips, Christie’s and Sotheby’s about the behaviour of their staff. “For several years prior to 2013, the actions of some auction house staff on the show floor was becoming an issue. We heard complaints from many exhibitors, and thus reached out to the auction houses, and developed a policy,” says an Art Basel spokeswoman. “We still operate this process across all fairs and send reminders of this policy to auction houses ahead of each show.”

Auction houses also recognise this friction. “Auctions can establish a public price that may be much lower or much higher than what the gallery or artist would prefer,” says Rebekah Bowling, the co-head of Phillips’s contemporary art day sale. However, Nicole Schloss, the head of Sotheby’s contemporary art day auctions in New York, says: “It’s good for everyone when we reach a strong price for any artists, and we are incredibly thoughtful and rigorous when bringing the work of emerging artists to auction in particular.”

“Tension between the primary and the secondary market exists, it always has,” says Alex Logsdail, the executive director of Lisson Gallery. “It’s a gallery’s responsibility to ensure an artist’s market is stable. If someone buys a work and then flips it into an auction a year later, I wouldn’t sell to them again.” Increased prices at auction are, Logsdail says, “a double-edged sword—it boosts interest and demand, but if it gets too overheated too quickly, it can all fall apart”.

At Art Basel, Lisson is showing a 2003 work by the 73-year-old artist Stanley Whitney, whose record was broken twice in New York last month as two pieces sold for $337,500 and $362,500. The work in Basel is priced at $325,000 and Logsdail describes the rise of Whitney’s prices as “strong but not so fast that it would concern me. It feels organic.”

Another septuagenarian whose auction record was recently broken twice is Jennifer Bartlett, whose work is on show at Art Basel with Paula Cooper and Marianne Boesky galleries. The two records at Sotheby’s—$200,000 and $262,500—are, says Jay Gorney of Paula Cooper gallery, in line with gallery prices: “They had extremely low estimates—she has been undervalued for some time.” He says people are often overly influenced by auction prices instead of looking at an artist’s exhibition history and career, the traditional way of assessing value.

Marianne Boesky, who sold a large painting by Bartlett for $325,000 before the fair opened, with another at $275,000 on reserve as we went to press, says that the auction houses often “want us to know [when the gallery’s artists are included in a sale] so that we can promote and protect.” Boesky adds, “you don’t want to have bad results but you also want the market to be real, so you don’t want to prop something that can’t handle a price point.” Another director of a blue-chip gallery says: “We contact our clients who might not normally buy at auction to let them know that a work by an artist they collect is appearing with what looks to be a reasonable estimate, should they want to support that artist.”

Younger artists are of particular concern, and Schiff says: “With the records for Amy Sherald [$350,000 at Christie’s] and Calvin Marcus [$68,750 at Phillips] in New York, I think that’s trending, they’re so young. I find the rush for anything like that very speculative. Do I think that either should be at auction yet? No.”

While David Kordansky Gallery declined to comment on Marcus’s result (it is showing a new work by the artist), Marc Payot of Hauser & Wirth, which represents Sherald, says: “I would have preferred that [her work] had not appeared at auction because we still need to do a lot of work in terms of building up her institutional career.”

Hauser & Wirth also represents Rashid Johnson, whose record was broken twice during the New York sales, first at Phillips’s day sale ($500,000 with fees) then at Sotheby’s evening sale when Untitled Escape Collage (2019) sold at $1.2m with fees. His career has been “very stable in terms of the primary market and he has had a lot of museum shows”, Payot says. “The work we have at Basel is $475,000, which is much lower than the piece sold a couple of weeks ago but we don’t feel that, if there has been one strong result, we should then change our prices to that level.” That tactic paid off—the Johnson work sold yesterday.