La Gommeuse is being sold at Sotheby’s New York with a second, irreverent work on the reverse

Picasso’s La Gommeuse (1901) is one of only four Blue Period paintings to come to auction in the past 28 years, but its reverse offers an equally rare sight.

On the back of the erotically charged picture of a cabaret dancer, which Picasso created when he was 19, is a painting of the artist’s flatmate Pere Mañach. According to the inscription, the work appears to have been a gift to Mañach, but Picasso cruelly pokes fun at his friend by depicting him with a woman’s body, urinating among some flowers.

“In terms of its value, the painting of Mañach isn’t as important as the front,” says Helena Newman, the chair of Impressionist and Modern art for Sotheby’s in Europe—La Gommeuse is expected to fetch in the region of $60m. “But it gives a glimpse of the Picasso behind Picasso, it’s like looking over his shoulder.” 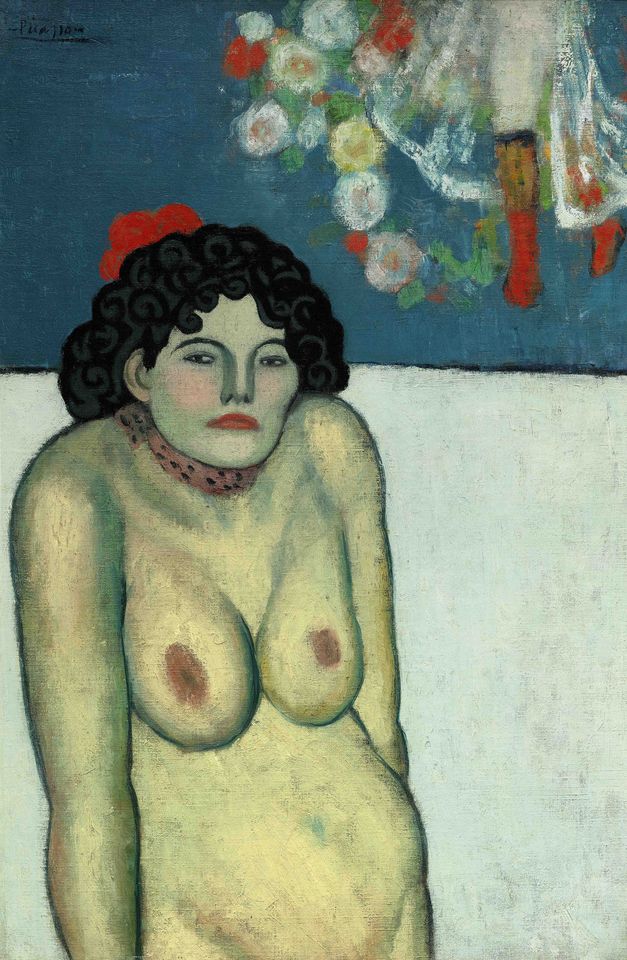 The sketch was discovered in 2000 when its present owner, the US billionaire Bill Koch, was restoring the painting and the lining was removed. “It was a complete surprise to everyone,” Newman says. Koch bought La Gommeuse at Sotheby’s in 1984 for £1.4m.

The painting was previously owned by the Austrian-American film-maker Josef von Sternberg, who discovered the actress Marlene Dietrich, casting her in his 1930 hit The Blue Angel, around a year before he bought La Gommeuse. Picasso’s dancer may have reminded Von Sternberg of Dietrich’s character, a sultry cabaret singer called Lola Lola.

La Gommeuse is on show at Sotheby’s London until 15 October and is due to go under the hammer in New York on 5 November.