"We appreciate the sentiment of encouraging people to wear face coverings,” says a spokesman 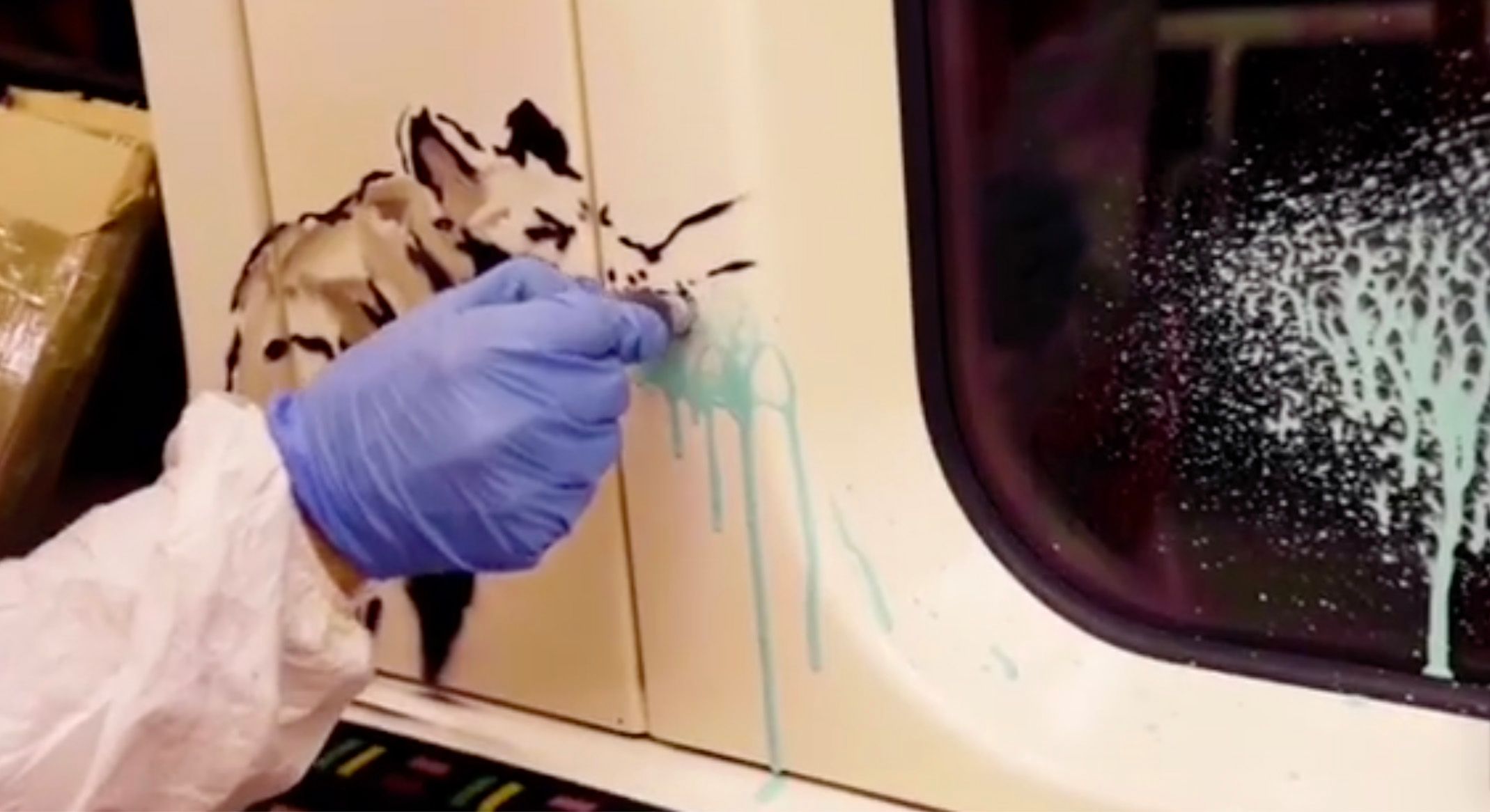 It is almost a cliché, the story of an unsuspecting cleaner disposing of a valuable work of art without realising it. After a London Underground train was graffitied earlier this week by the British street artist Banksy, cleaners dutifully carrying out their jobs wiped away the piece “due to [London Underground’s] strict anti-graffiti policy,” says a spokesman for Transport for London (TFL). Works by the artist often sell for several million pounds; last year a painting of chimps as MPs sold for a record £9.9m at Sotheby's auction house.

A video released on the artist's Instagram page showed the work, seemingly encouraging the public to wear face masks to combat the spread of coronavirus, being installed on the tube train. Anyone hoping to catch a glimpse of the graffiti after seeing the video on Tuesday, would have been disappointed though. “In this particular case, the work was removed some days ago,” says the spokesman.

However, the spokesman says that TFL would “like to offer Banksy the chance to do a new version of his message for our customers in a suitable location.” Wearing a face covering is already mandatory on public transport in the UK and the spokesman adds: “We appreciate the sentiment of encouraging people to wear face coverings, which the vast majority of customers on our transport network are doing.”

The London Underground has a long and rich history of working with artists, from commissioning a poster by Man Ray in the 1930s to a mural at Tottenham Court Road station by Eduardo Paolozzi’s in the 1980s. Art on the Underground continues to commissions several new works every year by contemporary artists, whether large scale installations at stations or the regularly updated cover for the pocket tube maps.