The street artist opened a pop-up shop in Croydon last year in a bid to protect his image rights, but was found to have “acted in bad faith” 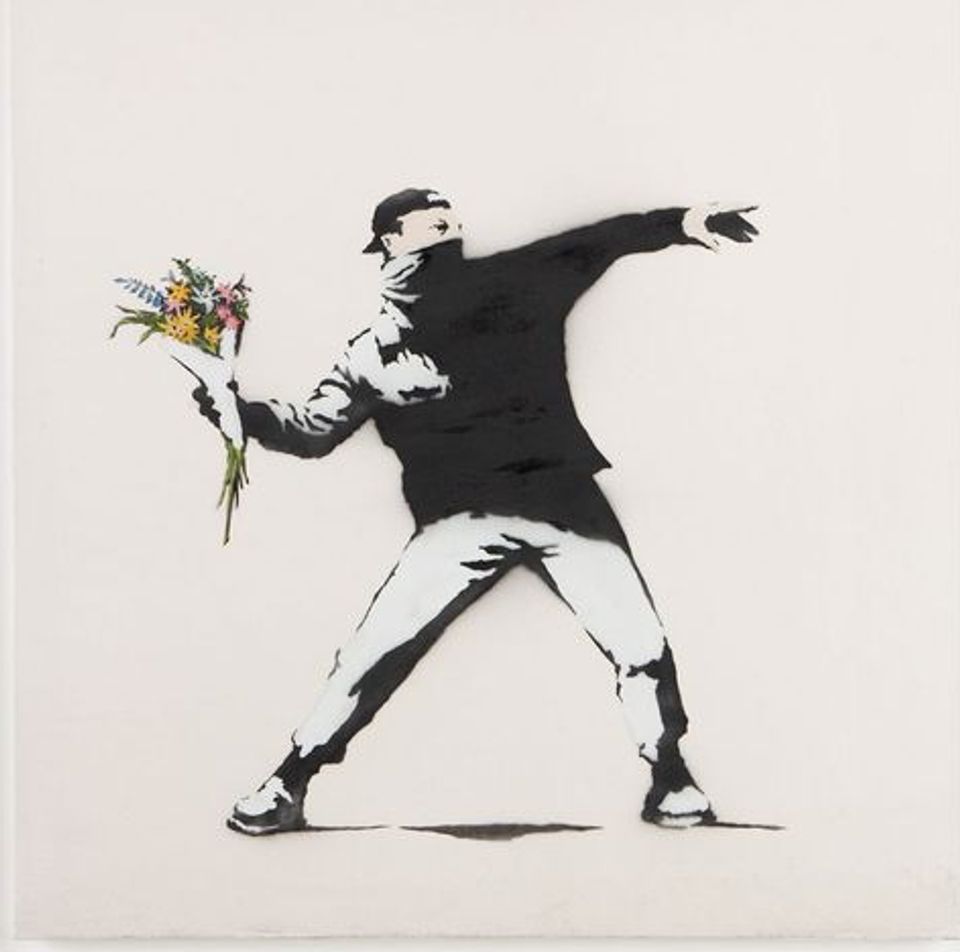 Banksy has been stripped of the trademark of his famous Flower Thrower image after a panel of judges ruled he tried “to circumvent the law” by opening a pop-up shop in Croydon, south London last October in a bid to protect his intellectual property rights. The panel also said Banksy’s anonymity undermined his case.

The ruling, by the European Union Intellectual Property Office earlier this week, comes after a two-year legal battle with the card company Full Colour Black, which contested Banksy’s trademark rights to his own name and imagery. The legal dispute prompted Banksy to open the store, called Gross Domestic Product—“possibly the least poetic reason to ever hold an art show”, the Bristol street artist said at the time. 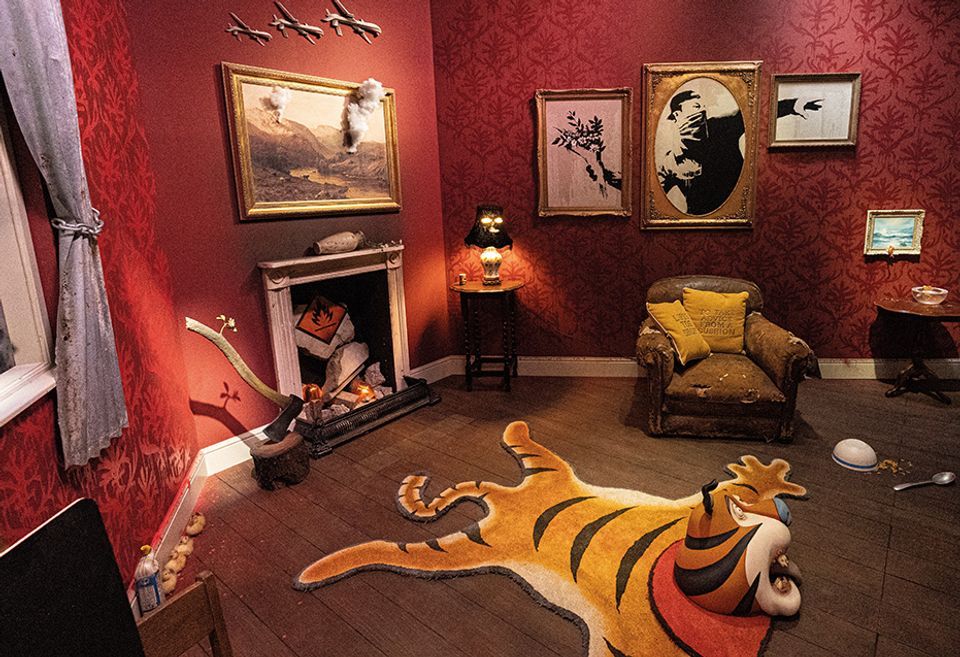 But Banksy and his legal team's reasoning backfired. As the judges put it: “By their own words they admit [it] was not genuine trade mark use in order to create or maintain a share of the market by commercialising goods, but only to circumvent the law.” Banksy had therefore “acted in bad faith”, the panel found.

Banksy first applied for an EU trademark of Flower Thrower in February 2014, 11 years after he first stencilled the image on a wall in Jerusalem in 2003. Three years later, in 2006, Flower Thrower appeared on the cover of Banksy’s book, Wall and Piece, in which the artist “positively extolls the virtue of disobedience to copyright and trade mark law”, the panel noted. As Banksy so succinctly put it: “copyright is for losers”. The artist also encouraged others to download his works for “amusement and activism”, but not for profit, according to webpages from 2010 and 2011 recovered by the panel.

Though only considering whether to apply Banksy's trademark, which covers brands and slogans, the panel also said any future attempt to exert copyright could be problematic as the artist maintains complete anonymity. They said: “Banksy has chosen to remain anonymous and for the most part to paint graffiti on other people’s property without their permission rather than to paint it on canvases or his own property.” If he cannot be identified as the “unquestionable owner of such works”, as his identity is a secret, the panel noted, “it further cannot be established without question that the artist holds any copyrights to a graffiti”.

The ruling could affect Banksy’s other applications to legally protect his creations in the UK, Europe and the US. Aaron Mills, a trademark lawyer at Blaser Mills, who represented Full Colour Black, told World Trademark Review: “If there was no intention to use then the mark is invalid, and there is also the question of fraud. In fact, all of Banksy’s trademarks are at risk as all of the portfolio has the same issue.”