Trying to find a common denominator in the current show at Pier 24—the massive photography foundation opened by the collector Andy Pilara on the San Francisco waterfront—is a brain game of the highest order. One gallery is filled with the modern-gothic images of Ralph Eugene Meatyard. Another has psychedelic colours and a music theme, with portraits of Bob Dylan, Janis Joplin and Aretha Franklin alongside visual riffs by John Baldessari and Christian Marclay.

Although previous shows have had loose themes, this one features ten substantial selections from different Bay Area collectors. They include Pilara, who is an investment banker; Susie Tompkins Buell of Esprit fame; Bob Fisher, the chairman of Gap; and Nion McEvoy of Chronicle Books. There is even a sighting of that art-world unicorn, Silicon Valley royalty who are beginning to collect art, as the show includes abstract photographs by Sara VanDerBeek and Wolfgang Tillmans among others, owned by Instagram co-founder Mike Krieger and his wife Kaitlyn.

Pier 24’s collection of collections provides a kaleidoscopic window into what makes the San Francisco photography scene so dynamic. “In other cities the choices are so often guided by curators,” says Frish Brandt, the president of San Francisco-based Fraenkel Gallery. “Here it’s so clear that buying is collector-driven and reflects individual interests.”

Now more than ever, the city seems to be the epicentre of serious—and sometimes seriously eccentric—photography collecting in the US, inspiring new galleries in the field and even a new photo fair. The open question, often just out of frame, is whether the next generations will follow in their footsteps. Is this streak sustainable? Pier 24’s director Chris McCall thinks so. “For younger generations photography is a passion—not just an area of collecting but a language that they feel they understand and are fluent in,” he says, adding that many today embrace photography, like the Kriegers, as part of a larger contemporary art collection.

Corey Keller, the photography curator at the San Francisco Museum of Modern Art (SFMoMA) has another take: “We are starting to find younger collectors,” she says. “The challenge for us is that they don’t all feel the need for institutional affiliation.”

As for the more established photography collectors in town, almost all have sought to work with museums—and with SFMoMA in particular. Its list of trustees reads like a who’s who of the photo community, including Pilara, Fisher, McEvoy, Carla Emil, David Mahoney and Pritzker who, with her husband John, funded SFMoMA’s 15,000-sq.-ft Pritzker Center for Photography that opened in May in the newly expanded building, giving the museum three times the previous space for photography.

Keller says that this depth and breadth of support is remarkable: “It means photography is supported by the museum from every direction, not just financially but intellectually. The trustees are real ambassadors for our programme,” she says. 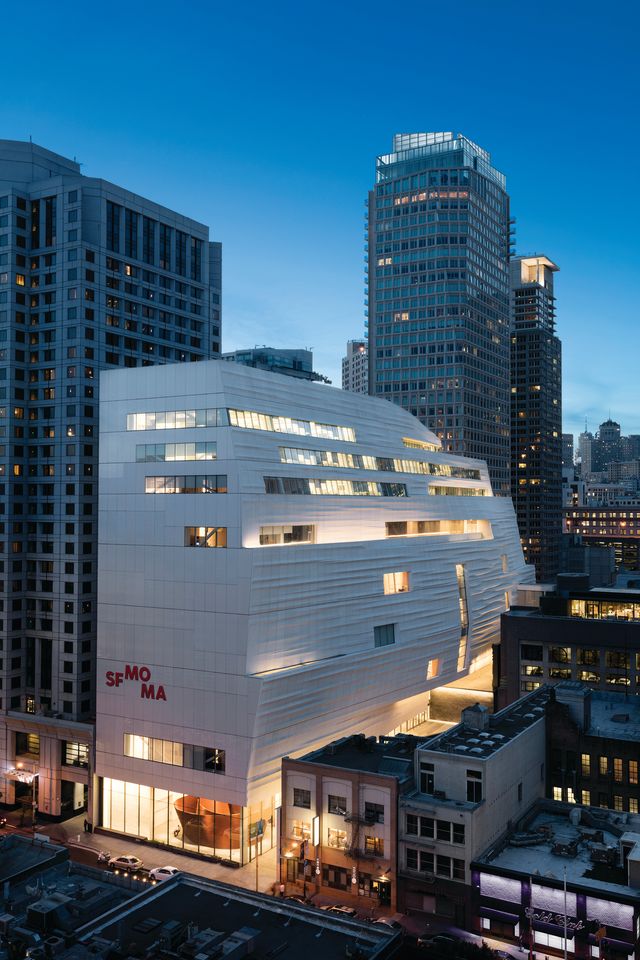 The admiration is mutual. McEvoy, the SFMoMA trustee who lent his music-themed photographs to the Pier 24 show, credits Sandra Phillips, the museum’s longtime photo curator, who retired in 2016, and the art dealer Jeffrey Fraenkel—who started his gallery in 1979 selling a Carleton Watkins album bought at auction—with turning so many museum-goers into photography collectors.

“Jeffrey Fraenkel and Sandy Phillips have hand-raised a generation of photo collectors,” he says. “Now, the community is reaching a level of maturity.” McEvoy for his part is planning on opening a new foundation space near the Minnesota Street Project gallery complex but is not far enough along, he says, to discuss timing or focus. Meanwhile, in January Phillips is due to be succeeded at SFMoMA by Clément Chéroux, currently the chief curator of photography at the Centre Pompidou in Paris.

Given this collecting base, it is not surprising that the team behind Photofairs Shanghai has decided to start its first US fair in San Francisco in January, sidestepping New York and Los Angeles. The fair is due to take place from 27-29 January at the Fort Mason Center, where the new and trending FOG Design+Art fair takes place two weeks earlier.

The Photofairs San Francisco exhibitor list is still in progress, but confirmed galleries so far include Ratio 3 from San Francisco, Rose Gallery from Santa Monica, and James Danziger and Edwynn Houk from New York. Fraenkel, who participates in FOG, is not on board.

“We are aiming for approximately 50% US and 50% international [galleries], which includes Asia, Europe, the Middle East and Latin America,” says Alexander Montague-Sparey, the fair’s artistic director.

He says the fair organisers were drawn to San Francisco because of its rich history with the medium. “Photography and photography collecting is in the DNA of San Francisco,” he says. “From Edward Weston, Ansel Adams, Imogen Cunningham and the founding of the F64 group in the city to today's Pritzker Centre for Photography at SFMoMA and Pier 24, the city has always been very respectful and celebratory of photography.”

As for those ever-elusive princes of Silicon Valley and other next-generation buyers, Montague-Sparey hopes the fair’s expansive vision of photography—and attention to “artists working in the medium in maverick ways”—will help draw them in. He mentions a curated platform, Insights, that “will specifically explore photographers to making unique—not editioned—prints using 21st-century techniques”. Examples include Meghann Riepenhoff, John Chiara and Matt Lipps.

Gallery openings This expanded vision of the field, where photo-making overlaps with painting, sculpture or installation and photographers consider themselves contemporary or conceptual artists, is also helping to reshape the gallery scene in town.

At the start of 2016, Fraenkel Gallery opened a second, more experimental, street-level space called FraenkelLAB that keeps evening hours and goes beyond gallery artists to show work “from any era in any medium”. A spring show organised by John Waters, Home Improvement, was especially strong on sculpture and assisted readymades from the domestic sphere that shared the writer and film-maker’s irreverence or wit.

And this year has seen the opening of two new galleries nearby: Casemore Kirkeby gallery and Themes+Projects, both part of the new Minnesota Street Project gallery complex. Casemore Kirkeby in particular has become a regular stop for photography collectors and curators. “I think there has been a need for another dedicated photography gallery, and Casemore Kirkeby has definitely filled a void,” says McCall.

Julie Casemore, who co-founded Casemore Kirkeby in 2016 after years of running the Stephen Wirtz gallery downtown, describes her programme as adventurous. One example is the recent show New Material, featuring eight young artists from Japan. “We weren’t certain as to how collectors would respond to this work, as it was untested in market and featured brand-new names, doing experimental works that include video and installations,” she says. “But the interest was really strong.”

Casemore reports selling around 40 pieces from the show, ranging in price from $2,000 to $15,000, with museum purchases under acquisition-committee review.

The affordability—and also accessibility—of photography compared to other forms of contemporary art has long been a selling point. In the catalogue for the current Pier 24 show, Pilara tells an amusing story about how his own collecting started in 1993 when he fell for a painting by Luc Tuymans at Art Basel and Tuymans’s dealer blithely offered to add him to the list. He knew he would be placed at the bottom. He flew home and switched to photography instead.

Insights: Organised by Alexander Montague-Sparey and Allie Haeusslein, the section will focus on unique prints

Connected: Organised by Lindsay Howard, the focus is on digital practices, including video and web-based work

Focus: Nishino makes large-scale digital “maps” of a city by walking the streets and taking thousands of photographs, cutting and pasting contact prints together in a collage, then digitally photographing and printing that collage as a large image that plays with perspective and scale.

Commission: The artist has just spent two months walking the streets of San Francisco to create a 6ft by 10ft print for SFMoMA that compresses the already-compressed city.

What: Talk to curators and collectors in San Francisco, and Larry Sultan’s name comes up repeatedly, not just as artist but as an influential teacher at the San Francisco Art Institute and later the California College of the Arts (CCA) before his death in 2009.