Basel Dalloul, the foundation’s managing director. The painting in the background is not among the suspected fakes Dalloul Art Foundation

Lebanon’s Dalloul Art Foundation has placed nearly 30 works it has purchased, worth upward of $1.25m, in “quarantine” while it tries to establish their authenticity, says its managing director, Basel Dalloul. The move comes as the foundation prepares to open the Museum of Arab Art in Beirut in 2020, which will house its collection of more than 4,000 works by Arab Modern and contemporary artists. The well-known Beirut art dealer, Saleh Barakat, confirmed that he has agreed to take back several works he sold to Dalloul, including one by the Syrian Modernist Louay Kayyali (1934-78) and two by Lebanon’s Saliba Douaihy (1915-94). Barakat has refunded Dalloul for some of the works, although Barakat declined to provide a figure. The two are working together to establish the authenticity of the works. “I respect the Dalloul collection and, as a gallery with a good reputation, we are responsible for anything that comes from us and we will take it back like any respectable gallery,” Barakat says.

Both Kayyali and Douaihy lack legal estates or foundations to monitor work, making authentication difficult. Douaihy’s widow and daughter’s whereabouts have been a mystery since 1998, Barakat says, but concern is particularly focused on Kayyali’s work. “Kayyali is a very important artist for Syrian and Arab modernity,” Barakat says. “If there is a problem we need to sort it out.” He plans to approach Syria’s Ministry of Culture for help in resolving the issue: “Some reference needs to be created for him, to eliminate all kinds of suspicions.”

Michael Jeha, the head of Middle Eastern art at Christie’s, confirms that the auction house is also investigating a work by Kayyali bought by Dalloul at auction three years ago, and says it has turned down at least three works by Kayyali for its London auction on 25 October. None are proven fakes, Jeha stresses, “but at the same time there is no list to show beyond any doubt that it’s right, and that’s the problem with Kayyali.” The lack of literature and expertise has fed concern about Kayyali for a while, Jeha says, keeping prices fairly low, with top works selling for around $150,000. “He is a highly faked artist,” Jeha says. “Of all the artists in the region, he has clearly become the most problematic.”

The Dalloul collection was ­compiled over 45 years by Basel Dalloul’s father, the Palestinian businessman Ramzi Dalloul, for an estimated cost of around $100m. Basel Dalloul has consulted the ­Paris-based C.N.E.S. Chambre Nationale des Experts Specialisés about one work by Kayyali that he claimed was created by waxing over a print collage. “Because this collection is ending up in a museum, we take these issues very seriously,” he says. “We don’t want one ending up on a wall that’s a fake.” The works in “quarantine” include several by Kayyali, Douaihy and the Lebanese artist Aref Rayess, one by the Iraqi artist Ismail Fattah, and two by Egypt’s Seif Wanly. Dalloul has raised concerns about suspect Kayyali works with two other auction houses and at least one other gallery. 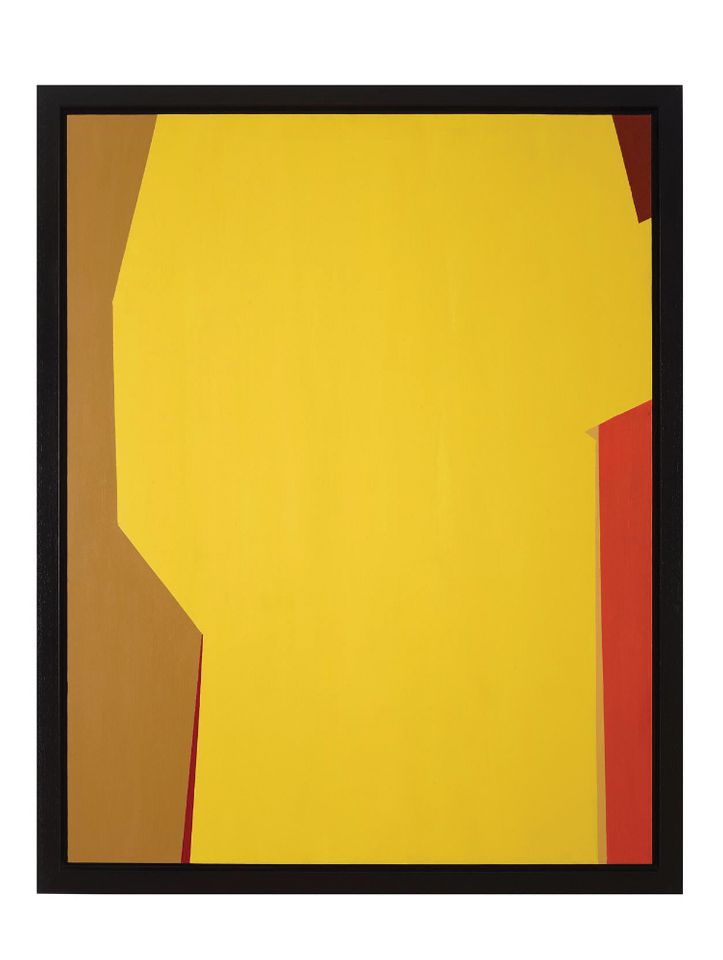 Kannoubine Valley (1972), which appears to be signed by Saliba Douaihy, is one of the Dalloul works in which authenticity is being questioned Dalloul Art Foundation

Sheikh Sultan Sooud Al Qassemi, the founder of the Barjeel Art Foundation in Sharjah, United Arab Emirates, says he has bought several fake works that have had to be returned. “Because of the conflict in the region, whatever documentation there was has often been destroyed. You cannot go to many libraries and research artists in Syria and Iraq because they have been bombed to smithereens,” Al Qassemi says. He believes that “people have been exploiting the chaos to forge works”, adding that “Syrian and Iraqi artists are the biggest problem.”

One fake bought by the Barjeel Foundation was allegedly a 1967 work by the Egyptian artist Gazbia Sirry (born 1925), acquired through a gallery in the Middle East which bought it at auction in Sweden. “She had been exhibited in Stockholm so it made sense,” Al Qassemi says. “We included it in our RE: Orient exhibition in 2013. One of Sirry’s friends took her the catalogue as a present. She said she didn’t paint it.” The gallery took the work back. Another, supposedly by Wanly, was bought at auction in the Middle East in 2013. “I had it hanging in my house and a couple of Egyptian scholars told me it was wrong,” Al Qassemi says. The case is still being contested.

Nonetheless, Al Qassemi believes the situation is not as bad as often made out. “There is a lot of talk that the Middle East is riddled with fakes, but we have almost 1,000 works in the collection, so to find four or five fakes is not that bad,” he says. “Yes, we need to be more diligent. Everyone in the Middle East is going through a profound learning experience, we’re on a sharp J-curve, trying to learn what Europe did over 100 years.”

Foundations have been established for Rayess and Paul Guiragossian, among others, and the first catalogue raisonné for a Middle Eastern artist, Mahmoud Said, was published in March this year. “For most of the leading Middle Eastern artists there are now authentication committees in place,” Jeha says.

However, the curator Rose Issa, who organised a non-selling exhibition of Middle Eastern art at the Beirut Art Fair in September, says more technical expertise is still needed—“people who do some minimum scientific work on what is on canvas, what is on paper, how to restore it, where are the signatures”.