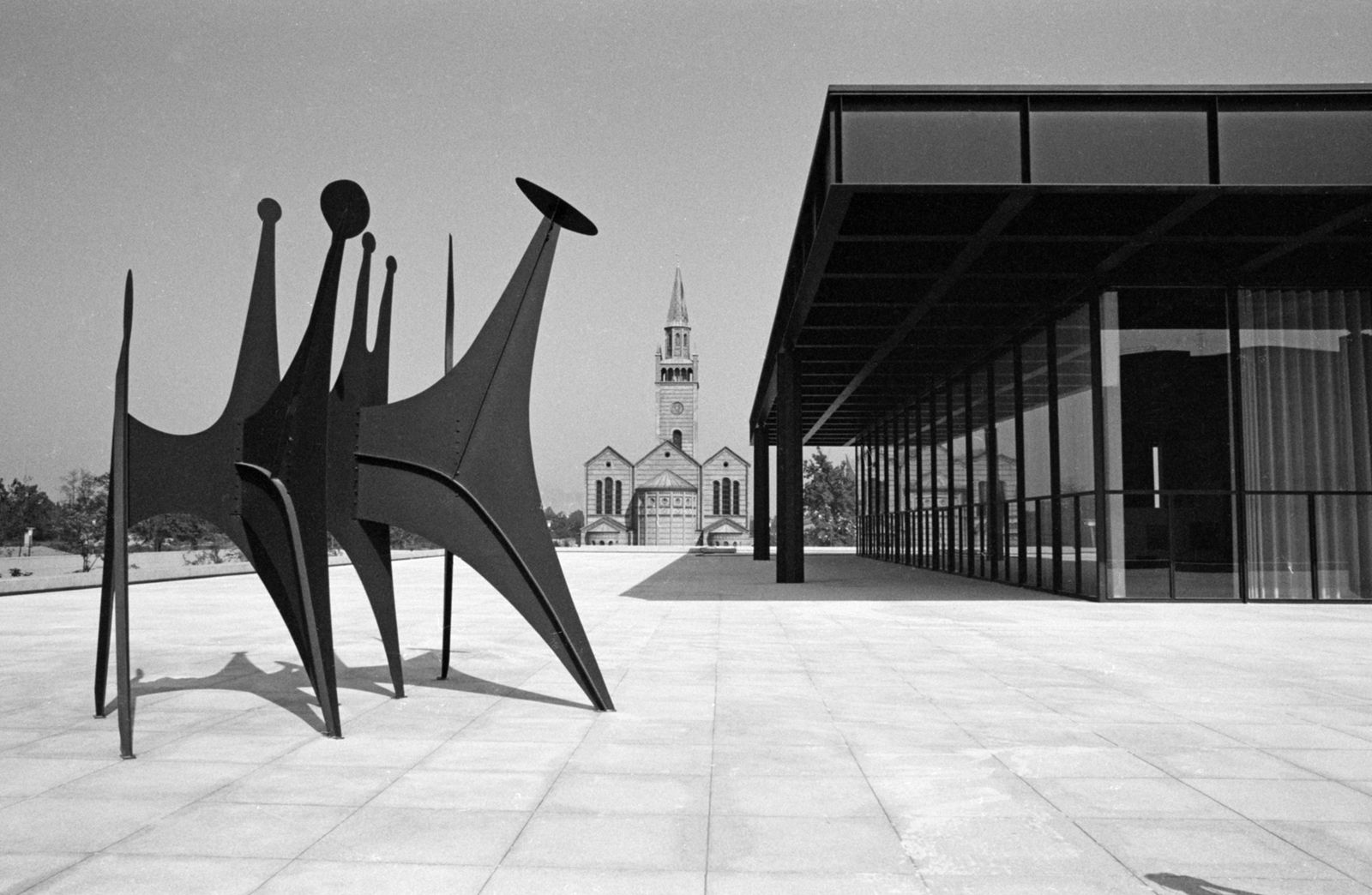 The Neue Nationalgalerie in Berlin is set to reopen in the summer of 2021, more than six years after it closed for renovation, with an exhibition of the American sculptor Alexander Calder in the temple-like steel-and-glass upper level of the building.

Designed by Ludwig Mies van der Rohe and first opened in 1968, the museum is undergoing a €100m modernisation and refurbishment by the Berlin-based British architect David Chipperfield, including new air-conditioning, additional security, new lighting, better disabled access and improved visitors’ facilities such as a cloakroom, café and museum shop.

The modernisation, the first since the museum was built, required the removal of all the interior fittings and stone cladding so that they could be restored and reinstalled. “The refurbishment does not represent a new interpretation, but rather a respectful repair of this landmark of the International Style,” David Chipperfield Architects says.

The Calder exhibition will allow visitors to see some of the works in motion, Berlin State Museums says. The museum will also display a film installation by Rosa Barba and a new exhibition of the permanent collection, called The Art of Society.

Funding has been approved for the construction of a new museum for 20th-century art next to the Neue Nationalgalerie, which lacks the space to exhibit Berlin’s vast store of Modern art. The planned building, a low red-brick construction designed by the Swiss architecture firm Herzog & de Meuron, is estimated to cost €450m.