Big birthday is a boon for Bauhaus 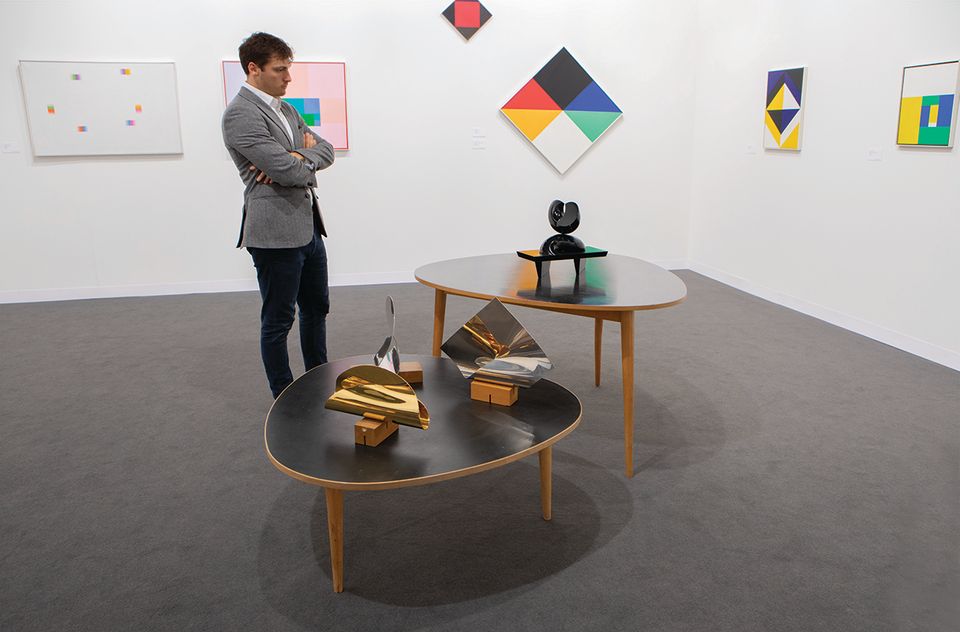 As the Bauhaus celebrates its centennial, the spotlight is on the hugely influential school of design founded by the Prussian architect Walter Gropius in 1919 in the central German town of Weimar. Many works by leading figures of the Modernist movement, underpinned by the motto “Thinking the World Anew”, can be seen at Art Basel this week, reflecting the growth in interest in both established and overlooked Bauhaus names.

In February, high prices were achieved for works by major Bauhaus practitioners included in Sotheby’s Impressionist and Modern art sale in London. Vertiefte Regung (Deepened Impulse) by Wassily Kandinsky, painted in February 1928 while he taught at the Bauhaus design school in Dessau, sold for £6m (est £5.5m-£7.5m). The abstract composition Segments (1921) by László Moholy-Nagy fetched £495,000 (est £300,000-£500,000).

Works by Moholy-Nagy are available at Art Basel with Kicken Gallery of Berlin, which is showing several pieces by the Hungarian photographer including Fotogramm III (1925-28), priced at €440,000. Hauser & Wirth has also given Moholy-Nagy a prime platform with a show in London of works dating from the 1920s to the 1940s (until 7 September).

Although interest in Bauhaus artists has grown in this centenary year, on the whole their work “is [still] undervalued”, says Iwan Wirth of Hauser & Wirth. The gallery represents the foundation of the underrated Swiss architect, artist, designer and Bauhaus pupil Max Bill, and is showing a survey in its Zurich space (until 14 September). At Art Basel, it sold one of his larger paintings, horizontal-vertikal-rhythmus (1943), for SFr1.5m (€1.3m). However, “this was a museum-quality work, and usually works are under half-a-million US dollars”, Wirth says.

The market likes neat definitions, and Bauhaus artists did too many things

The art critic Charles Darwent, author of the book Josef Albers: Life and Work, echoes the sentiment. “Apart from artists such as Paul Klee and Kandinsky, whose fame lay largely outside of the school, Bauhäusler [members of the movement] tend to be undervalued,” he says.

The Zurich-based dealer Larkin Erdmann, in collaboration with Galerie Knoell, is presenting a solo stand of Bill’s paintings and sculptures, priced between €100,000 and €400,000. Erdmann says the anniversary has led to a revisiting of the artist’s work. “It was a different scenario previously; people have come to realise how undervalued Bill’s market is,” Erdmann says. The dealer also points to interest from Latin American collectors, who see Bill and other Bauhaus artists’ influence on a generation of Brazilian artists such as Lygia Pape. 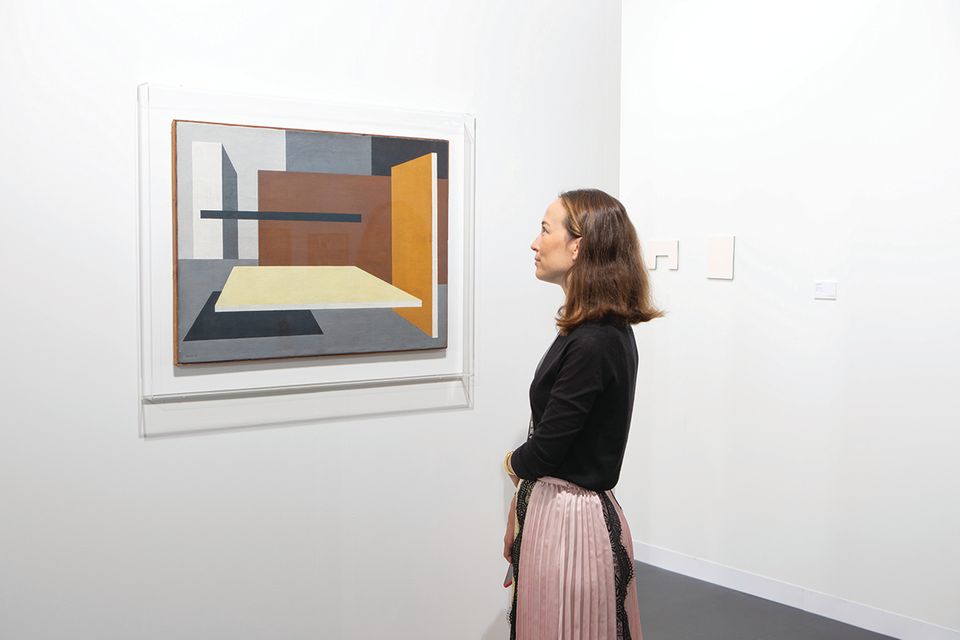 Another issue raised by dealers is the scarcity of quality material. “We are the exclusive distributors of all the Anni and Joseph Albers prints in the estate. It is indeed a rapidly diminishing supply,” says the London-based gallerist Alan Cristea who is showing Camino Real, a 1967 screenprint by Anni Albers, priced at $10,000. He adds that the appreciation and market for the printmaker and textile artist’s work has grown over the past few years largely due to museum shows in the US, Germany, Spain and last year at the Tate in London.

Museums are now keen to acquire works by less recognisable names. Several of the works by Bill have already sold to museums and private collectors, Erdmann says. Meanwhile, The Art Newspaper understands that a major museum in Hungary had planned to acquire Geometric forms in space (1924) by the little-known Hungarian painter Sándor Bortnyik, who created works in the Weimar studio of the architect Fred Forbát. The piece is available with von Bartha gallery.

How the market for Bauhaus will maintain momentum after the centenary passes remains to be seen. Darwent strikes a note of caution. “The market likes neat definitions, and Bauhaus artists did too many things: Josef Albers was a teacher and colour theorist, Oskar Schlemmer a designer and choreographer, and so on,” he says. “The polymathy of the Bauhaus counts against them.”