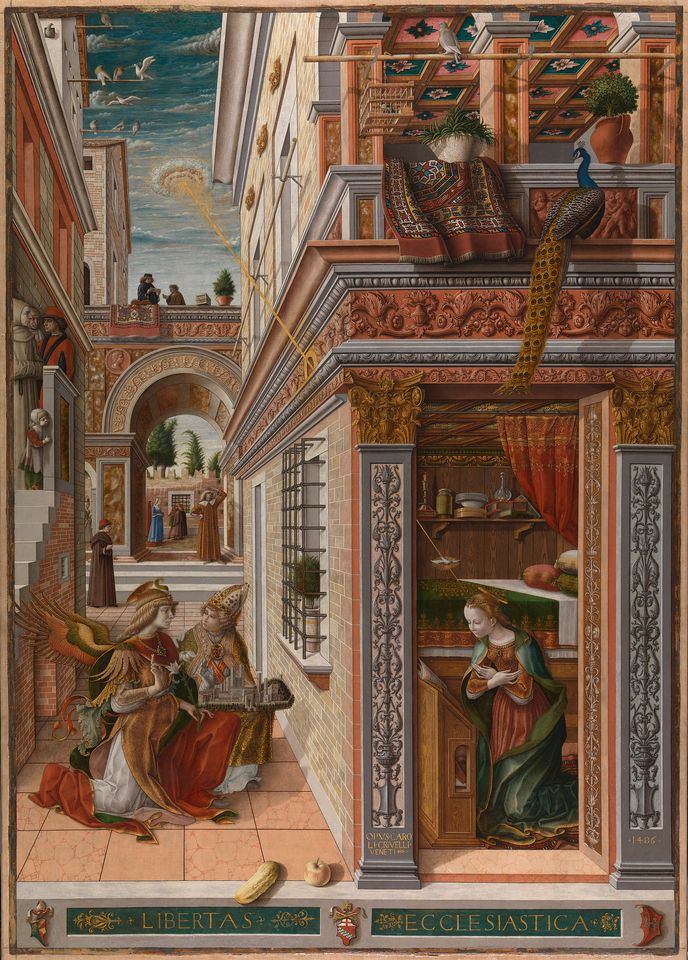 Birmingham’s Ikon Gallery has been named the first winner of the Ampersand Foundation Award, a new £125,000 grant for UK museums to realise a dream project. In a departure for the contemporary art gallery, it will organise the first UK exhibition devoted to the overlooked Italian Renaissance master Carlo Crivelli in summer 2021.

Where his peers such as Mantegna and Bellini have been celebrated for their innovations, art historians have cast Crivelli as a conservative for his highly decorative, late-Gothic style and erratic use of perspective. Unmentioned in Giorgio Vasari’s foundational 1550 compendium The Lives of the Artists, Crivelli “just wasn’t in the mainstream” and “there’s nobody quite like him”, says Ikon’s director, Jonathan Watkins. “I wanted to make an exhibition to make people realise how sophisticated he was.”

The winning show, Carlo Crivelli: Radical Illusionism in the 15th Century, will focus on the artist’s experiments with trompe l’oeil, which first fascinated Watkins as an art history undergraduate. In a 1988 essay published in Art International magazine, he compared Crivelli’s “visual trickery” with that of the Belgian Surrealist René Magritte. As a young curator, “the idea of doing a Crivelli exhibition would have been in my dreams,” he says. “I couldn’t have realised it then and it’s not easy now.”

Despite the “practical difficulties of moving fragile works on panels”, Watkins hopes to secure around a dozen paintings for the exhibition. The National Gallery in London—home to the world’s finest collection of Crivelli’s work—has already agreed to lend four key pieces. These include the two-metre-high altarpiece The Annunciation, with Saint Emidius (1486), described by the New York Times art critic Roberta Smith as “the mother of all Annunciation paintings”; The Vision of the Blessed Gabriel (around 1489); and two small predella panels Saint Catherine of Alexandria and Saint Mary Magdalene (both around 1491-94).

The exhibition will be free to visit “thanks to the generosity of the Ampersand Foundation”, Watkins says. Established in 2011 by the construction businessman and collector Jack Kirkland, the foundation will also provide £25,000 for a Crivelli publication. The four institutions shortlisted for the Ampersand award—Camden Arts Centre and South London Gallery in London, Firstsite in Colchester and MK Gallery in Milton Keynes—will each receive £5,000.

Open to applications from the 35 UK institutions in the Plus Tate group, the biennial award is designed to support museum curators and directors against a backdrop of austerity funding cuts. Watkins hails the “breadth and freedom” of the grants programme, which has no restrictions on the subject or format of proposals. “It’s like asking ‘what is your number one desert island disc?’—and who wouldn’t want to respond to that?”