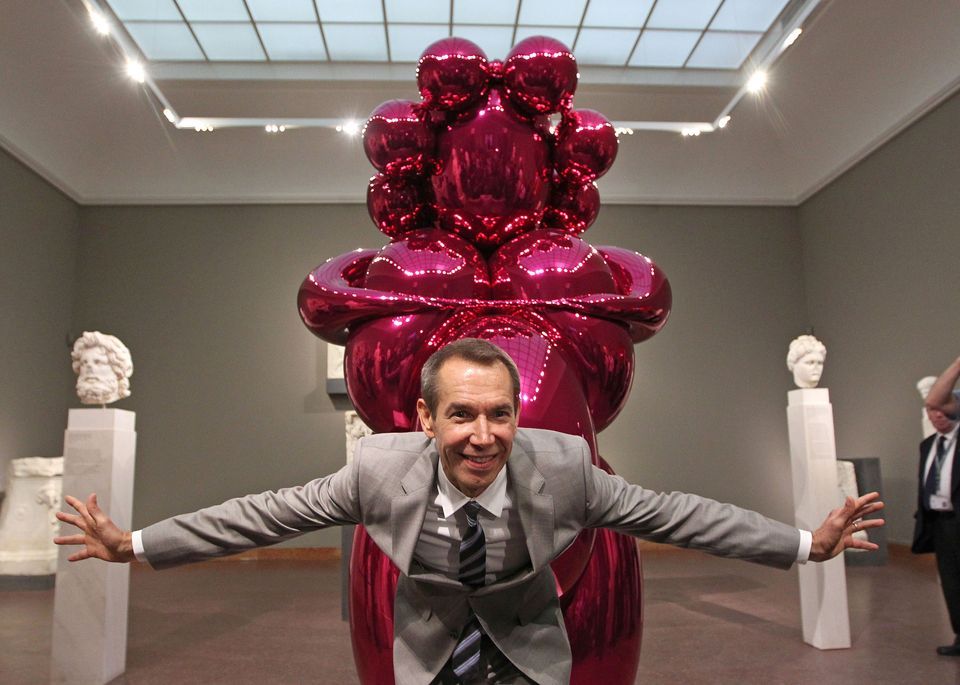 A number of high-profile artists and galleries received up to $5m in coronavirus relief funds, according to federal data released on Monday by the US Small Business Administration (SBA). The report disclosed businesses across the country that took advantage of loans in excess of $150,000 through the Paycheck Protection Program (PPP), enacted in March as part of the CARES Act to help small businesses financially affected by coronavirus shutdowns.

Mega galleries including Pace, Gagosian, Hauser & Wirth and David Zwirner all received loans of between $2m and $5m, while blue chip artist studios like those of Jeff Koons, Robert Longo and Julie Mehretu benefitted from between $150,000 and $2m in funds.

Touted as a stop-gap measure to support mom-and-pop shops through the pandemic, PPP quickly came under scrutiny in April for disbursing taxpayer-funded relief to large corporations and well-heeled commercial entities, after the initial round of funding quickly ran out. To legally qualify for the loans, business must certify in good faith that the current economic uncertainty makes the government funds necessary to make payroll payments in order to retain workers. Companies are not required to report how many jobs they retain to take the loans, but they must do so within 24 weeks to qualify for the loan to become a free grant.

Monday’s SBA report reveals that Zwirner says it retained no jobs with its loan. Indeed, Zwirner laid off around 40 employees last week—roughly 20% of the gallery’s staff—citing an expected 30% drop in sales by the end of the year. “The staff reductions are a function of the changed nature of our business and the near total disappearance of traditional workloads in certain departments,” Zwirner told Artnews. The dealer, for his part, has not taken a salary since March. “Close analysis of our business over the last six months has brought to light profound changes that I believe will not revert to the old normal until there is a vaccine or treatment.”

Pace says it retained 80 jobs with the PPP loan, although it furloughed roughly two dozen employees in April, and Gagosian says 203 jobs were saved, although the gallery laid off all part-time staff and interns. Koons’s studio reported that its $1m-$2m loan supported 53 jobs; the dealer and critic Kenny Schachter, however, previously wrote in his Artnet News column that the pop artist—himself worth millions and the most expensive living artist in the world—has allegedly not raised staff wages in nearly four years.

Sara Salamone, who owns Mrs gallery in Queens, says she received $6,250 after an arduous application process. “It’s not a lot of money but it was enough to keep us floating,” she says, adding that the funds are being used to retain her only employee. “I feel good about where we’re at right now, but I absolutely need to make some sales over the summer to keep us viable and ready to open fully again in September.”

Maureen Bray, the executive director of the Art Dealers Association of America (ADAA), suggests that more support for small businesses like galleries is needed. "The evolving circumstances with the virus still create a level of uncertainty as they try to plan for the rest of the year and in to 2021," she says. The ADAA’s Covid-19 Impact Report, released in May, projects a 73% loss in gallery revenue for the second fiscal quarter; 76% of the 160 galleries polled had applied for SBA loans. "The ripple effect of these types of projected losses are typically not fully apparent until subsequent quarters."

Bray adds: "I think the next few months are going to be critical, as we monitor what happens as a result of the virus, both in terms of gallery operations and sales channels, as well as collector activity."

Last Saturday, President Trump signed a bill to extend new applications for PPP through 8 August, but demand has been slower than when the programme was initially launched, part of the $2.2tr Covid-19 relief package passed by Congress in March. PPP has resulted in roughly 4.8m loans totalling $520.6bn that have been approved to date, the SBA says. Yet Salamone, like thousands of other small business owners across the US, is in the process of applying for another SBA loan, since businesses are only allowed to apply for a PPP loan once.

Moreover, PPP has left smaller galleries with no employees and sporadic revenue ineligible due to the qualifications required by the application. Even as lawmakers agreed to extend the programme, members of both political parties are demanding more detailed information on how the funds have been spent so far and others are calling for modification to help companies that are hardest hit by the pandemic or excluded from PPP in the first round. This week’s scramble to review and extend the programme came as Congress prepares to leave on a two-week recess amid a worsening economic outlook prompted by a resurgence of the virus across the US.