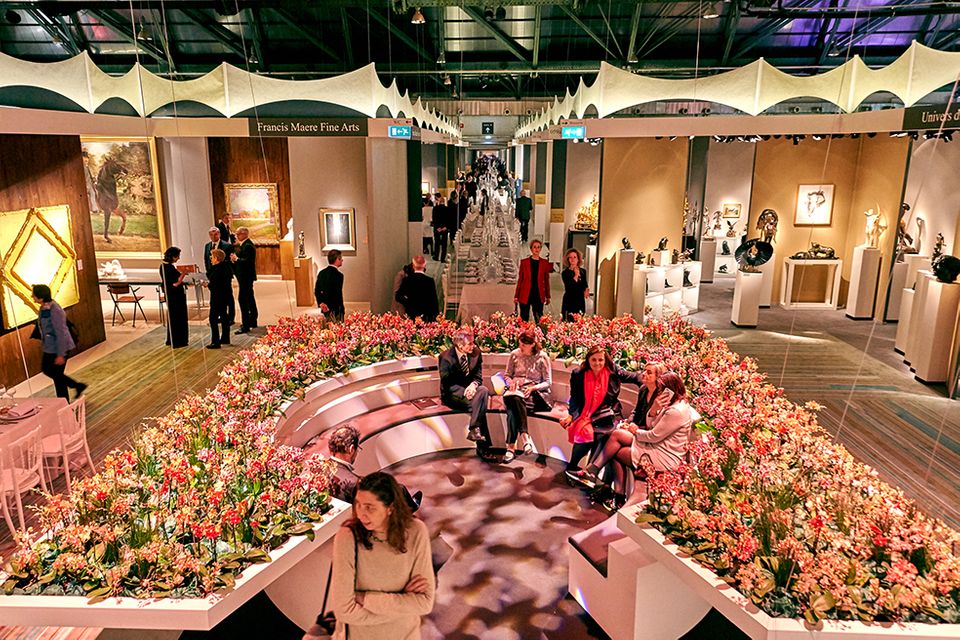 Brussels’ Brafa art fair (27 January—4 February) works to a slower rhythm than the frenzy of most contemporary art fairs, but in its quiet, elegant way, it does the business.

The fair, now in its 63rd year, is often referred to as “mini Maastricht”, due to its similarly diverse mix of European art, antiques and design. But in 2017 the better-known Tefaf Maastricht—twice the size at 275 exhibitors—had 71,000 visitors, while the last edition of Brafa saw a record 61,250. Not so very different.

“This fair is known on a world-class level for three areas: haute époque, tribal art and Belgian 19th and 20th century art,” says Nicholas Mullany, a London-based dealer in haute époque works of art. “It is difficult timing, just before Tefaf Maastricht [in March], but we would never drop this fair.”

Of the 134 mostly returning exhibitors, 14 are new, including Osborne Samuel, showing Modern and contemporary British art with a focus on Lynn Chadwick. Peter Osborne chose to exhibit this year as he has pulled out of the Palm Beach fairs and the Armory Show in New York, because the latter will clash with Tefaf. He described the VIP gala dinner on 24 January—when 1,850 clients invited by galleries take a seat at tables outside their stands in Tour & Taxis—as “one of the most bizarre things I’ve ever seen, but full of really big collectors.” 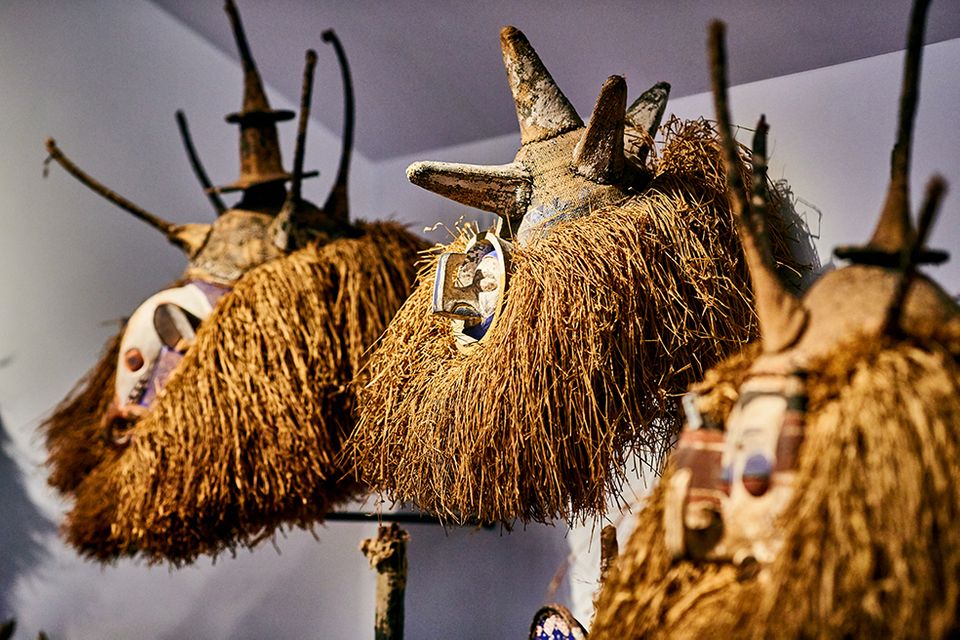 Yaka masks from the Democratic Republic of Congo on the stand of Didier Claes at Brafa A2pix/F. Blaise and E. Charneux

They come for the diverse yet edited offerings. Harold t’Kint de Roodenbeke, the Brussels-based Modern art dealer who is bidding farewell to his post as the fair’s president, says, “We’ve tried to open it up to contemporary art,” he says,“but now we have enough, I think.” He had sold 40 works by Friday, priced from below €1,000 to around €150,000, including “lots of Belgian and Dutch artists like James Ensor and Bram Bogart.” Bogart has, in particular, had a moment in the past year—the Tate Modern acquired his work and Vigo Gallery mounted a solo-show of his impasto relief paintings at Frieze Masters 2017. At Brafa, the majority of Modern art exhibitors had a work by him on their stand.

Among the numerous stylish displays of tribal art was Didier Claes’ wall of eleven Yaka masks from the Democratic Republic of Congo. By Friday, eight had sold, priced between €10,000 and €30,000, mainly to Modern and contemporary art collectors. “It took six years to build them up, from different Belgian collections,” Alexandre Claes says. “A lot of people took the raffia hair off, so it took a long time to find masks with it still attached.”

Another dealer who had a strong start was the Paris-based specialist in animalier sculpture Xavier Eeckhout, who early on sold nine (of 23) bronzes priced between €2,000 and €80,000. “The animalier market has grown,” he says. “When I started at Brafa ten years ago, a work by Albéric Collin was €8,000. This year, I have one for €70,000.” But size matters: “Horses, lions, panthers and elephants are much easier to sell than little birds.” 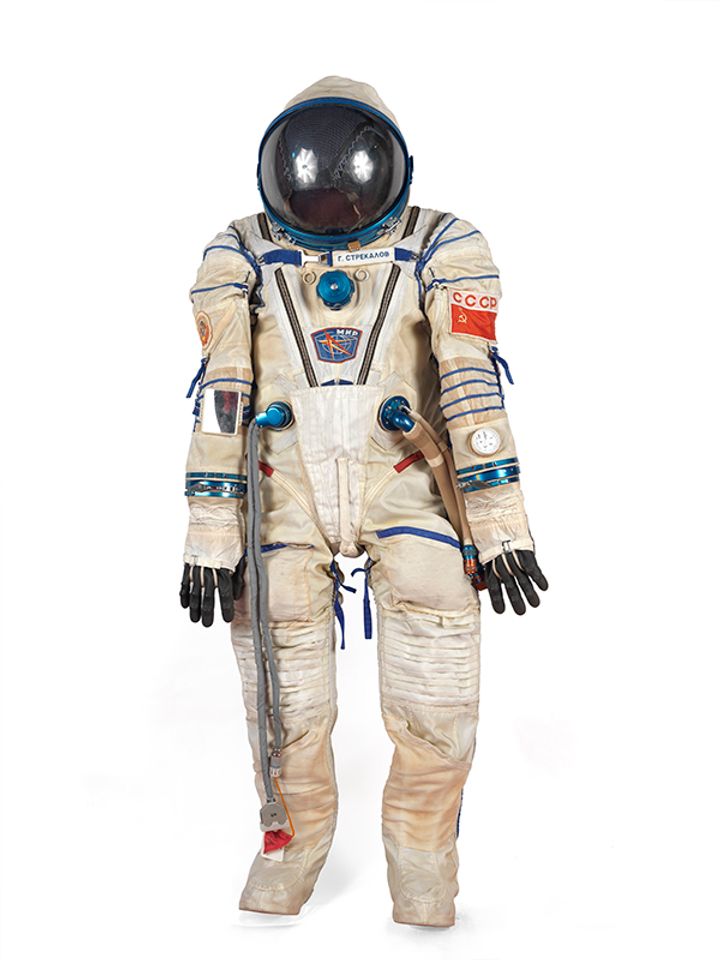 A spacesuit worn by the Russian cosmonaut Strekalov on the Soyuz 10 mission, sold by Theatrum Mundi for around €130,000 to a Belgian buyer A2pix/F. Blaise and E. Charneux

Other curiosities can be found at ArtAncient, a young London-based dealership, exhibiting for the first time with an innovative display pairing ancient coins with antiquities and natural history, such as meteorites. “We’ve waited four years to get into the fair”, says the director Costas Paraskevaides. By Thursday night, he had sold around 83 Cypriot Bronze Age pots (around €3,500 each) from the collection of the author and broadcaster Desmond Morris, including 22 to a young contemporary art collector who bought two shelves’ worth.

Theatrum Mundi, founded in 2015 in Arezzo, Italy, by the collector Luca Cableri, offers what is perhaps the widest span of objects, with an ancient Egyptian sarcophagus cover on one side of his stand and on the other a spacesuit, both sold to Belgian collectors. The latter was worn in space for 130 days by the Russian cosmonaut Strekalov on the Soyuz 10 mission in 1990 and was signed by him on the foot; the asking price was €130,000. “Belgian buyers are open-minded and curious, so although this is new to the fair, they have been very interested”, Cableri says.

Cableri’s Teenage Mutant Ninja Turtle film costume, however, had yet to find a buyer and is the only Leonardo one will see at Brafa. Old Masters are thin on the ground–there are only around five dedicated dealers, including Brussels-based Klaas Muller, who had nevertheless sold eight sculptures and paintings during the preview, including a 16th century Venetian School painting—possibly by Jacopo Tintoretto—for around €50,000 and a Frans Francken the Younger for around €30,000-€40,000. “There was an electricity in the air”, Muller says. “People seem relaxed in Brussels at the moment, not like after the terrorist attacks a few years ago. They are talking less and making decisions faster.”