Controversial president’s economic reforms may prove a boost for the country’s art market, despite worries about censorship 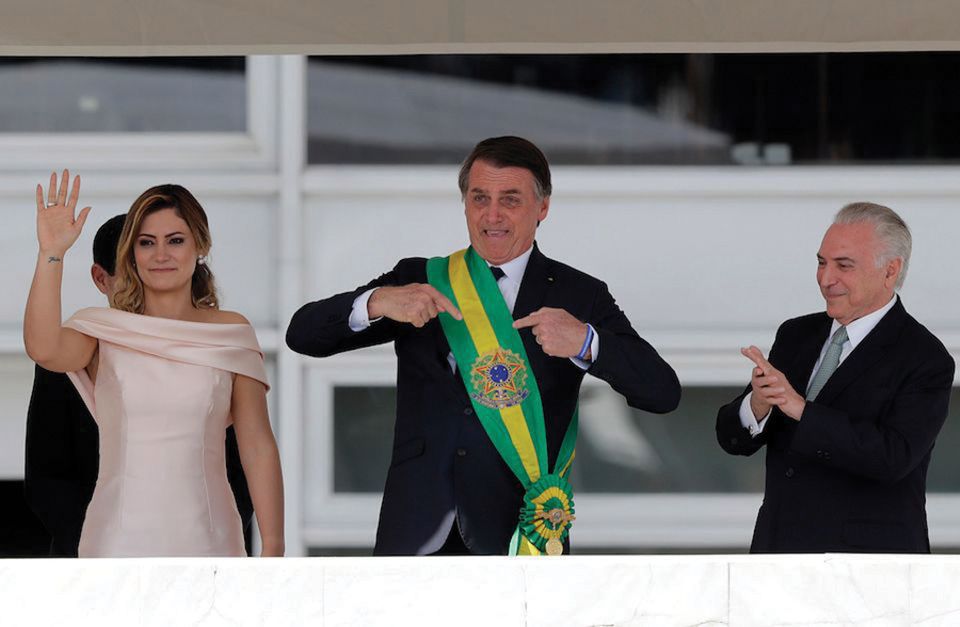 Jair Bolsonaro, seen here with his presidential sash at his inauguration, has sparked buyer confidence through his proposals. © AP Photo/Silvia Izquierdo

The cultural policies of Brazil’s far-right president, Jair Bolsonaro, have troubled the art world since he took office in January. Yet his financial reforms—the platform on which he largely ran his presidential campaign last year—may bolster business for Latin America’s largest economy, despite growing concerns over potential censorship, some dealers say.

Pedro Mendes of São Paulo’s Mendes Wood DM gallery believes Bolsonaro is “teasing” investors by promising deregulation, and many of his promises are “questionable” and not sustainable. Nevertheless, the Brazilian president’s proposals have sparked buyer confidence. “There is a rise in art collecting, especially [at] the middle-to-upper market, blue-chip, level,” says Mendes.

Many gallery owners agree that the market is stronger than a year ago. “It is a challenging moment for Brazil. Most collectors—in other words, those with disposable income—have high expectations from Bolsonaro,” says Alexandre Roesler of Galeria Nara Roesler in São Paulo. “[But] they think the economy can grow again in Brazil, as it did several years ago.”

Part of Bolsonaro’s economic programme includes hiring finance minister Paulo Guedes and a cadre of US-educated economists to rejuvenate Brazil’s sluggish economy while also bouncing the country to the right even faster than his most ardent critics anticipated. He dissolved the Ministry of Culture in January, while publicly attacking the “big-time artists” whom he claimed were getting rich off public money. He has also proposed getting rid of the Rouanet Law, which allows companies to reduce their income tax bill by investing in cultural projects.

“I don’t think he has a good policy regarding culture, or the well-being of society. I am worried… but people who buy art in Brazil, they are hopeful,” says Marcio Botner, the director of A Gentil Carioca gallery in Rio de Janeiro. He says that this year’s edition of the SP-Arte fair in São Paulo (3-7 April) will offer a clearer picture of the country’s art market under Bolsonaro.

A greater concern looming over the Brazilian market is that of censorship, which has long haunted the industry. Bolsonaro’s aggressive policy shifts against the arts, and reports of artists fleeing the country because of intimidation from his religious right-wing voter base have dented some dealers’ confidence in the future prospects for artistic production.

Mendes is among those worried about creative suppression spurred specifically by Bolsonaro’s Pentecostal voters, who in 2017 targeted the artist Antonio Obá, represented by Mendes Wood DM, for his video Acts of Transfiguration: Disappearance of a Recipe for a Saint (2015) in which he grinds a statuette of the Virgin Mary into a powder and pours it over his body. The right-wing congressman Magno Malta threatened to sue Obá for blasphemy. The artist, who exiled himself to Europe after he began receiving thousands of death threats, is currently in litigation over a suit brought against him by another offended group.

Yet Juan Eyhermendy of São Paulo’s Galeria Vermelho says the protests of the religious right are just “for social media attention”. Moreover, he says artists’ rights are not being repressed as they were during the country’s military dictatorship from the 1960s to 1980s. “We represent Claudia Andujar, a photographer who has documented Brazil’s indigenous people for 30 years and gives 33% of her earnings to the community. No one is coming to our gallery and telling us to take the photos down,” he says, despite some recent anti-indigenous reforms by Bolsonaro.

“Creativity flourishes in times of trouble. I am not saying that trouble is a good thing, but during the dictatorship, artists were very productive and [made] very high quality work,” Roesler says, adding that he does not see censorship “on the horizon”, though he senses that “artists are uncomfortable”.

Ultimately, Eyhermendy believes the outlook is promising, if difficult, for artists and dealers, noting that, historically, the country’s politicians have policed art. Now, however, he says there is more room for critique: “Art can maybe help police politics.”