Julio Villani's banners symbolise his “ongoing determination, revolt and despair” at the Brazilian leader's handling of the coronavirus crisis 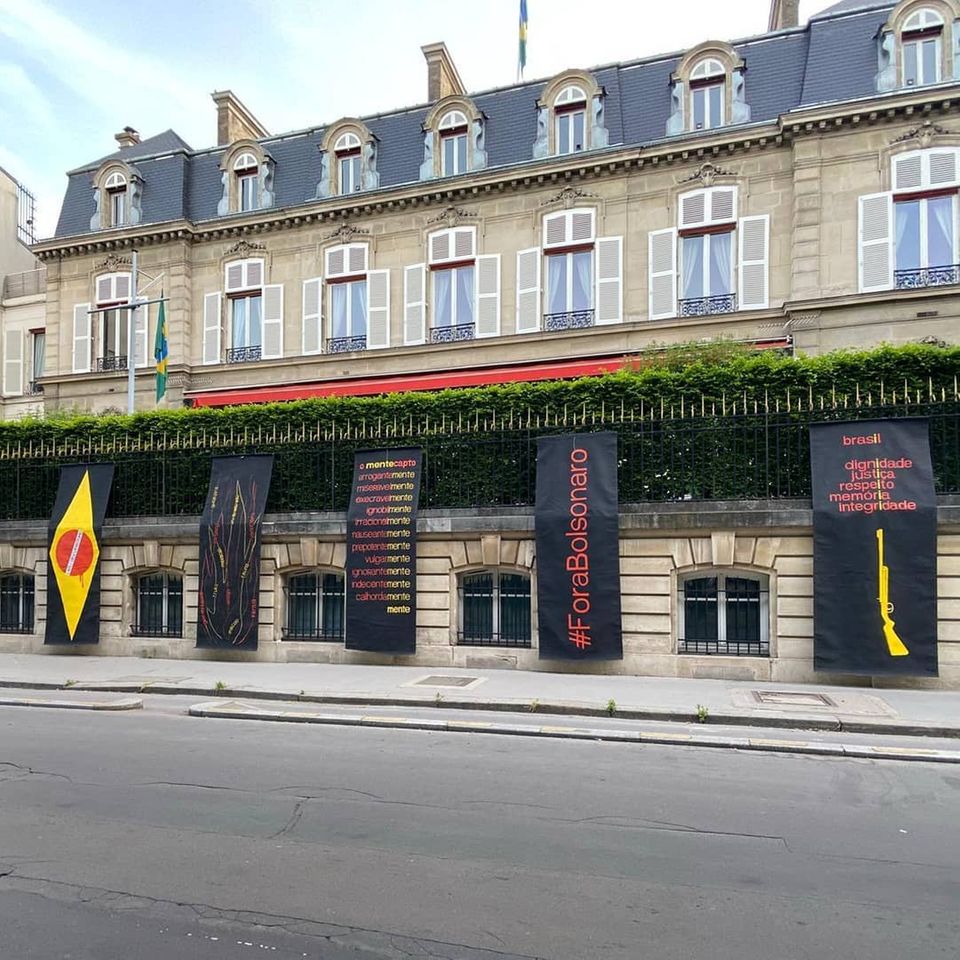 The Brazilian artist Julio Villani mounted a protest against the right-wing Brazilian president Jair Bolsonaro in Paris yesterday. Villani hung six black cloths on the façade of the Brazilian Embassy emblazoned with statements such as “impeach Bolsonaro” while a smaller white banner declared that “another Brazil is possible”.

The pieces symbolise the “ongoing determination, revolt and despair” the artist feels in the wake of Bolsonaro’s handling of the Covid-19 crisis, along with the president's "systemic attacks on cultural institutions, Indian and minority rights, and forest preservation". In early March, Bolsonaro claimed that the virus is a “small cold” that only afflicts the elderly population. Brazil has now recorded more than 310,000 coronavirus cases, placing it behind the US and Russia, which have the highest.

“The banners are a reference to the black cloths people are tying up at their windows and balconies in Brazil. The cloths are a sign of grief [over] Covid-19 and a [message of] support for medical teams but also a cry of revolt against Bolsonaro and his government, so I put black cloths at the windows of the Brazilian embassy,” Villani tells The Art Newspaper.

The protest pieces have since been removed; the embassy, located in the eighth arrondissement, declined to comment on the intervention. Villani adds: “I’m just doing what I can, and hope others will too. In every city, in every field, one can always do something to make ‘another Brazil possible’.”

According to a report published earlier this month in the medical journal The Lancet, Bolsonaro continues to sow confusion by “openly flouting and discouraging the sensible measures of physical distancing and lockdown brought in by state governors and city mayors”. Major Brazilian museums such as the Pinacoteca de São Paulo and the Museu de Arte Moderna in Rio de Janeiro remain closed.